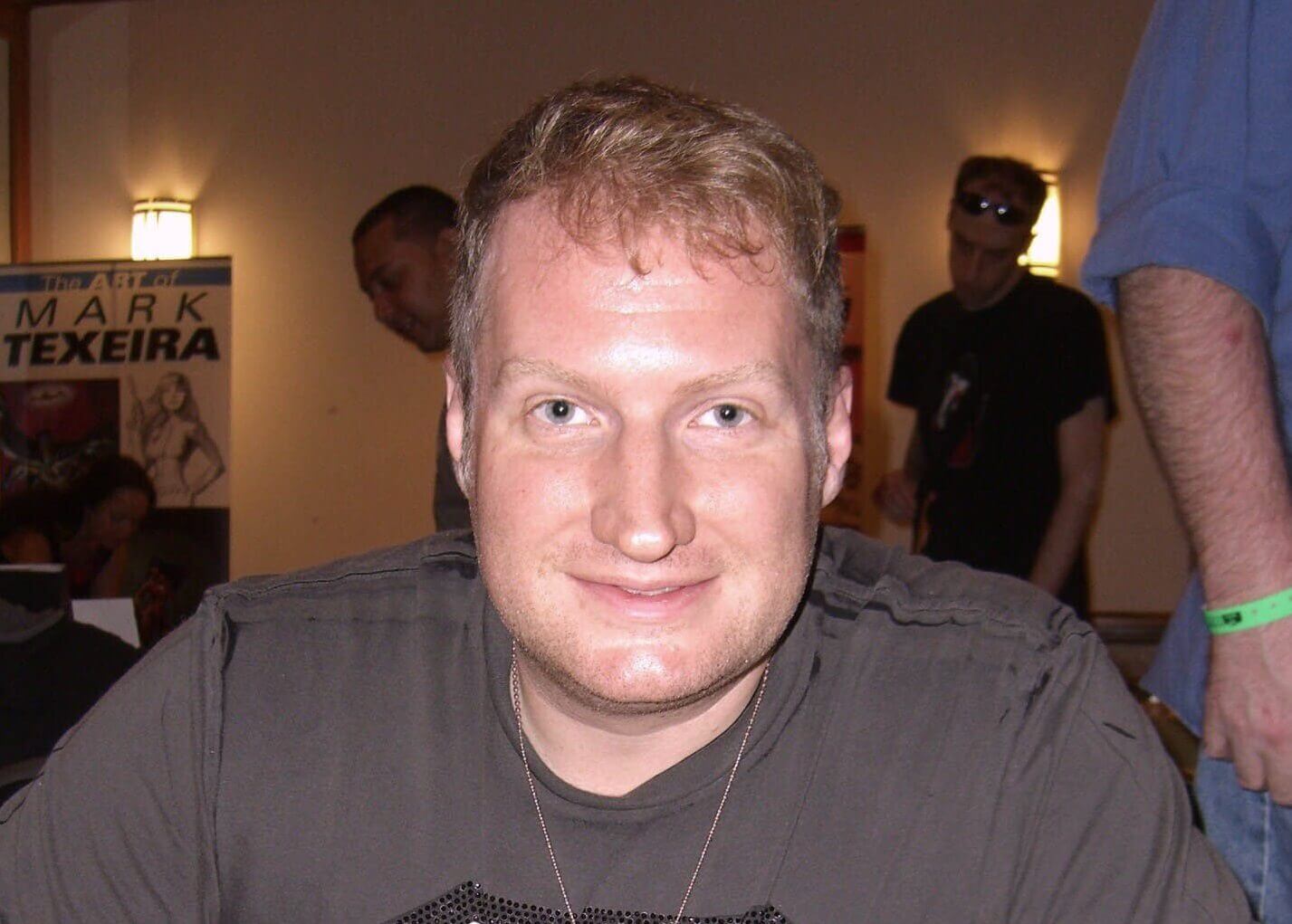 While Comicsgate – as an idea and as a mindset – has been around for much longer, the movement didn’t begin gaining real traction until 2017. What is Comicsgate? For those not yet educated in the matter, Comicsgate is a consumer-driven movement in retaliation to the prevailing practices within the mainstream comic book industry. Comic book fans and critics began noticing their beloved fandom start to stray away from what they wanted out of the product between 2011 and 2015, when the Big Two (Marvel and DC), as well as some other, smaller but well-known publishers, began implementing massive changes within their respective comic book universes, specifically in relation to altering many of their well-established characters. Both critics and creators were reasonably not happy with these changes, but it was only within the last couple of years, with the emergence of YouTube videos critical of these changes, that the idea of Comicsgate started to gain traction. There was then a true tipping point when a number of comic book industry pros found themselves under fire for their political and social beliefs in the workplace following the 2016 Presidential Election. Then began the Indiegogo campaigns, wherein those same cast-out professionals started their own crowd-funded comic books, the first of which, Iron Sights and Jawbreakers Lost Souls, were written by YouTube comic book critic Richard C. Meyer.

Meyer’s graphic novels were only the beginning of the Indiegogo campaigns, as soon the incoming pros who had been driven out of the Big Two began their own crowd-funded projects. Of these professionals, none had already built up their platform and relationship with their fans as much as Ethan Van Sciver. Known by his fans as “Uncle Ethan,” EVS was already a widely popular artist in the industry for years – “a twenty-five-year veteran,” as he’ll gladly tell you – having illustrated such iconic projects as Green Lantern: Rebirth, Flash: Rebirth, and many more. Leveraging his growing YouTube following on ComicArtistProSecrets, Van Sciver launched his campaign to revive his first, creator-owned comic book, Cyberfrog. The crowd-backed book, Cyberfrog: Blood Honey, was a smashing success, reaching record highs for a crowd-funded comic book by hitting over $628,000. Whether by design or by accident, Ethan’s following and charisma made him a de facto figurehead for the Comicsgate movement, with him even sitting down for a number of interviews to describe the movement. Van Sciver and other Comicsgate pros could have dedicated all of their time to their upcoming projects; however, they would regularly host “COMICSGATE LIVE” live streams in which they would talk about the movement and their projects, as well as bring on new faces to talk about their own projects. Getting onto Van Sciver’s live streams proved to be lucrative and successful for these newer artists, whose Indiegogo campaigns consistently became funded within the handful of hours of a single stream, and in many cases far exceed their funding goals. 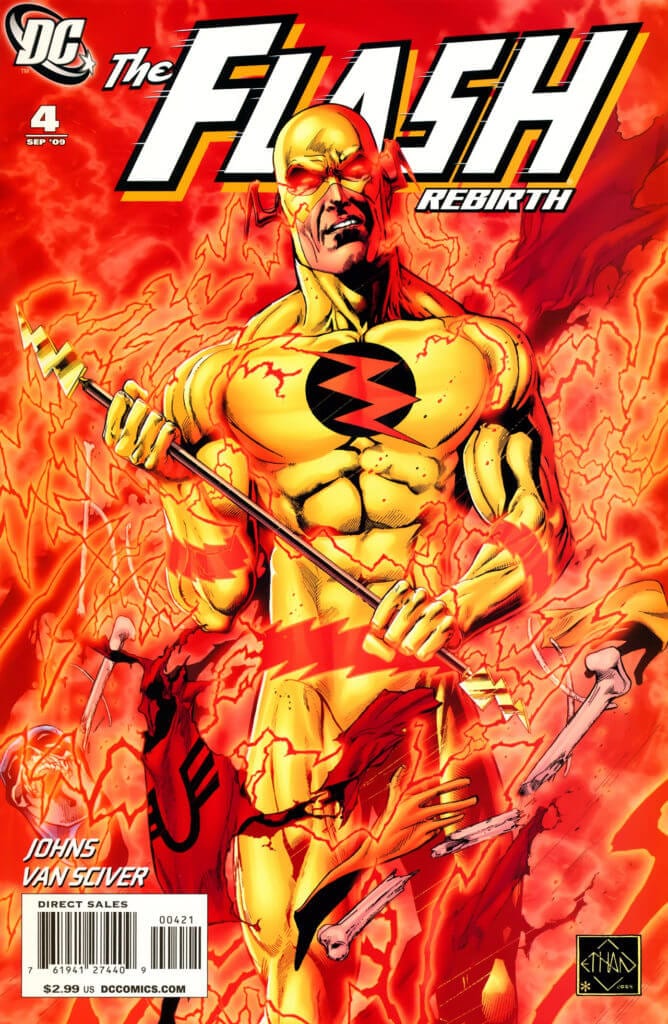 Success, however, can breed resentment, and it wasn’t long before some individuals who were unable to get onto the “COMICSGATE LIVE” streams started to accuse Van Sciver of “gatekeeping” – a term reserved for those who attempt to control access to something. This was an accusation that was furthered by Van Sciver’s trademarking of the words “Comicsgate” and “comics gate” to prevent the outspokenly alt-right, nationalist Vox Day from appropriating the term and branding his own crowd-funded comic under the Comicsgate label. While apprehensive of this move, it was something that was widely agreed upon by the creators within the Comicsgate community as the right move to protect the movement from extremism on either end of the political spectrum. This fell in line with the idea that Comicsgate should be apolitical, as you’re alienating up to half of your potential clientele otherwise. This definition for the movement was one over which Ethan Van Sciver received no shortage of grief, as other content creators disagreed, feeling that having a balancing of politics via the views expressed in their books acted as a counterweight with the largely left-leaning industry. Van Sciver’s personal beliefs on the matter – as well as those of many of his fellow creators who were mostly on the right side of the political spectrum – felt that by simply creating fun comics that didn’t point fingers at one half of the nation they could be not only more successful monetarily, but also better continue to grow the movement as a whole. This definition didn’t fly well with some creators and critics, resulting in a simmering drama and bifurcation within the community that would reach its boiling point when one individual creator decided to dump a project he had been working on with another member of the community, Cecil, seemingly in an effort to hurt Van Sciver. This event fractured the YouTube Comicsgate community further.

These events culminated in a YouTube LIVE creators vs. critics debate on attorney Nick Rekieta’s channel, Rekieta Law. The debate, which became heated on more than one occasion, felt like a battle of ideas, where both parties had correct things to say but couldn’t stand together for the greater strength of the Comicsgate community. Ethan Van Sciver and Jon Malin were the creators defending themselves against the accusations of YouTube comic book critics Unranked Chevron and Englentine. The two critics claimed that EVS, Malin, and others had become out of touch with what Comicsgate stood for and that it was always supposed to be a consumer-first movement, accusing the creators that their goals and involvement had become strictly monetary and that their live streams had become the “Ethan and Friends Show” to tell people to “buy our books.” This was something that was audibly infuriating for Van Sciver and Malin alike, as they were comic book artists with families and it was obviously their goal to sell comics in order to support them. Additionally, the idea that it was all about them was completely preposterous, as none of the big Comicsgate pros ever received any financial perks from promoting all of the newcomers they had helped fund through their larger YouTube platforms and fan bases. Think about it: every three-hour live stream that these pros spent promoting other people’s work was three hours they could have put into their own projects. Ethan and Jon’s hearts for the movement were on full display in the debate, as was their feeling of being insulted by the slings and arrows of accusations thrown at them. 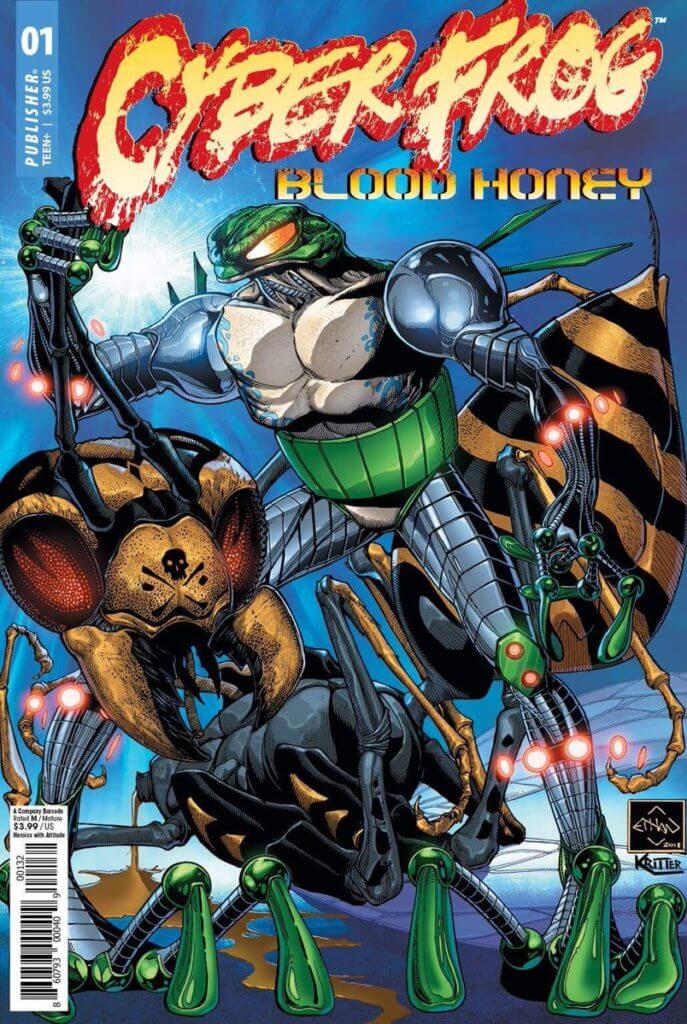 As a longtime lover of the medium, and a consumer myself, I can’t help but feel empathy in their insult. Consumers are only such if there is a product to consume. Creators such as Ethan Van Sciver, Jon Malin, Mike Stanley Miller, Antonio Brice, and more all saw what was happening in the comic book industry and they saw the consumer reaction to it. They no longer wanted to be a part of a fan-insulting, consumer-ignoring industry, while still wanting to do what they loved, and their dedication to their fans shows that they do indeed believe in putting the consumers first. They desire their custom and patronage, and are responding to the overwhelming fan support with projects that those fans actually want – financial support and consumerism are concomitant of one another. Ethan Van Sciver has since decided to effectively split from Comicsgate, no longer considering himself part of such due to the vitriol he received while on Rekieta Law, and no longer wanting people to hold him accountable for the words of others in this shark-infested industry. Though sooner than originally anticipated, largely out of necessity, Van Sciver has now launched a second YouTube channel called ALL CAPS COMICS, named after his soon-to-be publishing label “ALL CAPS.” “Uncle Ethan” will continue to support and promote other creators’ works, talk about Star Wars, and promote his own projects through his two channels. His upcoming project for early 2019, Rainbow Brute, will undoubtedly be a success of an obelisk stature, but can the same be said of the rest of Comicsgate? The CG community must now pick up the pieces of what once was and learn by Van Sciver’s example. Anyone can put in the work if they’re charismatic enough and find success with their projects, but to ignore the abyssal hole left by the “humble frog and t-shirt merchant” would be a grave mistake. The remaining Comicsgate professionals must band together not only to protect Comicsgate as an idea, but to see it grow to compete with the likes of Image, Top Cow, and Aspen, and serve as a wake-up call to Marvel and DC that fans don’t want politics shoved in their faces (left or right); they simply want a return to the fun escapism that was 90’s and early 2000’s in comics. Will their message be effective enough to get through without Ethan? No doubt it will be a long road, but there is immense talent on display in these Indiegogo campaigns, and while I don’t want to see Marvel and DC fail (their characters have helped shape me, and literally billions of others’ lives), I can’t stand idly by while they are pillaged and rotted from within either. Feeling alienated by the current state of the industry and the sheer lack of professionalism by the pros at these larger companies? Feel free to check out some of the cool projects on display on Indiegogo; below are just a few of my favorites so far: