Justice can be served with unity instead of mob mentality. 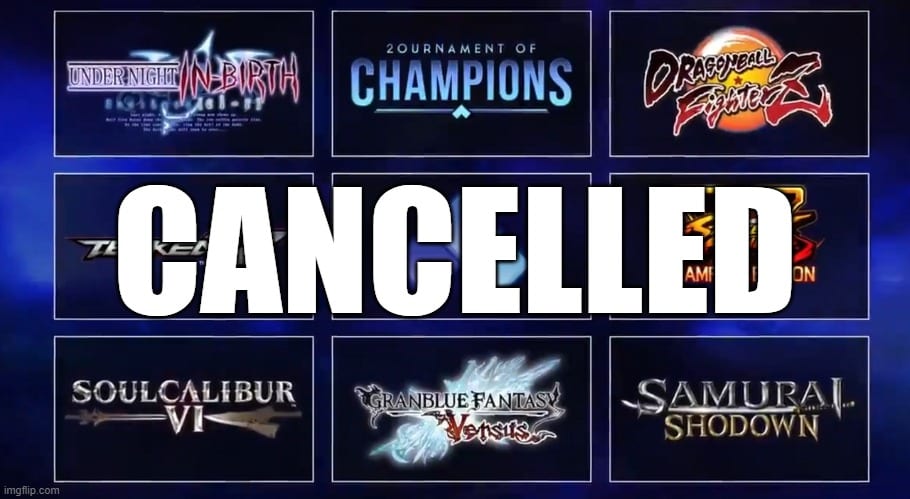 At the height of the so-called “cancel culture” in 2020, accusations against Joey Cuellar, co-founder and former EVO CEO, were made online, exposing him as an alleged sexual abuser against minors (as reported in this Gamasutra article). These serious accusations have not been denied at all by Cuellar; he has even made a public apology, presumably accepting responsibility for this past criminal behavior.

I want to be crystal clear regarding this: putting out an apology is not enough, or even commendable. He should turn himself in to the authorities so a criminal investigation and trial can occur to serve justice for the people he has affected.

I’m sorry. I never meant to hurt anyone. I was young and reckless and did things I’m not proud of. I have been growing and maturing over the past 20 years, but that doesn’t excuse anything. All I have been trying to do is become a better person. Once again, I’m truly sorry.

Having said this and made obvious how Joey Cuellar deserves the full capacity of the American criminal justice system, EVO, as an FGC (fighting game community) institution, bears no responsibility for the criminal actions of this individual. In fact, the correct decision to replace him with Tony Cannon going forward while the company is cutting all ties with the former CEO was taken swiftly. I, personally, applaud this.

Sadly, what ensued was the raging power of cancel culture targeting EVO Online as an event, not Joe Cuellar as a sex criminal. Companies such as Capcom, Arc System Works, and NetherRealm pulled their games from the tournament. Commentators and high-profile players also joined the misguided protests by severing ties with the organization. 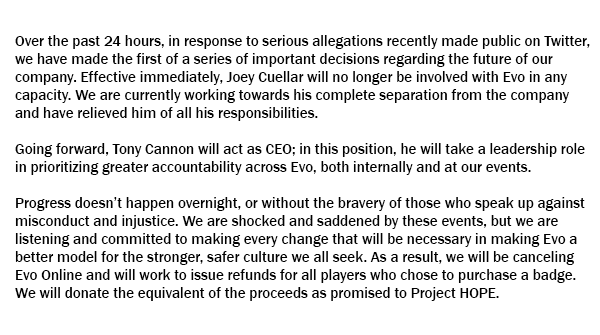 Justice for the victims is not being served at all with these gestures. On the contrary, EVO employees, participants, and the FGC – in general – are also becoming victims of the crimes of Cuellar as an individual. EVO did not provoke or endorse the crimes, nor did the companies and their games, the competitors, or the fans.

Let’s be constructive here. What if the fighting game community as a whole unites to actually help the victims and use this massive platform called EVO to raise money for their legal representation and the treatment they might need? We are gamers and solving problems to make things better is the description of our hobby. Let’s punish this bad move and make it a net positive. We can show them and everyone else the support system this community was always meant to be and represent. We have to actually fight for them like Ryu or Terry Bogard would. These are the values I’ve learned from these games since I was a kid playing arcades like Street Fighter II and Fatal Fury in 1992. 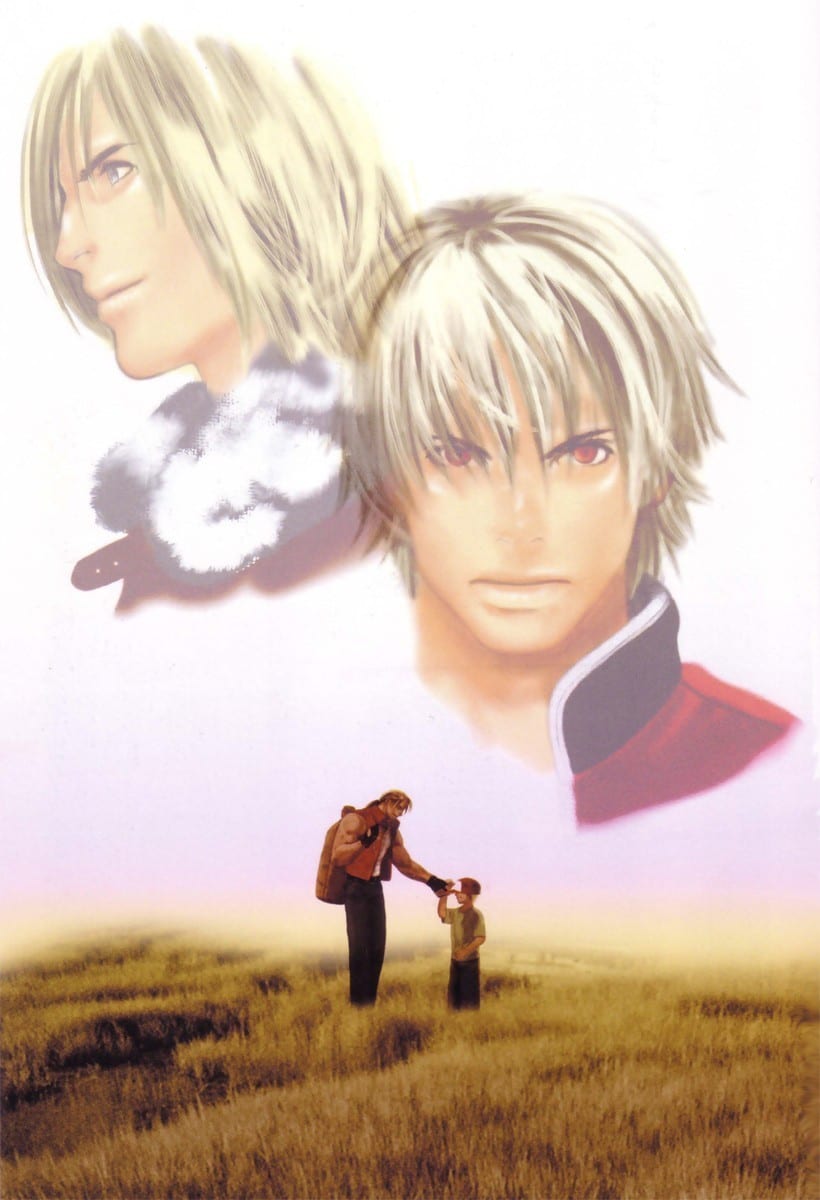 An interesting take, and I do partially agree. None of these developers/publishers are at fault for any of these alleged crimes. However, I can understand their decision to distance themselves from this mess. It’ll be interesting to see if any actual charges happen with some of these cases between now and next year.

It’s a valid opinion even though I think it’s only as much of a PR nightmare as you let it be. I think if the companies were pro-active in supporting the victims instead of trying to wash their hands it would be a better look.

It’s not like that. The guy who did the DOA 6 thing, which also happens to be one of the most toxic microtransaction fest video games out there, was actually Joey Cuellar.

It’s the perfect time to rebuild, not destroy.

And Joey Cueller did it to pander to the mob.
How you feel about the microtransactions also has nothing to do with the anything.
I’d argue 90 dollar season passes that include 90+ costumes, stages and characters is a higher value than 5-10 dollars for a single skin, which has been the trend for a while (Mk11 charged 20 dollars for the classic female ninja skins and made them available for 2 weeks.). Do the math one what your paying per skin and character in DOA6 vs almost every other fighting game and you’ll realize DOA is no worse than every other fighting game company. Probably a little better.
Unless you wanna ignore facts to push a narrative, of course.

And yes, I am glad it is destroyed. When all these companies that pander are dead, companies with a backbone can, hopefully, be born.

Quite frankly, it’s time ANYTHING that panders to the mob is destroyed. Luckily, the mob, itself, will destroy it for us.

Fair Opinion, but change doesnt take a week or a month to take into effect. EVO I feel needs a year off so they can try getting some respect back. After what Joey did its a good idea to take this year off imo

More than change I see this as an adjustment. Taking out the trash so-to-speak.

But you might be right, these types of events are complex.

Facts my guy, straight up FACTS

We shouldn’t turn into irrational Social Justice Karens ourselves.

In the 1940s, it was common for males to swim in the nude. The YMCA was a nude swimming spot. Most people would peel off to go swimming in the lake or river. The idea of compulsory swimming gear only gradually came to swimming spots until today when it is deemed pathological to be naked.

So Joey Cuellar saw some boys naked. So what? The author of the TwitLonger even emphasizes that nothing that happened traumatized him or even bothered him.

Men are being pathologized for their natural inclinations by feminism. We see it constantly. And men, seeking to be white knights, attack men who step out of the line that women have constructed.

But men endanger themselves by forgetting history, and being trapped in the narrow confines of this sliver of time. Men do themselves no favors when they line up other men to be shot for the great “crime” of seeing nudity and looking at 17 year old’s genitalia.