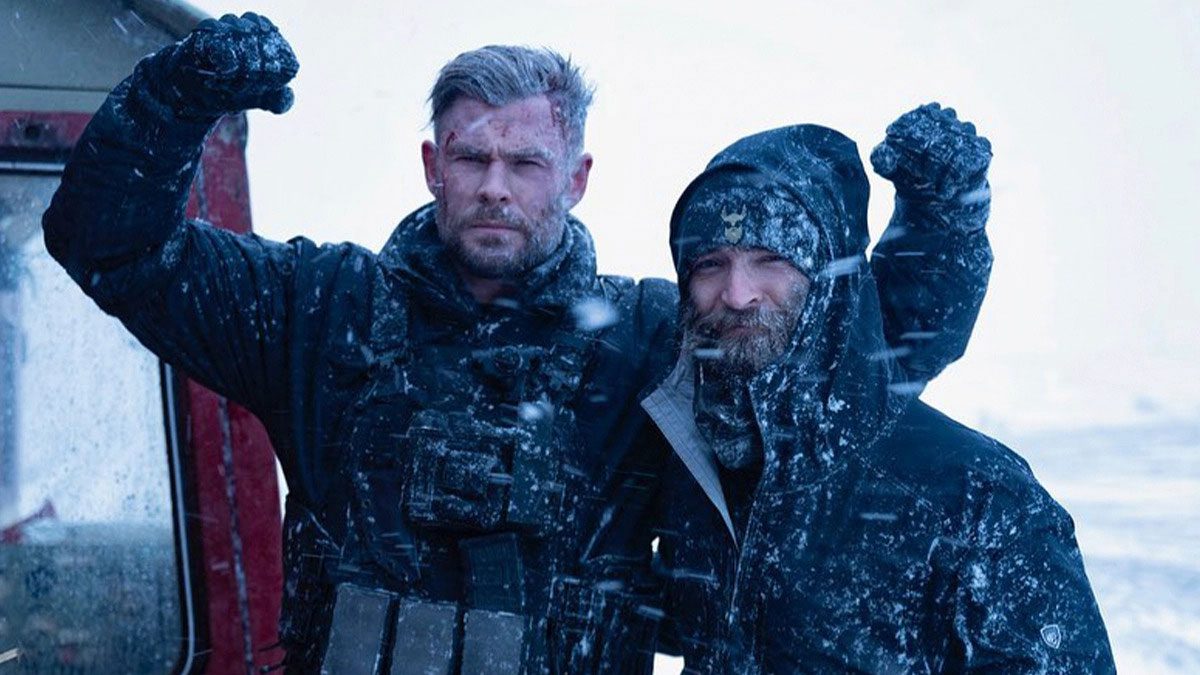 Part of Netflix’s Tudum event – and by far the part that most interests me – was a behind-the-scenes “first look” video describing the making of Extraction 2 (which looks like it’ll be the official title). There are plenty of shots of Chris Hemsworth in action as Tyler Rake, the mercenary hero who returns to bring the 80s and 90s back to action movies. Some of the filming techniques are evident, like how the camera is attached to Hemsworth to get a close-up of him holding a gun. Director Sam Hargrave also promises more action than the first film (which was a double-stuffed Oreo of bad guy killing), including an elaborate sequence that one-ups the “oner” from Extraction – that is, the scene that felt like one long shot through the streets. Check out the Extraction 2 first look below:

Not much at this Tudum knocks my socks off, but Extraction 2 rips them from my feet and uses them to beat terrorists to death. Everything they’ve said about this sequel excites me, including the fact that it is a sequel and not some pointless prequel. Changing the environment is a great idea, not only to give the sequel its own identity but to demonstrate how varied Rake’s missions can be. (It helps that I love the cold and snow.) Giving it even more action than Extraction had to have been a challenge, but I’m glad they’re at least trying, and I can’t wait to see what that new oner is like. I also appreciate that they’re using practical effects, at least as much as possible, like landing a real helicopter onto that train. The fight choreography makes me giddy to see what creative new ways Tyler Rake will find to dispatch his enemies. It’s a shame these movies won’t play in theaters, but I’m glad Netflix is getting them made.

What do you think of the Extraction 2 first look? Will it be as good as the first movie? Can someone cobble together a campaign convincing Netflix this has a shot at an Oscar so they’ll put it in a few theaters for a week or so? Let us know in the comments, and stay tuned to Geeks + Gamers for more on the movies theaters forgot!