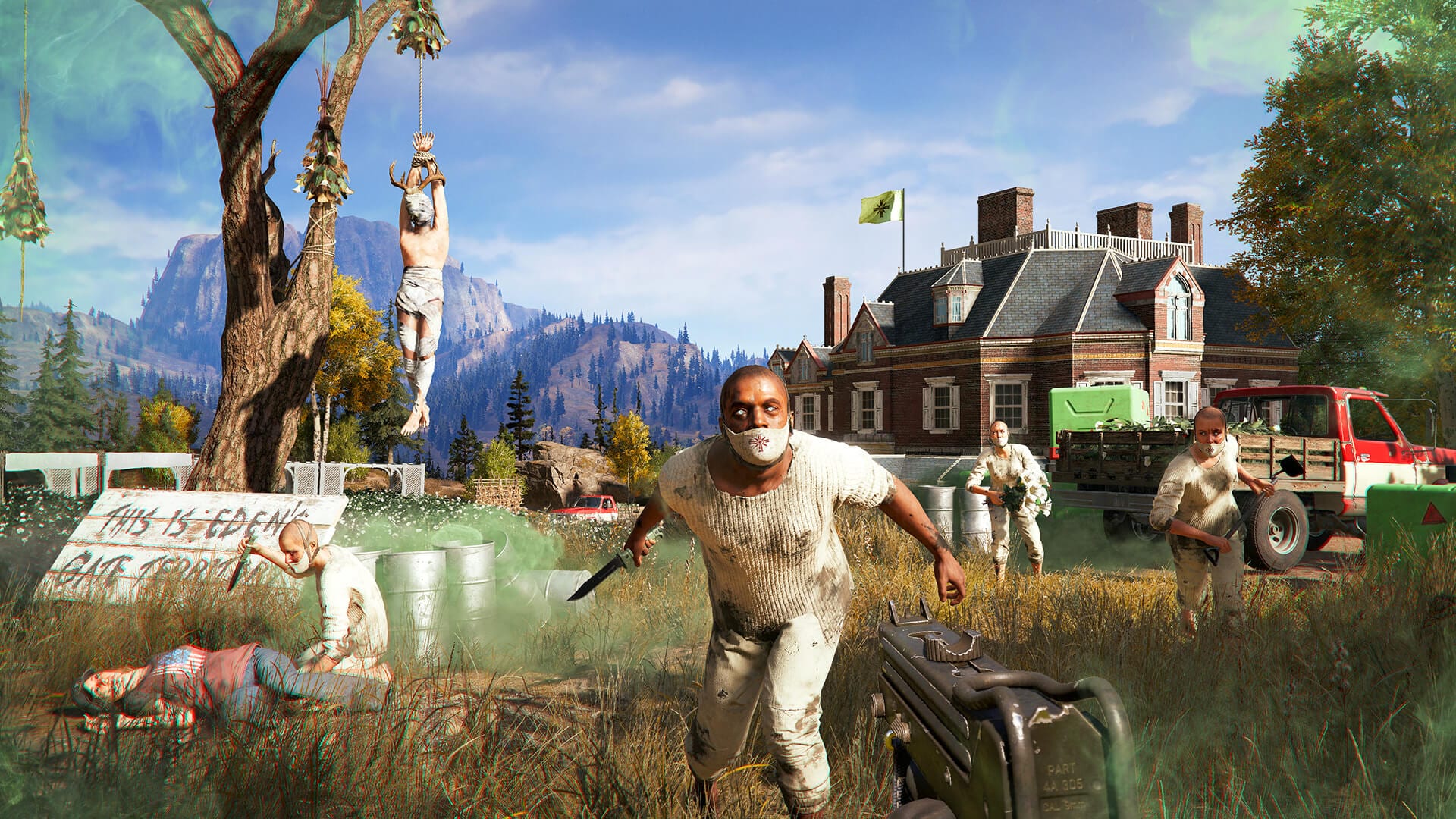 I’ve spent a good 14-15 hours with Far Cry 5, and I feel confident in saying that this might be one of the best games Ubisoft has put out in a long time. It’s been a while since I’ve had this much fun with an open world game, to the point that I’ve actually distracted myself from the main campaign. From as much of the story as I’ve played, I’m really digging the storyline this time around. No Far Cry game has really grabbed me before. I didn’t finish 2 or 3, and barely even started 4 because of how bored with it I was. Not the case here. The Seed family and their cult are an engaging enemy faction, and their patriarch, Joseph, is TERRIFYING. All of this makes taking every single member down incredibly satisfying when you see what these monsters are doing to the people of Hope County. I’ve seen some truly grizzly acts of violence in this game, including burning people in a mass grave; there’s ample reason to violently dispatch these villains.

Visually, Far Cry 5 looks excellent. The texture work, even on a base PS4, is impressive. My favorite visual aspect, however, is the lighting. Early on in the game you’re in a foggy environment, and the way the sunlight filters through the fog had me stopping and staring. The fire and explosion effects also look quite good, and Ubisoft once again shows how they let fire spread through the environment organically. The sound is equally stellar, with fantastic voice acting for all the characters,and it has some fantastically punchy sound effects for weaponry and explosives. The amount of detail packed into Far Cry 5 is really impressive for the scope of the game. 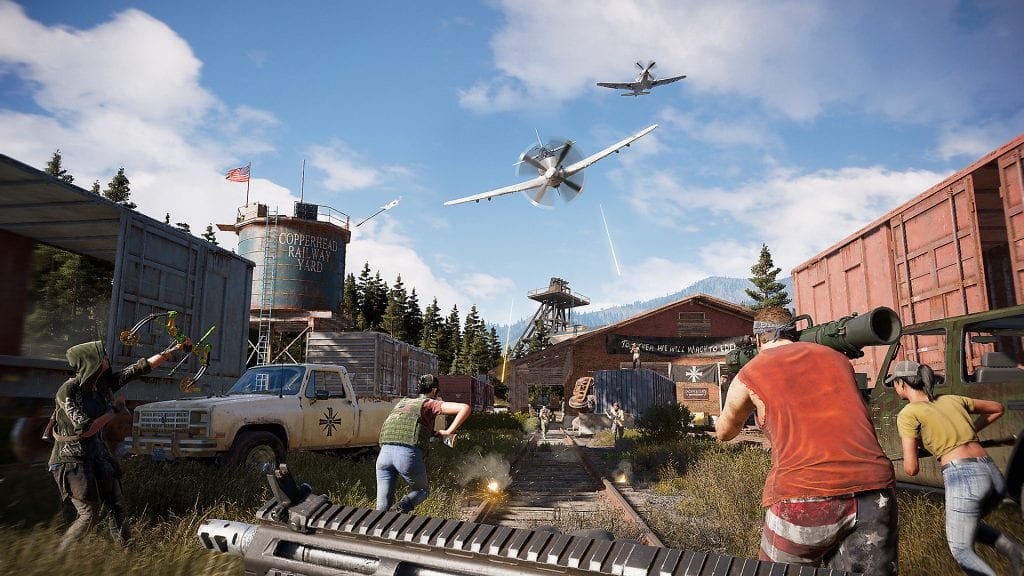 The structure is similar to that of Ghost Recon Wildlands: cause a lot of havoc for this cult, which in turn draws the Seed family out of hiding so you can strike them down. I’ve only taken down one of the family members at this juncture, John, and it was intensely satisfying. The journey to get there was a lengthy one, but also really fun. Throughout your playtime, you will encounter civilians in need of help. They might be tied up on the side of the road at gunpoint or being driven around in a van, etc. Saving these people nets you points toward drawing out the boss of that region. Some of them can also give you information on new gang outposts for you to take down to deal a blow to the Seed family. In addition, you can blow up cult property, steal their supplies, and plenty of other disruptive fun. This sounds repetitive, and perhaps it is, but the core gameplay loop and the story will most certainly propel you through it. I still haven’t gotten tired of ghosting through compounds and blowing up oil tankers.

I’ve barely dipped my toes into Far Cry Arcade, but from the little portion that I’ve played, I’m very excited to see where the community takes this mode. They essentially let you create your own missions, which you can play solo or in co-op, using the assets from the game. The cool part is that as the new DLC’s roll out, all the assets from those packs will become available as well, including Vietnam and Zombie items and characters. The possibilities with this mode are really awesome. 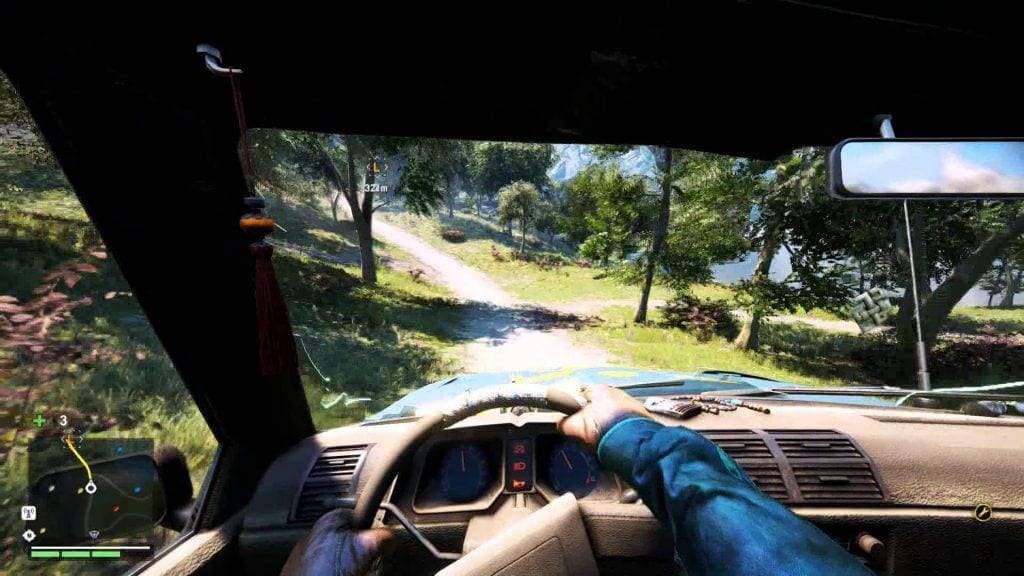 My favorite aspect of the game, however, is co-op. Now, I haven’t been able to spend a whole lot of time in co-op yet, but I already know I’m going to have a blast with this mode. I invited my buddy Elijah into my session and it was honestly the most fun I’d had up to that point. We invaded outposts, destroying cult members with the best weapon in the game: the shovel! This isn’t a joke; the shovel is amazing. You can smack dudes with it, but also throw it like a spear over a pretty great distance. It’s super useful, and it usually one-shots most enemies not wearing heavy armor. Imagine two players just tossing up to nine shovels at enemies. It’s fair to say that we took down outposts rather quickly, with plenty of laughter.

From a mechanics perspective, Far Cry 5 feels pretty damn good to play, although I’d say the shooting mechanics are probably the weakest aspect of the game. That’s not to say the shooting is bad; on the contrary, its rock solid. It’s just not particularly remarkable and at times it doesn’t feel like it has the weight that it should. I have had a couple issues with hit detection, where I’ve very much had my crosshairs on someone’s noggin and the bullet just passes by them and alerts them to my presence, but that hasn’t been frequent. The driving takes some getting used to, however. At times, the cars feel a little too slippery and weightless, but when I’m blaring down an open road in an old style American muscle car, it’s a pretty satisfying experience. They’ve reworked how you gain weapon slots and ammo pouches this time around, and it’s an improvement. Now you go through a skill tree, simplified from hunting for hides and various other components. Some players aren’t going to like this, as hunting has been relegated to monetary gain, but I honestly prefer it. I like hunting, but I’d rather use the skill tree for things like that. 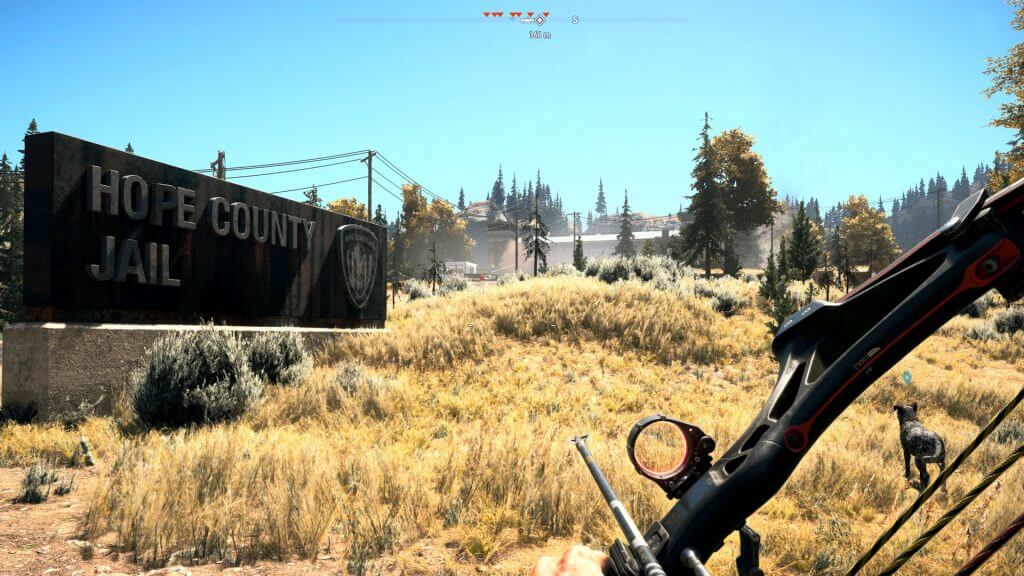 During my playtime, I’ve run into a couple of glitches. Some are run of the mill; clipping, weird AI choices and the like. Others have been more problematic, like my teammates standing over me when I’m bleeding out on the ground, or falling through the map. These are glitches that should not exist in a Triple-A release with quality control and play testing. They aren’t frequent, but they are annoying, and I’ve heard of other players having these issues more regularly than I.

Overall, I’ve been having a blast with Far Cry 5. It’s the one game in the franchise that has held my attention for longer than five hours, and is another step in the right direction for Ubisoft. My full review will be up as soon as I complete the game’s story, so keep an eye out for that! How are you all feeling about Far Cry 5? Let me know in the comments below! Stay nerdy everyone!