Honestly, I almost didn’t buy Far Cry 5. The trailers looked fun, but all the trailers for this franchise look. I’d been burnt by Far Cry 4, and wasn’t sure if I was interested in giving this franchise any more of my money. I’m so happy I took a chance, because Far Cry 5 is an excellent open world action game, with a great storyline and a terrifying main villain.

You start the game as a faceless and voiceless deputy heading to arrest Joseph Seed with other law enforcement personnel. Let’s just say it doesn’t go too well for our heroes; the cops are split up and taken by members of the cult, and it’s your job to liberate them and the people of Hope County from the hands of Joseph and his followers. This starts you on a path of systematically taking down the Seed Family’s operations and killing each member until you get to Joseph. 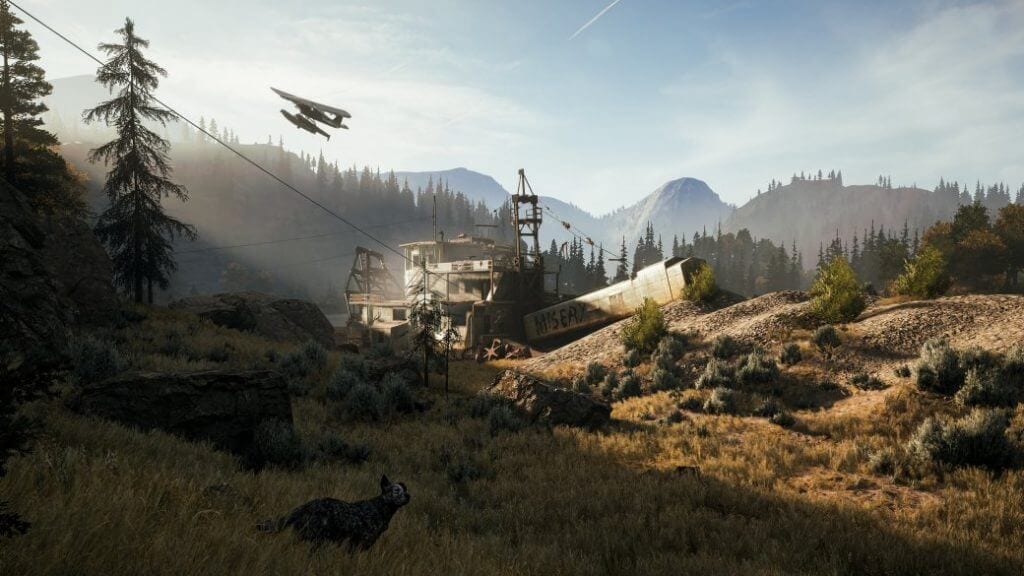 From the get go, Far Cry 5 is visually stunning. In the opening hours, I was put on an island for the tutorial that was covered in fog, with sunlight cascading through. I actually stopped to breathe in the environment a lot during my journey. I haven’t enjoyed just being in a game world in a long time – since perhaps my first venture into the wild west in Red Dead: Redemption. I definitely took a lot of time to just wander Hope County, hunting impressively rendered wildlife and fishing in picturesque rivers. There are some minor issues with pop in and some frame rate dips when things get too crazy, but overall I was insanely impressed with the rendering of Hope County. On top of that, Far Cry 5 sounds fantastic! The gunshots and explosions are suitably punchy, and the guttural roars of bears and howls of wolves pierce the silence; it sounds like an authentic wilderness. Playing the game with noise cancelling headphones is best because you get the full force of the sound.

The gameplay is tight and incredibly fun. They’ve pretty much removed a lot of the tedium of previous adventures by minimizing the amount of outposts and eliminating the towers completely, save for one really funny joke. They also broke up the discovery of the various missions in a more organic way. You’ll save citizens on the side of the road, and some of them will give you missions or tell you where you can find a cache full of money, weapons, ammo, and perks. There’s still a video-game-like element to this, as they have icons above their heads to indicate that they are carrying some kind of information, but I found this preferable to driving across the map and talking to characters just to get a dumb little side mission. Speaking of driving, in my impressions article I said that the driving was a little slippery, and I stand by that. That being said, I got used to it after playing a while. As the game progressed I was drifting around corners and dirt roads like some kind of action movie star, gun and grenades in hand. When you get a handle on the driving, it becomes a lot of fun. The shooting improved for me as well, as I gained new weaponry and mastered using the bow and arrow. After I beat the game I actually felt like reloading the outposts so I could try taking them down in different ways because I grew to really enjoy the combat mechanics. I still stand by the objective fact that the shovel is the best weapon in Far Cry 5 because of the sheer stupidity and hilarity it causes. I pinned someone to the CEILING with a shovel by accident, and I practically sniped an enemy with one from a good distance away (relative to the shovel’s range of effectiveness). Beyond that, however, the assortment of weapons are good fun. I was disappointed to find that some look different but are functionally the same, though, like the AK-47 and AKM; their stats are pretty much identical, so it seems like a waste of a weapon slot to me. I hope that the arsenal grows with each DLC. For example, I’d love to see some DIY weapons in my inventory when the zombie DLC hits. Ubisoft also made changes to the way you acquire weapon holsters and the like by replacing crafting with a perk system. This is an improvement, as it streamlines thing and gets me back to doing what I want to be doing faster. 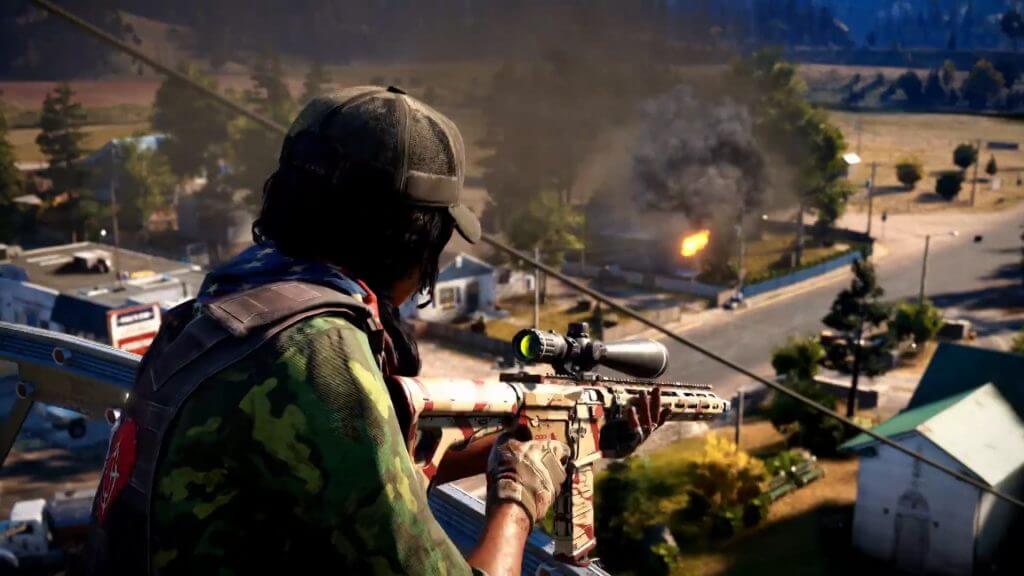 The story and characters are fantastic. They really put you in the thick of it; the point of view never leaves the main character, and Ubisoft does a good job of making it feel like you’re being talked to directly. They make the act of taking down this cult and liberating this town a deeply personal one, and that makes it so compelling, and hard to put the controller down. The writing is great, not just for the main players, but for the side characters, like Hurk. Hurk is the greatest companion to ever companion in a game, full of witty one-liners and hilarious back-and-forths with your other teammates. It also helps that his primary weapon is a rocket launcher. The various companions you have throughout the game are great, and the voice acting for all of them is really well done.

But the star of the show is Joseph Seed. He’s a lot of things: charismatic, terrifying, hypnotizing, well spoken, and above all, intense. The opening of the game had me audibly gasping because of him. The performance they captured from Greg Byrk is phenomenal. The same goes for the rest of the Seed family; they all have different quirks that make them scary in their own way. Faith Seed manufactures the drug, Bliss, which she uses to do some horrific things, things that made me jump out of my seat and shout at the screen. John Seed is the Televangelist from Hell, forcing people to accept his religion through torture and violence. There’s a scene involving him in a church that greatly disturbed me, and made taking him down all the more satisfying. Then there’s Jacob Seed, a crazy ex-military man who uses psychological warfare to turn people into murders. He’s played by Mark Pellegrino, one of my favorite character actors, and he’s a scary guy because you have no choice but to do what he tells you to do, and the things he inflicts on you lead to possibly the most horrifying story ending. These are some of the most compelling villains I’ve ever taken on in a video game. 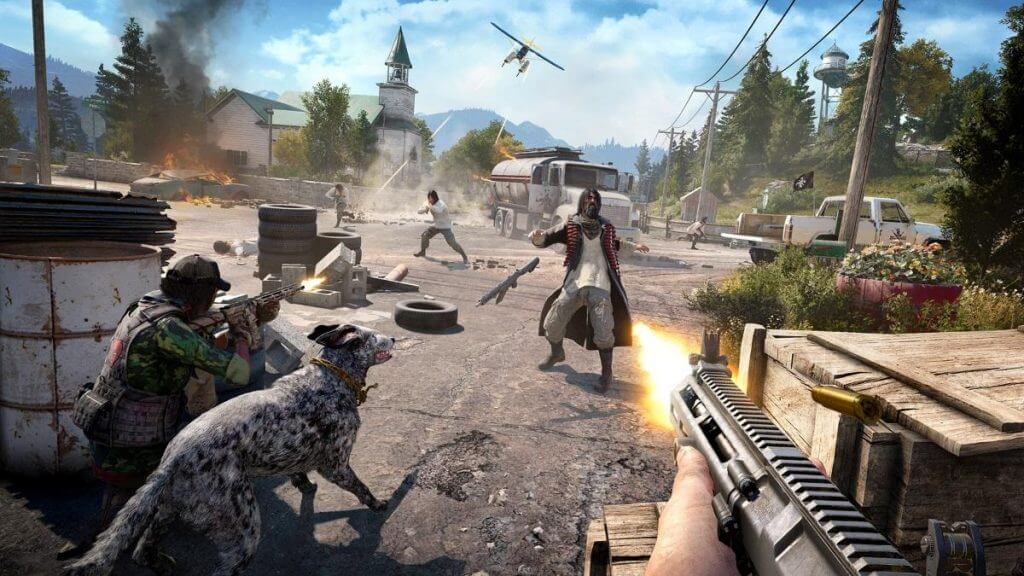 The game isn’t uber-difficult or anything, but there are a couple of missions that I found challenging. I did find that the enemies had an INSANE radius in which they could see you. It almost felt like I could be spotted from a half mile away, which was also an issue with last year’s Ghost Recon Wildlands. Thankfully, at least Far Cry 5 allows you to hide behind foliage. There are missions where they just threw a ton of enemies your way, a lot of them heavies or special enemy types, that got annoying, but nothing that really halted my progress for more than ten minutes. Overall, I spent 24 hours with the game, 21 on the story and three on Arcade Mode. I see myself spending a good deal more time in the game even after I publish this review because of the Arcade Mode and future DLC. Totally worth the sixty-dollar price tag.

Speaking of Far Cry Arcade, that is an excellent addition to the franchise. This mode allows you to create and publish your own missions for others to play. Ubisoft really handed the more creative players a lot of tools to work with to create some excellent levels. At this stage, the best levels are made by Ubisoft, but there are a couple of really fun fanmade ones as well. There are potentially HOURS worth of playtime in this mode if the community takes full advantage of the suite, with more assets to come through the DLCs we’re getting this year. I’m ready for the Vietnam zombie maps! 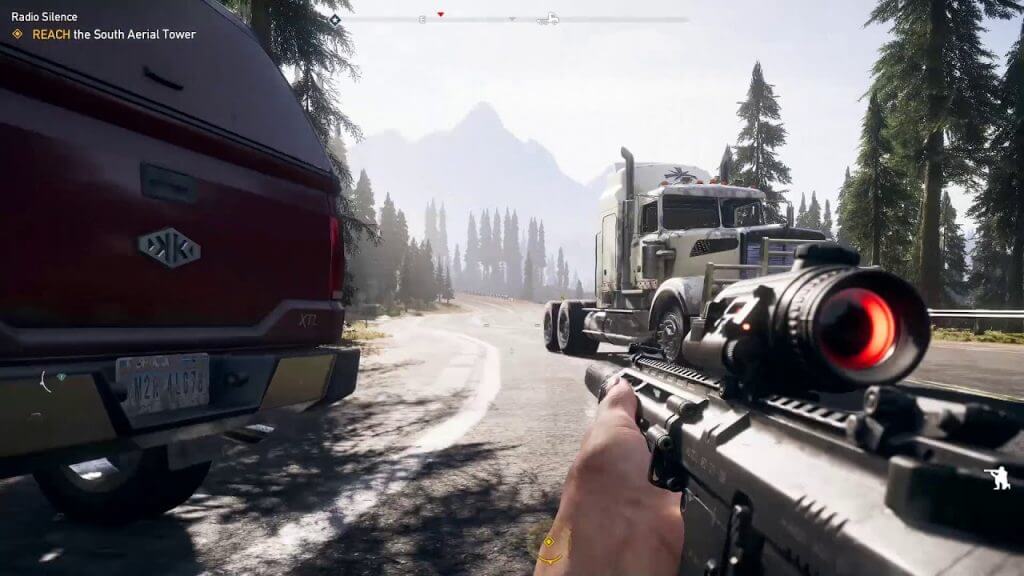 On top of Far Cry Arcade, they’ve included a co-op mode that is LOADS of fun. Running around in Hope County, taking down outposts with my friend, Elijah, might have been the most fun I had with the game.

I did run into some glitches during my playtime, as I detailed in my impressions article. I had several instances where I fell through the map, and there were times when my companions wouldn’t come revive me. The most bizarre glitch, however, is that one of my companions was kept in a dying loop; Every time I’d revive her, she’d die again ten seconds later. I had to swap her out for another companion in order to get it to stop. That only happened to me once, but it was definitely irksome. Other than the glitches, my only major issue was that I ran into enemies who had an unrealistic range of vision. Some bad guys saw me straight above them, and from quite a long distance away. Thankfully they didn’t have the aim of God, like the enemies in Ghost Recon: Wildlands, but that was definitely irritating. 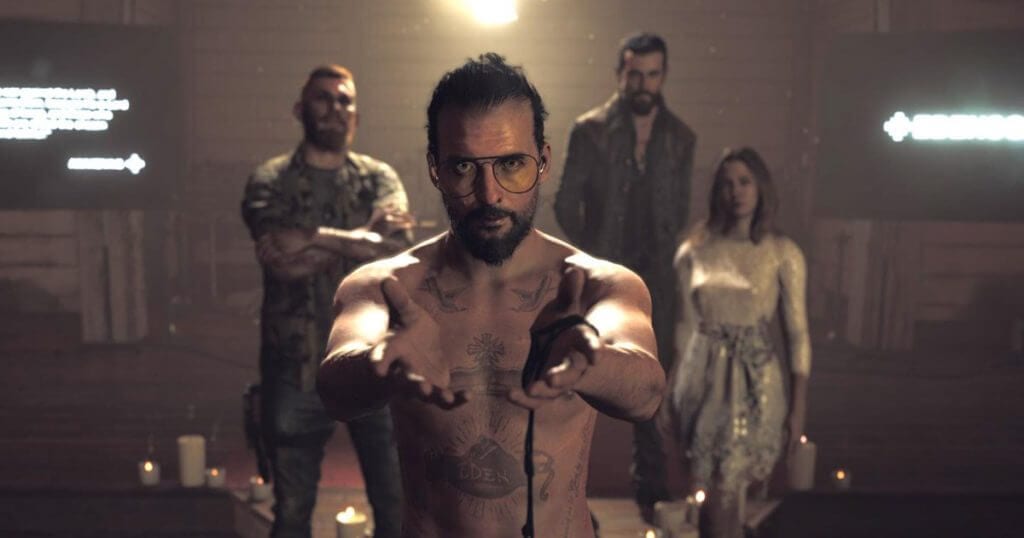 Far Cry 5 is a fantastic open world experience with fun gameplay, a gorgeous world, and some of the purest fun I’ve had in a long time. The occasional glitch or omniscient enemy annoyed me briefly, but never for long enough to really ruin the experience. If you haven’t picked this game up, give it a shot, even if you’ve been burnt by the franchise recently.

What did you think of Far Cry 5? Let me know in the comments below! Stay nerdy everyone!

Far Cry 5 is a fantastic open world experience with fun gameplay, a gorgeous world, and some of the purest fun I’ve had in a long time. 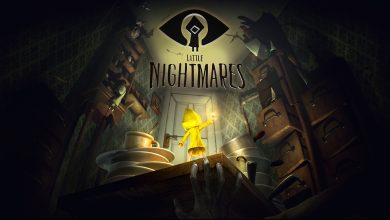 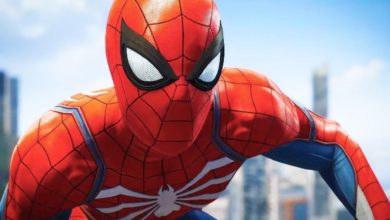 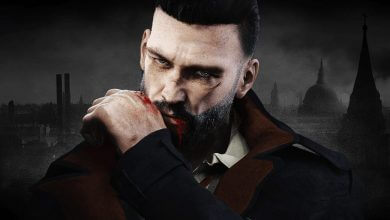 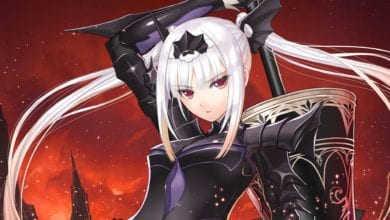