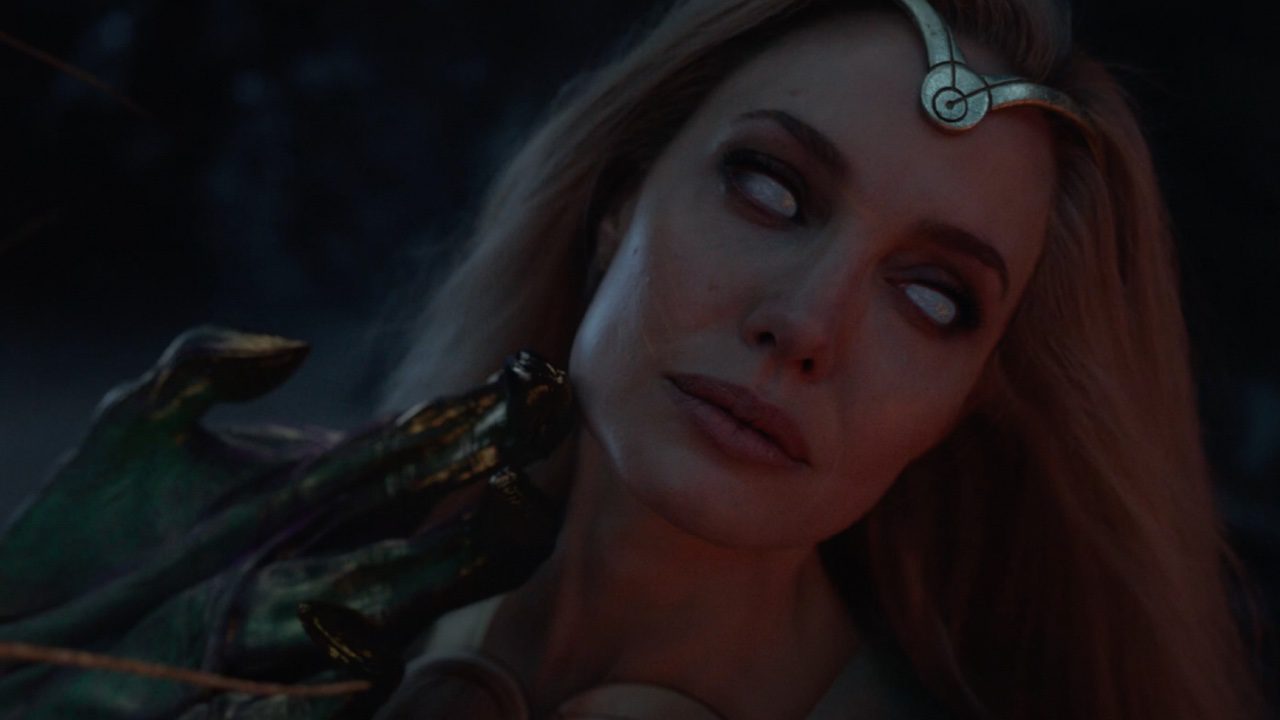 Marvel is looking to instill a little hype in its fanbase because today saw the final Eternals trailer drop. Based on the comic book characters, Eternals introduces a race of alien beings who’ve secretly been living on Earth for millennia and finally come out of hiding to fight their evil nemeses, the Deviants. Eternals stars Salma Hayek, Angelina Jolie, Gemma Chan, Bryan Tyree Henry, and former Game of Thrones brothers(ish) Richard Madden and Kit Harrington. Directed by Chloé Zhao of Nomadland (for which she and the film won Oscars), Eternals will hit theaters on November 5, 2021. Check out the final Eternals trailer below:

Okay, up front, I have to admit that the last gag made me laugh. I assumed he’d say “Plastic” or name some type of wood, but the ultimate line was unexpected. And, honestly, I don’t think this looks too bad. The final Eternals trailer has a lot more going for it than the dull-as-dishwater first one did. In fact, this feels like a reaction to the complaints the earlier trailer garnered. So now, we’ve got more action and characters that seem like they could be appealing as opposed to a bunch of perennially pontificating planks of wood.

Most amusingly, though, they are desperately trying to make the Eternals’ inaction during Infinity War and Endgame make sense. Based on the final Eternals trailer, I don’t think their reasoning is going to fly. They were instructed not to help unless it was the one enemy they were sent here to fight? That’s silly, and I don’t see how they could watch half of mankind be wiped out and say, “Well, at least it wasn’t the Deviants.” Angelina Jolie’s line about loving humans since they first arrived makes it even worse. I’m a believer in suspending disbelief, but after a certain point, it’s too hard to ignore some of this. It would have been funny if they said that all the Eternals were wiped out in the snap; that would be hard to believe too, but at least it’s a better explanation of why they didn’t try to help.

Anyway, there’s more to the final Eternals trailer than a scramble to allay fears. That giant cosmic being, which I assume is a Celestial, looks magnificent (the bad guy who captures Angelina Jolie – not so much), and the Eternals demonstrating their powers is cooler than it was last time. I don’t know if this will be good, and after the recent spate of Marvel productions on Disney+, it’s easy to believe they’re setting us up for something they know we’ll hate but won’t care if we do as long as they get us in the door. But I’m certainly more interested than I was.

What did you think of the final Eternals trailer? Did you like it better than the first one? If Galactus shows up, will it matter to them that he’s not a Deviant? Let us know in the comments, and stay tuned to Geeks + Gamers for more movie news!