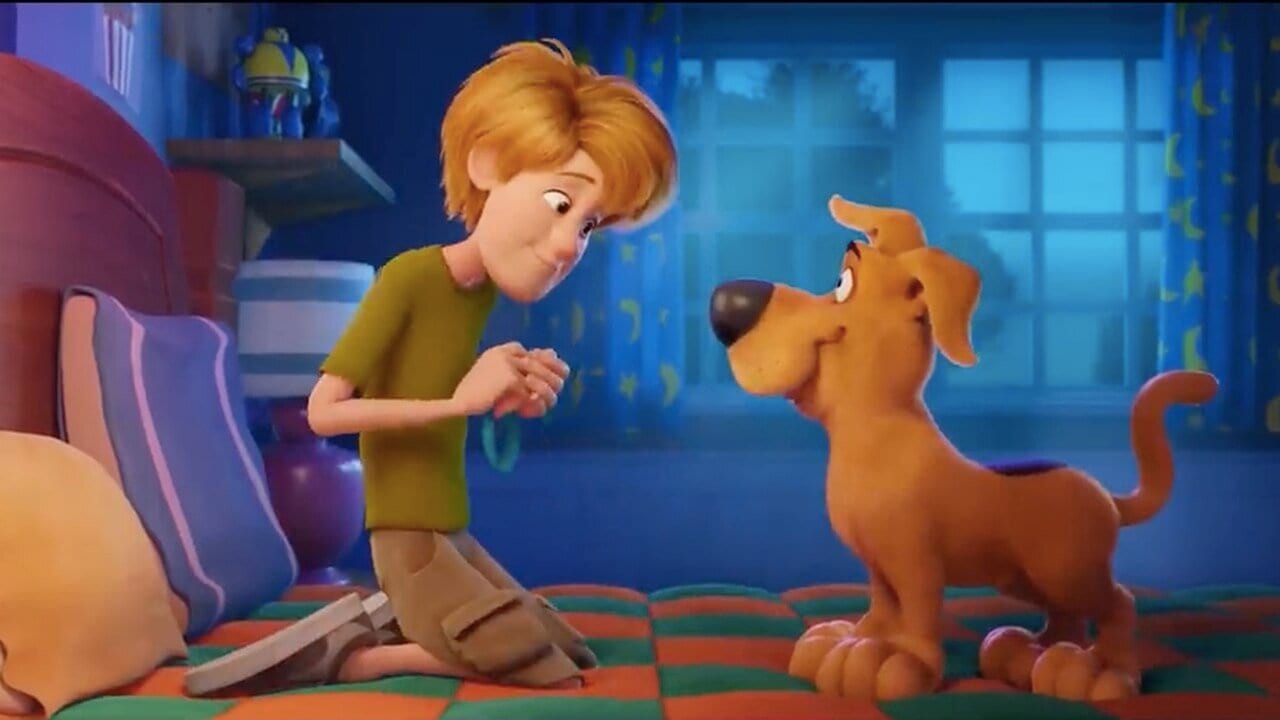 Mystery Inc. had to save one of their own in the final Scoob! trailer. The animated reboot of the Scooby-Doo franchise comes from Scooby-Doo! Mystery Incorporated alum Tony Cervone and Warner Animation Group. The project features the voices of Zac Efron, Amanda Seyfried, Will Forte, Gina Rodriguez, Mark Wahlberg, and, of course, Frank Welker as our titular Great Dane. The final Scoob! trailer almost picks up where the last one left off, with Shaggy and Scooby being beamed aboard the Falcon Fury and the rest of the gang going after them as they deal with some “emotional punishment” and Dick Dastardly stealing Netflix. As they try to figure why they were taken, Shaggy and Scooby encounter Captain Caveman and the Teen Angels’ Dee Dee, as well as the Blue Falcon. The superhero immediately expresses his frustration to Dee Dee that the balloons weren’t timed with his entrance. The trailer ends as DynoMutt tells our Scooby Snack-loving duo to strap in, only for the flight of the Falcon Fury to be a little much, making them ask to leave. From there, we revisit Shaggy and Scooby sitting in a movie theater, with Shaggy wanting the Rock to play him.

For me, this final Scoob! trailer came off as a bit repetitive. I loved seeing the gang off on a case that’s more personal, setting it apart from their typical adventures (something of which Fred and Daphne remind everyone in the trailer). I just wish they had kept the focus on new footage of our heroes. That being said,  I was glad we gained some insight into how Blue Falcon will interact with Shaggy and Scooby. Even though he only had two lines, it already feels like Mark Wahlberg was the perfect choice to voice the superhero,  fitting the mold for this Batman ’66-esque character. Adding Dynomutt to the mix only made things more fun. Should the film succeed as everyone hopes, I can totally see this superhero duo carrying this new shared universe forward, potentially adapting the Dynomutt Dog Wonder series from 1976 (a.k.a Blue Falcon and DynoMutt) Either way, I can’t wait to see more Hanna-Barbera goodness when the film opens on May 15, 2020.

Did this final Scoob! trailer make you excited for the film, or are you ready to get off the Falcon Fury? Let us know in the comments and stay tuned to Geeks + Gamers for more movie news!