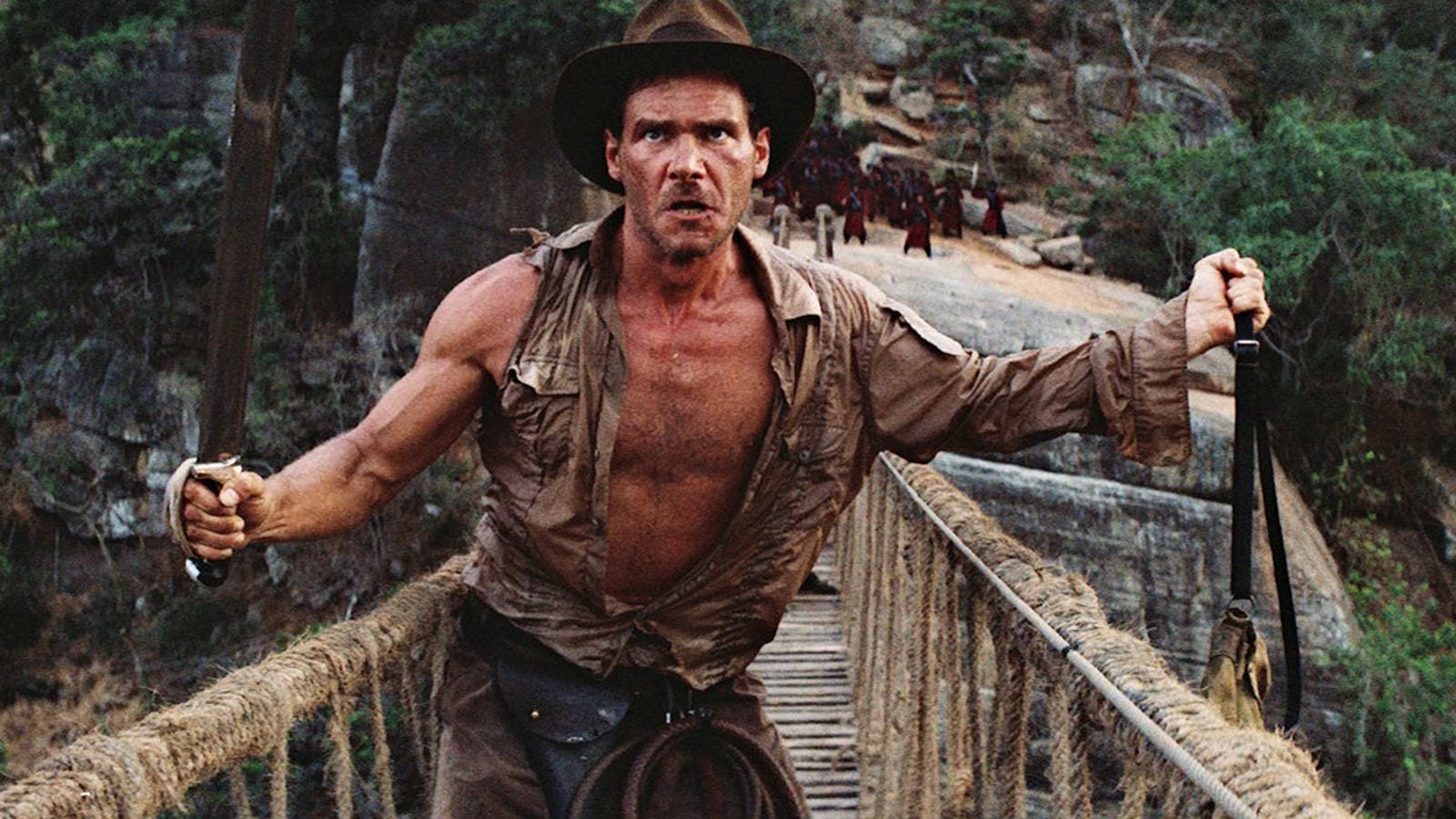 The first photos of Harrison Ford on the set of the new Indiana Jones movie currently filming in the UK have been revealed.

Exclusive Photo that we got right now!
Harrison Ford sighted on Set of Indiana Jones 5 pic.twitter.com/jVzTB25XIw

We can see Ford dressed in his traditional Indy costume donning the fedora, although no whip in hand, unfortunately.

Another photo from the beach shows what appears to be a fire emanating from Bamburgh Castle, where filming is currently ongoing.

Live from the set of the new Indian Jones film!

Just a reminder we're now closed until June 14 for filming but we're looking forward to welcoming you back then! Thank you for your patience 🙏🏰

Indiana Jones 5 is set to release July 2022, barring any potential delays due to COVID.

Did these morons not learn a DAMN THING from, “their” SW experience?

I mean the first pic has The Wicked Witch of The Ranch standing front and center as if that is supposed to instill hope in me that they don’t run Indy into the ground? Pffft! Yeah me and my, “unfounded” and “VALID” concerns before, “gIvE ThE MoViE a ChAnCe BrAh?”

No, I GAVE them the chance in 2015 and that was ALL I needed to know in how they were going to treat the franchise going forward and was nothing but a plurality of failures to follow with the occasional swing and a hit.

And that first pic really is the perfect metaphor of seeing Indy in a subdued way with duct tape over his mouth, just like another DLF character, who I can’t seem to place right… now?

Oh wait, that would be BOTH Han Solo and Luke Skywalker!

LOL “Wicked Witch of The Ranch”

I’m not so sure about this. Indiana Jones had a proper ending with “The Last Crusade”, a fifth one, especially from Disney, might not be the best idea.

Chris Pratt would have been better. Ford is at that age where I forget if he’s still alive or not. At his age, you can’t run or do jumping jacks. I loved the stars of his era, but there used to be a concept of riding off into the sunset, or going out on top. This is not how I picture Dr. Jones.

I also like that idea in particular with Chris Pratt,

With KK being involved, I can’t see her even doing Chris Pratt justice in that role. Cause I can almost GUARANTEE that whether Ford or Pratt would have ANY story that could serve their character respectively. Cause I can’t for the life of me shake my experience with how Diznee STEAMROLLED over the Canon while flipping the long time fans the bird while doing it!

I mean will Indy have to deal with yet another Diznee-Princess-In-The-works MaRey Sue and it makes Indy look like a chump? With KK in charge? Oh hell yeah, she will go there, oh yes, she will….

When your director takes potshots at fans while already making excuses you just know it’s going to be a disaster of a film. Hollywood has learned nothing.

Not getting my money.