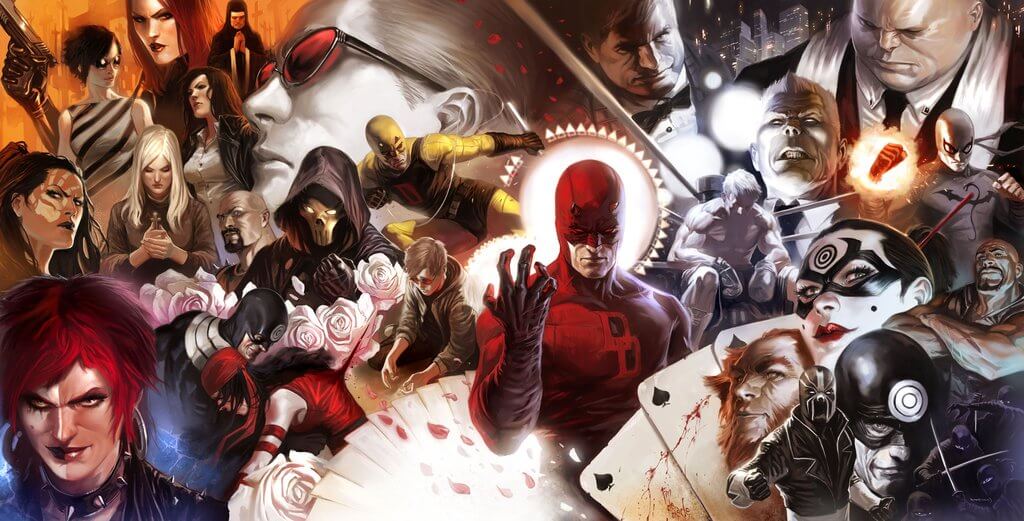 The Man Without Fear became the tragic cult hero of the Marvel Universe after the re-envisioning of the title into a noir-themed, hard-boiled comic book by Frank Miller between 1981 and 1983. A good way to celebrate the release of the third season of Daredevil’s successful Netflix run is to dig into Matt Murdock’s lore by checking out some great storylines about the agile guardian of Hell’s Kitchen. I made this list taking into consideration the chronology of the character to get a wide panorama of what the life of the Guardian Devil was all about (prior to the third Secret Wars, when the canon Earth-616 was — allegedly — destroyed). This list is focused on the narrative chronology, not the publication one, and these are mostly friendly reads for new comic book fans to jump in and check out. Also, as the title of this article suggests, since it no longer makes sense to suggest — for the millionth time — the classic arcs penned by Miller (The Man Without Fear, Born Again…) which even my dog probably knows about at this point, they’ve been left off the list. So, without further preamble, here are five Daredevil comics you should check out… 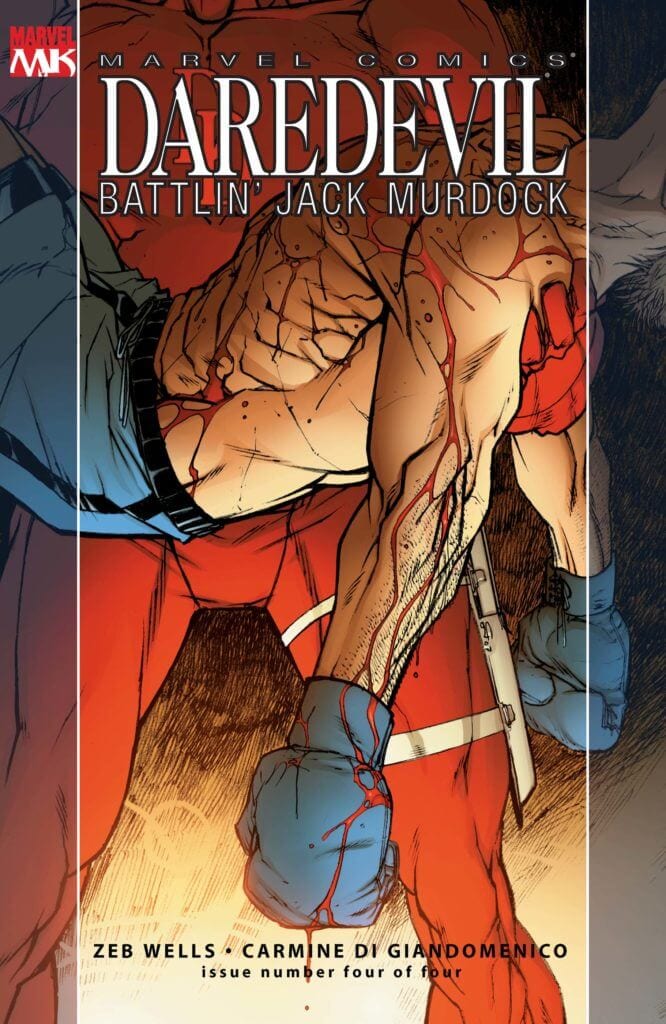 This 2007 miniseries published through the acclaimed Marvel Knights imprint is focused on the last four rounds of Matt’s father, boxer Jonathan Jack Murdock, who is fighting both in and out of the ring to make sure his son grows up to be a better person than he ever was. The story, written by Zeb Wells, could even make the Kingpin himself shed a tear. Carmine Di Giandomenico’s pencils are elegant, yet raw, making the ambiance of the comic book optimal for the tale of the man who received his most savage beating from life itself for the sake of his son. 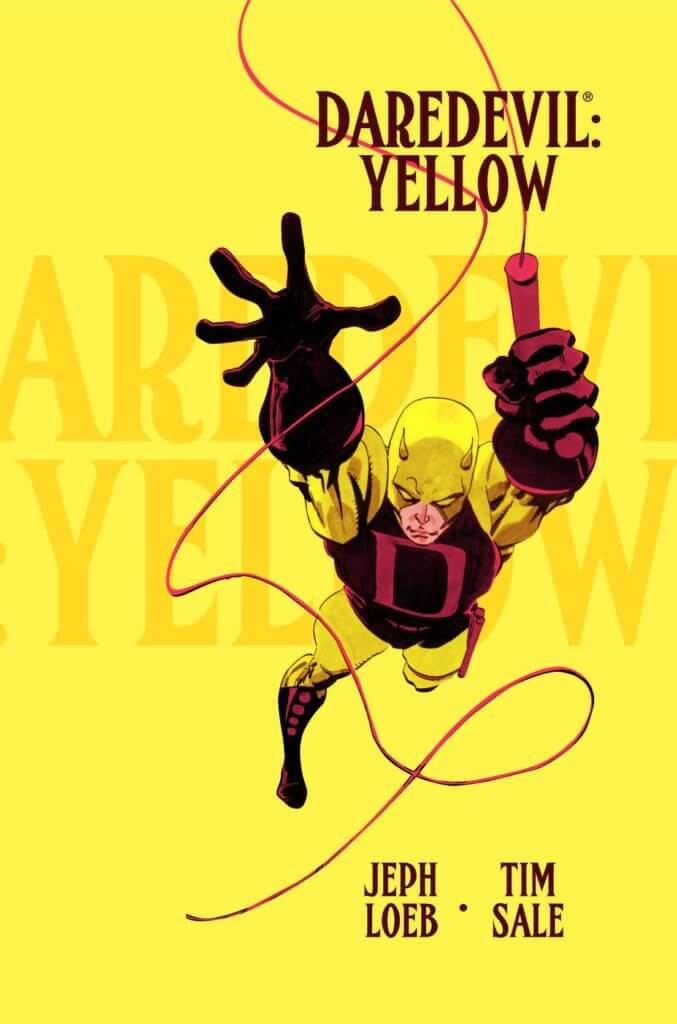 When legendary pair Jeph Loeb and Tim Sale teamed up to make the “colors” line of comics for Marvel (Spider-Man: Blue, Captain America: White, and so on), they always delivered the most heartwarming and nostalgia-filled stories with the House of Ideas characters you could ever hope to read. With Daredevil: Yellow, they tell a tale that mixes up the origin of Daredevil, the birth of Nelson & Murdock, Matt’s tender romance with a young Karen Page, the implications of serving justice on two fronts, and how Matt can make peace with his past so that he can discover his future as one of the most psychologically rich and complex characters in the Marvel Universe. 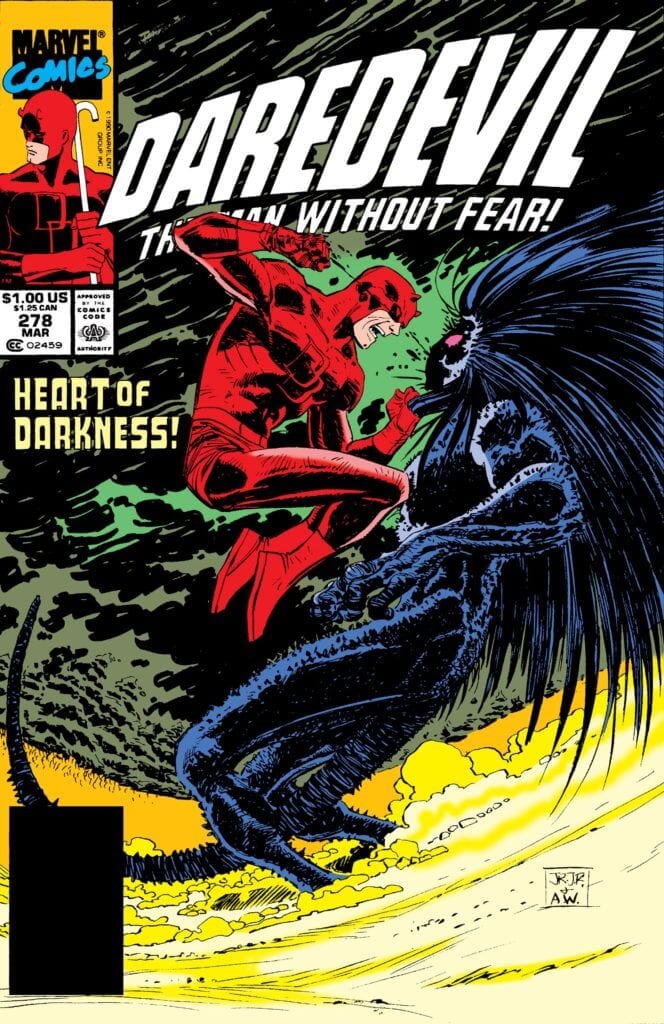 The Guardian Devil confronts other devils! After Miller’s celebrated tenure on Daredevil, Ann Nocenti and John Romita Jr. continued the greatness of the title while bringing the book back to basics with a superheroic tone that still kept a good amount of the signature complexity of the character. After a very nomadic period in Matt Murdock’s life, devilish Marvel demons Mephisto and Blackheart try to exploit the blindness of justice through sin — both human and inhuman — in order to corrupt good-hearted men such as the Man Without Fear. 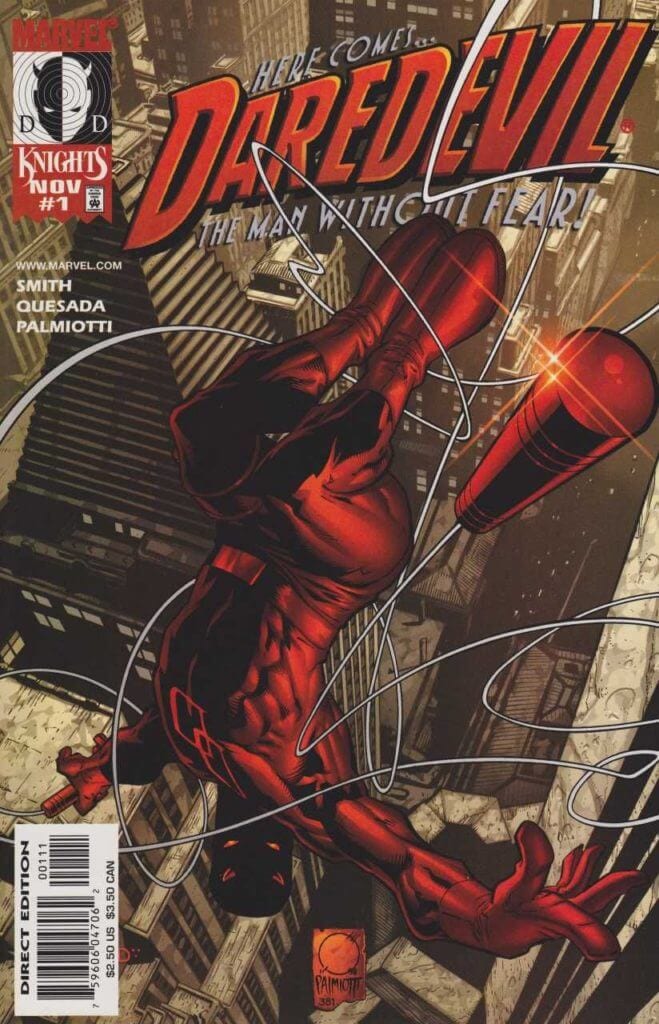 This story was produced by filmmaker & screenwriter Kevin Smith — in his Marvel debut — and then penciller Joe Quesada, with Jimmy Palmiotti inking, and it’s a historical book for the House of Ideas because this “Hail Mary” pass to Event Comics (Quesada’s & Palmiotti’s indie publisher) led to them taking over editorial duties for Marvel right after the comic juggernaut almost went bankrupt. This move kickstarted the Marvel Knights imprint, which brought with it a very daring and creative period for Marvel just as Joe Quesada ascended to the position of Editor-in-Chief, with their more mature, psychological and raw stories injecting new life in the publisher.

Regarding Daredevil’s mythos, these issues potentiate the insecurities and tragedies of the Man Without Fear, who must decide what to do when he comes across the son of the Anti-Christ, as well as Karen Page’s now unrecognizable life. Karen became a heroin addict during Miller’s run, and now she’s HIV positive. And as the cherry on top of the world’s saddest cake, psychotic hit man Bullseye decides to show up for a visit to Hell’s Kitchen and his old pal Daredevil, who is pushed to the limits of what a good Christian can take from life in the big, mean Marvel Universe. 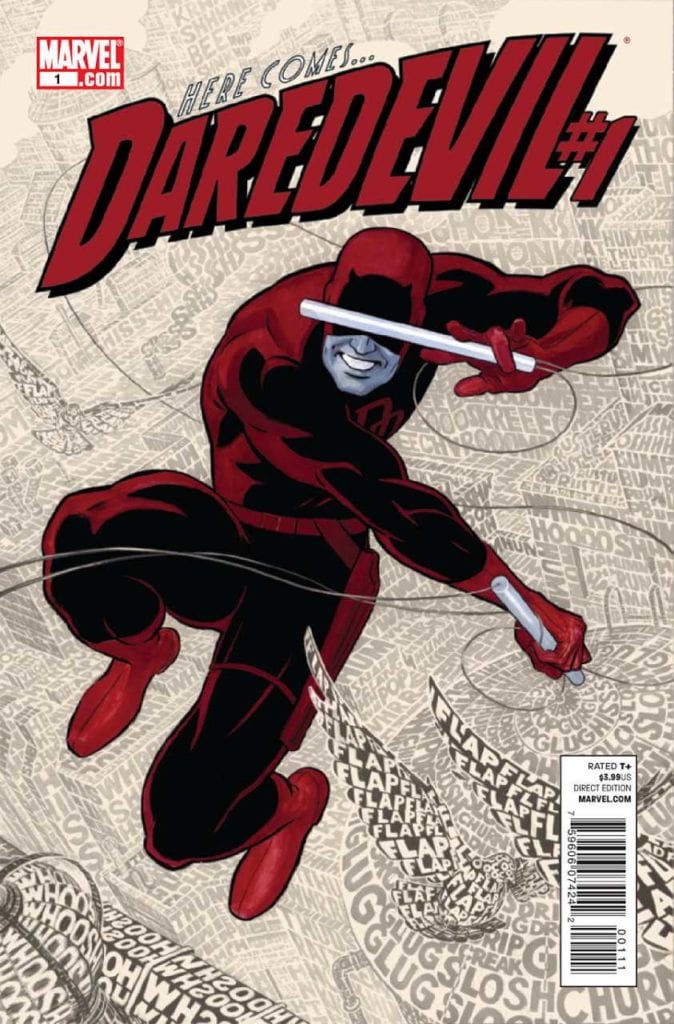 Here Comes… Daredevil arrived after the complicated events of Shadowland and Reborn, in which Matt became the Hand’s top dog before going to Mexico to find himself again as he solves a mystery involving drug running in a small town. Having gotten that out of the way, Murdock decides to restart his law firm in New York City, kicking things off with an infamous case of police brutality that is more intricate and deadly than it seems on first glance, even for someone with a sharp radar sense.

Writer Mark Waid, along with artists such as Paolo Rivera and Marcos Martin, brought a fresh perspective to the adventures of the blind superhero. Even though he strayed from the character’s usual Noir/Hard-boiled tone a little bit, Daredevil’s adventures during this volume didn’t lose anything with regards to the action and thrills. With this comic, Daredevil gained a new, vibrant, colorful palette, both in the panels and in the stories.

And those are my five suggestions for Daredevil comics to read, outside of Frank Miller’s work. I hope these recommendations help you discover more about this incredible Marvel superhero, and that they compliment your Netflix binging experience!