For some time now, the Flash has been a top-tier superhero with regards to power within the DC universe. His ability to accomplish such feats as travel through time and alter the timeline, create paradoxical alternate realities, punch with the force of a white dwarf star, and outrun death itself, among other feats (see “Friday Flash Facts: Iconic Feats of Speed“) makes him far more than a quick scout for recon missions. As such, his presence and utility on the various teams with which he is associated have grown over the years. But regardless of this, and admittedly of how many times the various heroes who’ve borne the mantle of the Scarlet Speedster have done it, saving the world (and the multiverse) is typically not a one-man job. Sometimes we get by with a little help from our friends, and the Flash (all of them) has no shortage of superfriends. It’s fairly common knowledge that the Flash (again, almost all of them) has been a consistent member of the Justice League, and anyone who grew up in the 90’s and watched Justice League: The Animated Series and Justice League Unlimited should already be well-aware of Flash’s presence and importance there. Less common knowledge, however, is the various other teams to which the Fastest Man Alive has been a card-carrying member of over the years.

Barry Allen’s terrible first idea for the inaugural team that would be known as the Justice League of America or JLA aside, it’s no secret that the iconic teaming of DC’s greatest heroes is incomplete without its resident speedster. Silver Age Flash Barry Allen was a founding member of the Justice League of America alongside Batman, Superman, Wonder Woman, Green Lantern, Aquaman, and Martian Manhunter since the team’s inception back in 1960’s The Brave and the Bold #28, and was created by Gardner Fox and Julius Schwartz as the Silver Age’s spiritual successor to the Golden Age’s own Justice Society of America – but more on that later. The Justice League of America has been disbanded and reformed countless times, with each incarnation having its own new roster of heroes, but the Flash has remained a staple member to this day, all the way through the current DC Rebirth continuity. The Flash, whether it’s been Barry Allen or Wally West, has been an integral part of the team, and contributed to many of their greatest successes since their first bout against Starro, having helped to take down such villains as the Anti-Monitor, Darkseid, Mongol, and the evil incarnations of Batman from across the recently revealed Dark Multiverse (read DC’s face-melting event Metal). 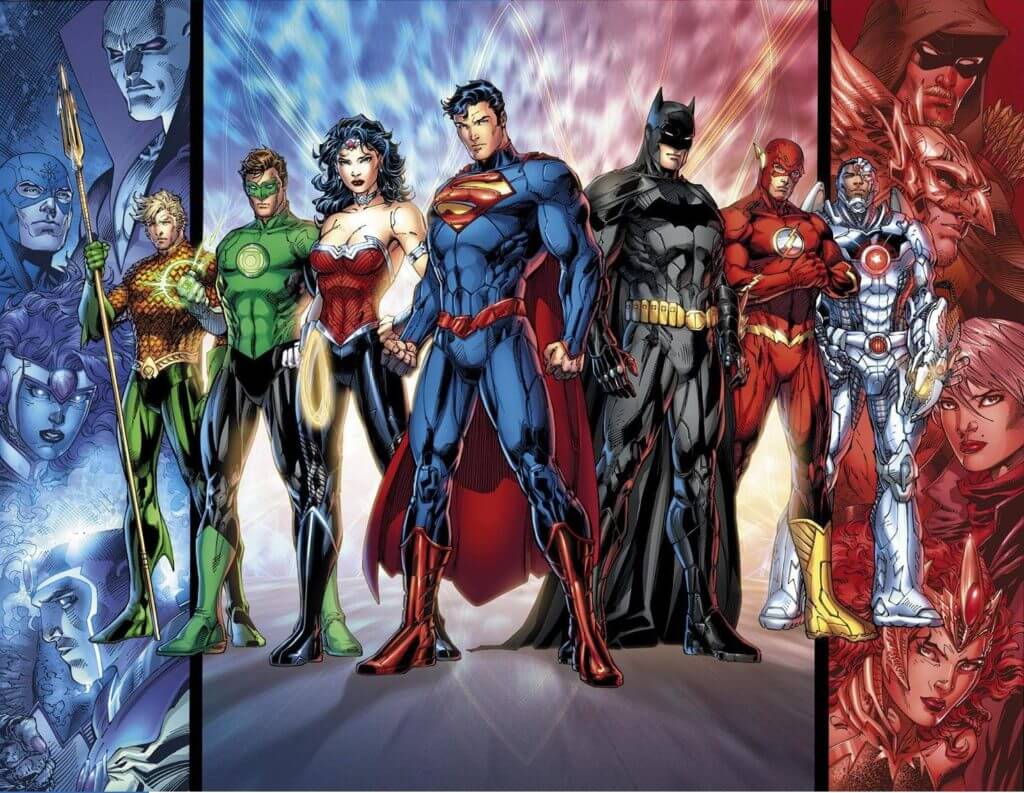 As the above section mentioned, the Justice League of America was not DC’s first team of all-star heroes; that was the Justice Society of America. First appearing in 1940 and created by the team of Gardner Fox and Sheldon Mayer, the JSA was comprised of Golden Age heroes Flash (Jay Garrick), Green Lantern (Allen Scott), Dr. Fate, Atom, Hawkman, Sandman, Spectre, and Hourman. Just as with its Silver Age successor, the Justice Society of America has been reformed several times over, with each team being a new amalgamation of DC heroes. But the Flash has remained a staple member even into Jay Garrick’s late years (you’ve got to love that slowed aging from the Speed Force). When DC relaunched their universe with the New 52, the JSA in its known incarnation was nowhere to be found; however, they did have a series known as Earth 2 which contained a new take on the classic Justice Society members with a re-branded team called the Wonders of the World. This team contained versions of its historical members in name only, and most fans were largely unhappy with the take on such classic characters (there’s the New 52 in a nutshell for you).

During the pre-52 continuity, shortly after Barry Allen’s triumphant return in Flash: Rebirth, the Blackest Night event introduced new Lantern Corps to the DC universe landscape, each being associated with a different color/emotional spectrum pairing. When the Black Lanterns threatened to bring death upon the universe, many heroes (and villains) were chosen as temporary deputies within various Lantern Corps. One such honorary lantern was Barry Allen, within whom the Blue Lanterns saw a tremendous amount of hope (the emotion associated with their Blue Lantern Corps), and as such he was given a Blue Lantern Ring to combat the darkness. This went along with the long-held idea that Barry Allen was a great source of hope to others and despite the tragedies of his life, still possessed it in spades. It also was a cool mixing of worlds, as Barry Allen and Green Lantern Hal Jordan had long been close friends, and seeing them ring-slinging together was a sight to behold. A little-known fact on the side here is that both Barry Allen and Wally West have actually wielded Hal Jordan’s Green Lantern ring on multiple occasions.

Clash of the Titans

The adult Flashes aren’t the only speedsters who populate various DC teams. Every adolescent who has been a Kid Flash has also been a member of one or more of the many teams comprising of younger heroes. The original Wally West was a founding member of the Teen Titans, as well as went on to found the Titans when he and his fellow original Teen Titans had grown a little older. Bart Allen, the second teen to be known as Kid Flash after dropping the title of Impulse, has been on numerous teams, including a regrouped Teen Titans, Young Justice, the Legion of Superheroes and more. And New 52 Wallace West has also been recruited by Damian Wayne to his new band of Teen Titans. The various Teen Titans and Titans teams have benefited from the presence of a Kid Flash or Flash member on their rosters going all the way back to the first team-up of Dick Grayson, Wally West, and Garth in the original inception of the teenage hero group. All in the Family

While the various characters who have taken up the title of Scarlet Speedster always work well as solo acts or within their associated Justice teams, there’s nothing quite like working with your own family. The speedsters known by the name of “Flash” or “Kid Flash” are all a part of their own group of heroes known as “the Flash Family.” Consisting of: Golden Age Flash Jay Garrick, Silver Age Flash Barry Allen, Bronze Age Flash Wally West, Kid Flash Bart Allen (formerly Impulse), Speed Formula users Johnny Chambers and his daughter Jessie “Quick” Chambers, Speed Force guru Max Mercury, and Wally West’s twins Iris and Jai West. This family, by blood or association, of speedsters combines their Speed Force powers to impressive effect and can take down villains that would give even the Justice League trouble, such as Reverse Flash Eobard Thawne. The Flash Family team was best represented during Wally West’s time as the Flash before the return of his mentor, Barry, as well as in Flash: Rebirth when the group squared-off against the aforementioned Reverse Flash. One of the unique dynamics within the Flash Family is the way it is heavily based on mentor-ship, with the younger speedsters always willing to learn from those who’ve run before them (with the exception of Bart Allen for a time – he was a bit…stubborn while Impulse). A great example of this dynamic is how, even though Wally West is the most powerful among the speedsters, he still consistently took advice or teachings of the elders of the group such as Jay, Max, and Johnny, even to the point of using their different methods of utilizing their speed to give a nitro charge to his own.

No DC team is complete without a Flash/Kid Flash on its roster. The generally positive demeanor and peppy personality that tends to accompany the Flash Family members adds a light to teams heavily staffed with brooding bats and angry amazons (the comic version of Wonder Woman isn’t quite the same beacon that Gal Gadot so wonderfully portrayed the character as). Perhaps the DCEU should take some serious notes from that idea and bring a little speedster lightheartedness to their next projects.