G4 Rids Itself of Frosk 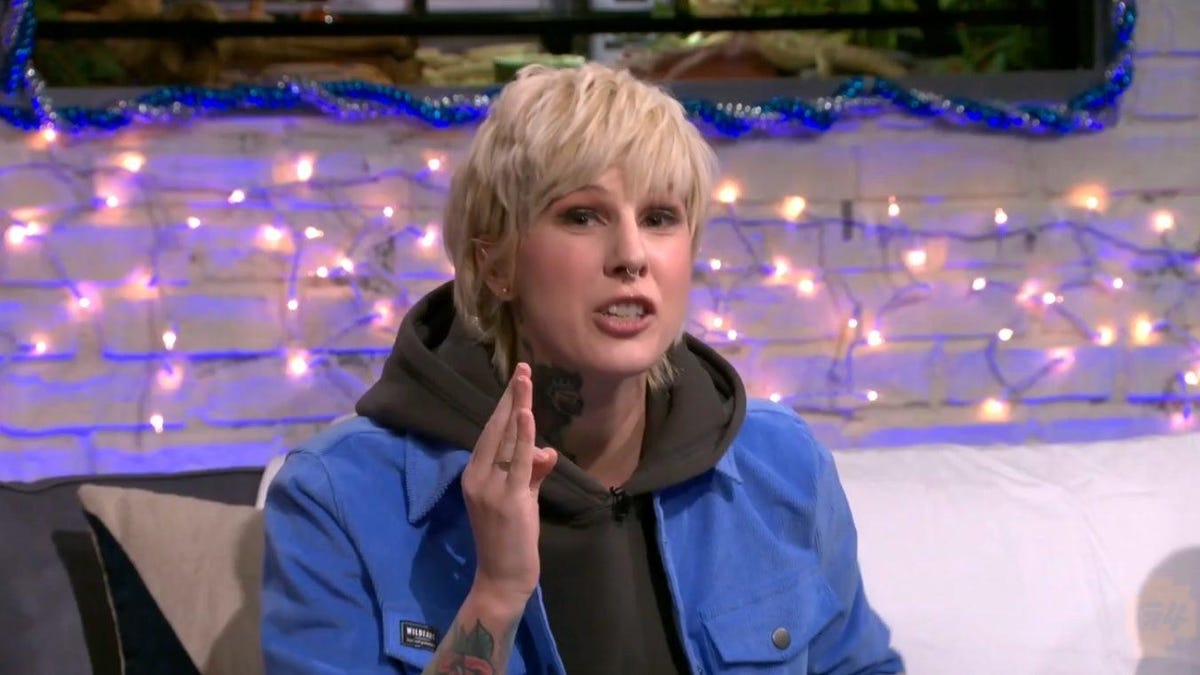 Sometimes, even when you’re far removed from a situation, you can still appreciate someone getting what they deserve. Last week, G4TV laid off between twenty and thirty staff members amid financial difficulties. They sound like they were pretty brutal, too; according to Kotaku, people came in ready to film their shows only to be told the programming was canceled for the day while individual employees were met by human resources. On a stream discussing the layoffs, host Fiona Nova said:

“What I will say is yeah, we lost some really talented and amazing people, people that honestly are family to us… We were all crying, we were all devastated, which is why we could not do a show yesterday. Emotions were high and it was the right call to cancel it.”

That’s a compassionate response from someone who is probably a decent person; no points for guessing who had a much more callous reaction.

Let's play some games, yo pic.twitter.com/hB0eWMYHBO

That is, of course, Indiana “Froskurinn” Black, better known as simply “Frosk,” the G4 host who went on a self-pitying rant about how people find Olivia Munn more attractive than her back in January, capping it off with telling people not to watch G4 if they didn’t like it (which G4 echoed in the aftermath). While I’m sure there are other contributing factors (based on their comments to Frosk’s meltdown, it doesn’t seem like their on-air personalities are a lot of fun to watch), it’s extremely likely that Frosk attacking the audience contributed to G4’s money problems. But, she made it through the layoffs, and she showed her appreciation for her now-jobless co-workers by making their hardship all about her, and with a joke, no less.

Thank you so much to @g4tv and the talented Xplay and Esports departments! Loved working with you guys. Gonna especially miss Gex! <3

Today, it was revealed that Frosk has been shown the door as well, with G4 parent company Comcast buying out what remained of her contract. While a reason hasn’t been given, it’s generally assumed that her thoughtless tweet is the reason for her ouster – or, at least, the last straw. Someone people liked – Olivia Munn, for example – could get away with an apology for a nasty tweet like that. Someone like Frosk, on the other hand, just becomes more trouble than they’re worth. This is what I mean about appreciating this despite being removed from it; I barely knew what G4 was before Frosk’s meltdown in January and never watched it other than that rant. (My introduction to Olivia Munn – outside the occasional online photo and a few appearances where I didn’t recognize her – was watching The Newsroom.) But I can appreciate seeing an awful person get their comeuppance.

I tend to agree with Az from HeelvsBabyface, though (whom Blabs interviewed here); someone will sign Frosk up soon enough. The woke landscape of entertainment media loves an activist, and Frosk has established herself as that. And it won’t matter if she does for her next employer what she did for G4; the message is what matters.