SJWs lose their minds because they think Cleopatra was black 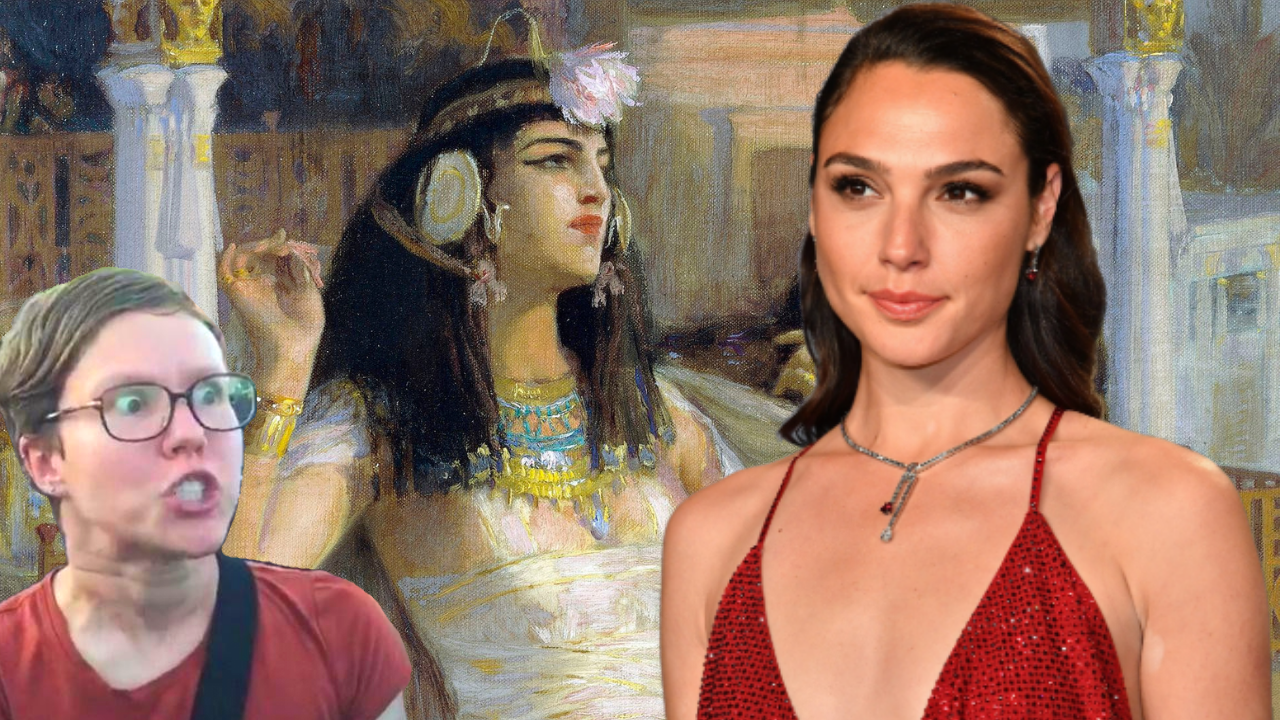 The woke Twitter mob really needs to get more consistent with their outrage.

Only days ago, SJWs on Twitter complained that Mel Gibson, who was accused of anti-Semitic remarks fourteen years ago, was going to be in a movie. Evidently, it’s “rules for thee but not for me,” because the attacks on Wonder Woman actress Gal Gadot pale in comparison to what Gibson was reported as saying. People are upset that Gal Gadot is not black, even though the historical figure she will be playing wasn’t black either.

On Saturday, it was announced that Gal Gadot and Patty Jenkins would be working together again, this time in Cleopatra. Shortly following that, Gadot herself tweeted to let her fans know about her newest project.

As you might have heard I teamed up with @PattyJenks and @LKalogridis to bring the story of Cleopatra, Queen of Egypt, to the big screen in a way she’s never been seen before. To tell her story for the first time through women's eyes, both behind and in front of the camera. pic.twitter.com/k5eyTIfzjB

What followed was an onslaught of hate and racist vitriol leveled against Gal Gadot. Dataracer captured many of these hateful tweets, establishing that a lot of the SJW’s were calling her a “dumb white bitch” and “piece of shit Zionist” simply for not being black.

Gal Gadot is recieving harassment for being cast as Cleopatra.

SJW's are calling her a "dumb white bitch" & "piece of shit Zionist."

Woke culture being anti-Semitic while not knowing Cleopatra was Greek. pic.twitter.com/fdkjy2xDMn

The racially motivated attacks and death wishes are simply disgusting. But this is not just anonymous Twitter accounts pushing hate due to the misconception that Cleopatra was black (spoiler alert: she wasn’t). The list includes journalists, doctors, and, of course, a Lucasfilm author.

Journalist Sameera Khan not only blasts the casting for not being “Arab,” but accuses Gal Gadot of stealing Arab roles while saying her country steals Arab land. She was promptly ratioed and destroyed for her shit take, as she deserved to be.

Which Hollywood dumbass thought it would be a good idea to cast an Israeli actress as Cleopatra (a very bland looking one) instead of a stunning Arab actress like Nadine Njeim?

So…there were no Egyptian women to play, um, an *Egyptian* queen? https://t.co/RBFv55He8d

It seems like history wasn’t covered in his medical school.  Although Cleopatra was the Queen of Egypt, she was not of African descent.  But we will get to that.

And then we have Lucasfilm employee and High Republic author Justina Ireland, who has a documented history of hating white people, who put out a different casting choice. She is advocating for Lupita Nyong’o in an effort to blackwash Cleopatra.

It looks like these people need to educate themselves.  The “Was Cleopatra Black” debate has been circling the internet for a while now, but there is a reason that these claims usually come from articles in Ebony magazine instead of actual scientific or scholarly sources.  Ohio State University Professor Duane W. Roller provided one of the best breakdowns of the absolute insanity of the claims that Cleopatra was black.

“It has been suggested – although generally not by credible scholarly sources – that Cleopatra was racially black African. To be blunt, there is absolutely no evidence for this, yet it is one of those issues that seems to take on a life of its own despite all indication to the contrary.”

He goes on to dissect the entire lineage of Cleopatra and all possible outcomes and shows that there is zero evidence that Cleopatra was black.

“To sum up: it is quite possible that Cleopatra was pure Macedonian Greek. But it is probable that she had some Egyptian blood, although the amount is uncertain. Certainly it was no more than half, and probably less. The best evidence is that she was three-quarters Macedonian Greek and one-quarter Egyptian. There is no room for anything else, certainly not for any black African blood.”

The race-baiting haters that want to blackwash history are definitively wrong, but it doesn’t matter.  Justina Ireland, even when confronted with the evidence, still wants to race swap Cleopatra.

The story of Cleopatra in movies has always been one of excess and elegance and romance. No one gives a shit about historical accuracy until it rubs up against their racism.

Not only is the hatred that Gal Gadot is getting on Twitter disgusting, but the reasoning is unwarranted and has no basis in facts. Cleopatra was not black, and neither is Gal Gadot.  The anti-white, or anti-Israeli narrative, in this case, is fueled by racists who want to change history. To be honest, I give zero fucks about this movie, but I may end up seeing it just to piss these people off.

Gal Gadot is a great actress and a true to life bad-ass of a woman. I’ve generally disliked almost every DC movie that’s come out (post Dark Knight Rises of course) EXCEPT for Wonder Woman and her roles in the following films. She should be able to play whomever she likes, and using her talent for telling thought provoking stories that the rest of us can enjoy. I’m excited to see who they have composing the music score for that movie as well..

Well, she gets what she deserves. Gaddot has been spouting terrible misandry herself over the years and now she gets eaten by their own.