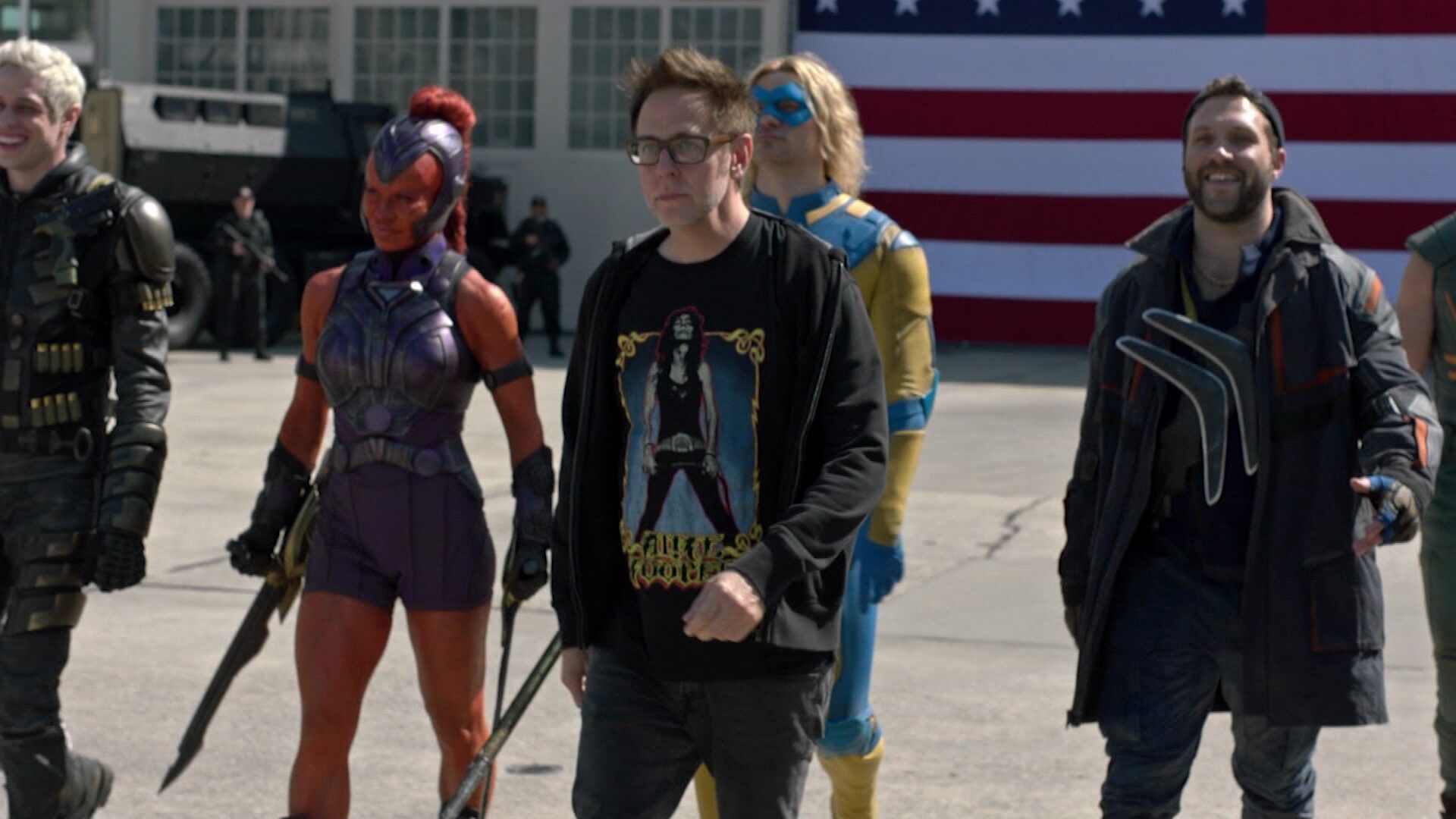 James Gunn was speaking at DC FanDome about his latest DC film, The Suicide Squad, and the creative freedom he enjoyed while making it.

During the discussion of some scenes in a film where (SPOILERS) many main characters die, Gunn said, “That’s the happiest night of my life. That was Warner Bros.’ funeral where they let me do that.” Gunn’s free rein to kill major characters early on in his first DC outing was 100% shock value, showing that DC really doesn’t care anymore and will allow their directors to do whatever they want.

It’s a stark contrast to what we’ve seen from previous DC directors like Zack Snyder and Patty Jenkins, who both had creative control issues with their own DC movies.

It’s strange that DC now takes this approach, giving carte blanche to directors to freely guide the story and fate of major DC characters that were already established in a previous movie (Suicide Squad) – which they chopped to pieces and now owns the title “Studio Squad” among the film’s detractors.

If this nickname for a movie that was heavily edited and far removed from director David Ayer’s vision is any indication of what we are dealing with at DC and Warner Bros., the next item will solidify the notion that DC destroyed their extended universe franchise by not allowing their previous directors to have total creative control.

Zack Snyder began the DCEU with Man of Steel in 2013, a movie that had mixed reviews. Equating it to a decent sci-fi movie but what Jeremy of Geeks + Gamers calls “a bad Superman movie,” along with Rotten Tomatoes verified critics like Grant Watson, who said in his Fiction Machine review, “Here is the main problem: it is a solid movie, but a terrible Superman movie.” Jeremy will love the comparison between himself and a Rotten Tomatoes critic.

After I posted this clip of Gunn:

Jeremy responded with his same tired “Zack Snyder sucks” line, saying, “Gunn actually makes good movies. That’s the difference.” Now, that claim is a totally subjective one when it relates to art, and movies are art.

I, on the other hand, didn’t like James Gunn’s The Suicide Squad, and I surely don’t think, as Jeremy does, that Gunn’s film is “better than all of Snyder’s DCEU, and it’s not even close.”

It was all destroying things for shock value. OK, here’s some evidence.

I've had creative freedom with both, but Squad is rated R so there really are no rules. Most of it is I let myself go more wild.

But if Zack Snyder said the same thing, “WB’s funeral” about Man of Steel or Batman v. Superman (he wouldn’t because he actually cared about the world he was constructing, unlike Gunn’s controlled demolition of The Suicide Squad.) Then critics and DC/Warner heads would have skewered Snyder, saying, “Why are you controlling our biggest IPs if you just want to destroy everything?”

While Zack was building a franchise for them to propel off, Gunn had to destroy the scraps DC left from the s***show created when they brought in Joss Whedon (Marvel’s Avengers 1 and 2) to stick together and re-shoot multiple scenes for Justice League, more commonly known as Josstice League.

The argument that Batman v. Superman “didn’t even break $900 million” is ridiculous for a number of reasons.

1. The theatrical version and the Ultimate Edition contain different versions, meaning the studio cut down the movie, taking away the director’s full vision from theater audiences.

2. A lot of comparing was done between BVS and Captain America: Civil War as they were both released around the same time in 2016. BVS was the second movie in a franchise, while Captain America 3 was the 13th MCU movie with previously established characters in a strong franchise. It’s been said that WB rushed BVS to compete with Marvel. If so, that’s the studio’s fault, not Zack’s.

Warner executives may not like Snyder or his movies – that they themselves tampered with – but their fans say otherwise, constantly trending on social media with #RestoreTheSnyderVerse. Warner Bros.’ YouTube channel has also seen a raft of interaction with likes on Snyder content, dislikes on Whedon content, dislikes and comments when WB leaves a 4K trailer for Zack Snyder’s Justice League unlisted. As of this writing, the 4K trailer is still unlisted.

Now, Jeremy might say, “Tweets and hashtags apparently mean we just get more sh***y Snyder movies. That’s leftist logic.” However, I seem to remember a large reason Zack Snyder’s Justice League released was because of tweets and hashtags, regardless of whether you think the movie is sh***y or not. #ReleaseTheSnyderCut was an arduous journey to have the movie everyone wanted instead of the studio’s “canon” version of Justice League.

If supporting a movie in any way you can, like through hashtags, forces a multi-billion-dollar company to cave and produce the movie they were initially supposed to makes you a leftist, well, I guess your political compass is way off.

Also, if you don’t like Snyder’s movies, you don’t have to watch them. DC is a multiverse, and they’ve made clear they want to move in another direction for now, so hopefully, you can enjoy whatever they give you, and I won’t have to listen to you whinge about Snyder anymore… Who am I kidding? You’ll never stop.