This is the main event. Whether you’re a devoted fan of the genre or just a dabbler, we’ve all got a good horror movie or two we like to watch when the leaves begin to fall and All Hallow’s Eve approaches. Whether you prefer bloody slashers, spooky ghost stories, seductive vampires or anything else creepy, everyone likes to be scared on Halloween, and movies are the most fun way to do it. So if you’re hosting a viewing party or sitting alone, hoping the eerie sound you hear is just your heater acting up again, consider one of our Halloween movie picks…

Halloween (the first one) is great, A Nightmare on Elm Street is excellent, Friday the 13th… may well be good, but on special occasions, you dance with the one who brung ya’, and for me that’s Scream. Wes Craven’s meta-slasher revival was the first in the subgenre I saw; I’d planned on skipping it, but the word of mouth from my 8th-grade classmates intrigued me enough for a rental. It didn’t take long to rise to the top of my rewatch list, and not just for Halloween. It was my gateway into horror, convincing me to try out movies I’d written off previously, and while I like some of them very much, none are as special to me as Scream is.

Scream’s horror lies not in cheap scares, but in the dread that envelopes the film as it does the town of Woodsboro in the wake of Ghostface’s murder spree. The movie wisely emphasizes the mystery behind Ghostface’s identity, using this to establish the truly scary part of it: anyone can be the killer, and with a cast of characters as fun and likable as Scream’s, we’re able to feel what Sidney Prescott (my favorite horror heroine) feels – that someone she loves is trying to kill her. The rest of the series ebbs and flow; Scream 2 is fantastic, Scream 3 is mediocre, and Scream 4 is good, but not on the same level as the first two. (That ridiculous-looking TV show doesn’t exist, as far as I’m concerned.) That first film is movie magic, though, and perfect for your Halloween party. 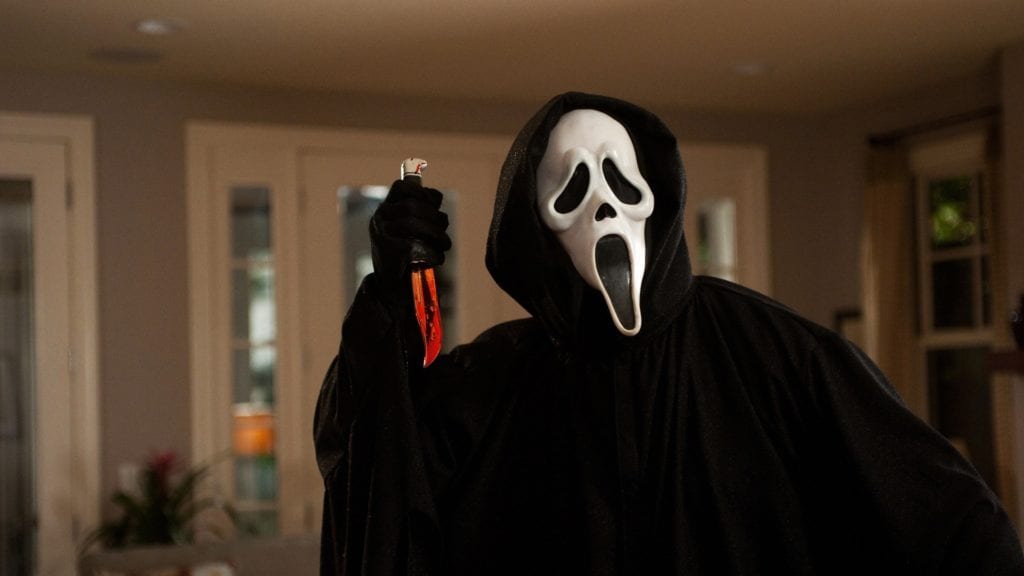 Brett – Scooby-Doo and the Reluctant Werewolf (1988)

I remember Cartoon Network’s Cartoon Theatre block from when I was a kid. Bugs Bunny movies, Flintstones; ah, those were the days! But by far, my favorite was Scooby-Doo and the Reluctant Werewolf. Like clockwork, it would come on every Halloween, and I’d be glued to the TV every time Cartoon Network aired the movie, often to my grandparents’ chagrin. The plot of this particular Scooby-Doo adventure in 30 words or less: Shaggy gets turned into a werewolf and must compete in a race with every single kind of monster that would terrify him in a typical Scooby-Doo episode. There are two big reasons why this is my pick. 1) This is the first time, at least in my memory, that Shaggy was really the lead. The onus was on him to succeed, and he didn’t have the typical gang there to help him out. Only Scooby, Scrappy, and Googie, Shaggy’s girlfriend(!). It was great to see Shaggy racing toward something, rather than racing away. 2) Analysis aside, Halloween is supposed to be fun! We’re supposed to be reminded of all those years when we dressed up as our favorite monsters and got scared with our friends, or when we watched all those Halloween-themed cartoons when we were kids. Why not do the latter and treat yourself tonight to a visit with your favorite Cartoon Great Dane and his werewolf best friend? Grave Encounters is a perfect Halloween film. It follows this group of ghost hunters who head out to an old mental hospital where ghosts apparently haunt the halls. The group of characters knows that ghosts are complete bunk, but they play it up for the camera like everything is real. Once they get into the hospital, it becomes clear that they had no idea what they were really getting themselves into. I love how this movie pokes fun at all of those ghost hunter TV shows. It’s a fantastic premise to use those type of characters as the targets for actual ghosts. There is some comedy during the setup, but once things start happening the tone changes completely. The cinematography is really good and some of the imagery is legitimately frightening. This is an underrated found footage film that may feel familiar but delivers on its scares. 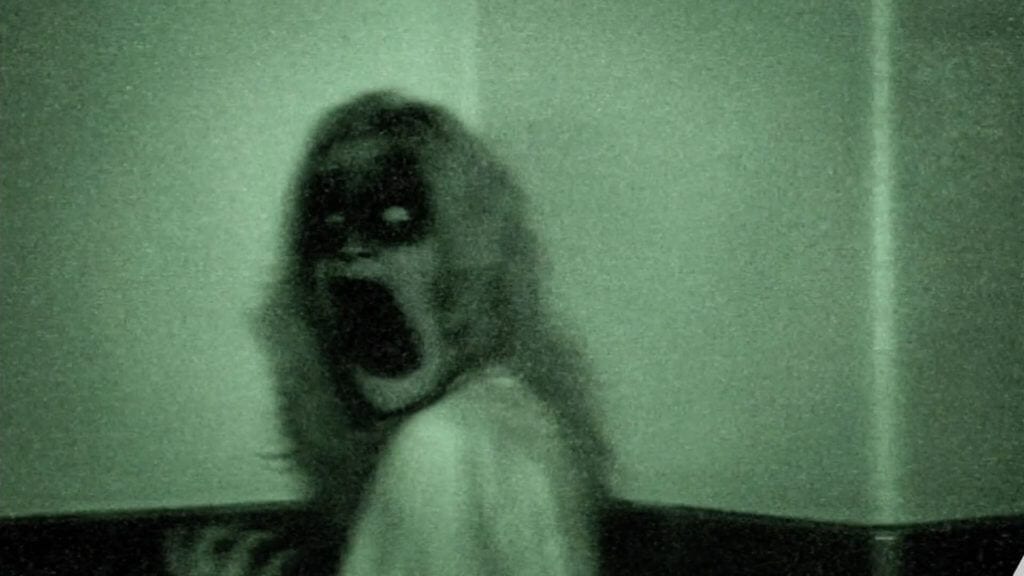 A group of young adults vacation at a remote cabin in the middle of the forest. What could possibly go wrong? Well, nothing you can imagine, since this filmic love letter to horror clichés by Drew Goddard (Daredevil) and Joss Whedon (The Avengers) subverts the conventional plot points of the genre to the extreme while metaphorically commenting on the state of horror cinema in Hollywood in the most meta of scary movies and one of the very best to come out of this decade. There is no shortage of things I can say about the 1973 horror film The Exorcist. I was 11 years old when my parents took me to the movie theater to see the re-release, and I was never the same. I usually did pretty well with horror-related things; I regularly went to haunted houses during the Halloween season, I had seen many scary movies, and though I would get scared, I had a great time and truly enjoyed myself. With this film, my parents pretty much wasted their money, as my face was buried into my mother’s side for most of the runtime. Whenever I would get brave enough to peek my head out and look at the silver screen, something else would happen to make me burst into tears and hide again. See, I was going to a Catholic school at the time, and I was being taught that demonic possession was a real thing that could truly happen to people. Whether or not I or anyone else believes in that now, it was terrifying to see this ordeal that I honestly believed could happen in real life play out on the big screen. Sure, the terrifically scary main theme, the imagery of the spider walk, that crucifix scene, the overall creepy ambiance, the demonic faces that would quickly flash in dark sections on the screen, and the spinning head all really scared the hell out of me, but it was simply Linda Blair’s portrayal of Regan that scarred me for life. Her face when the demon took over, along with her voice, haunted my dreams for a long time, and I didn’t get much sleep for even longer; I still get uneasy when I see her character. I’ve since tried to revisit the film a few times as I’ve gotten older, but even to this day, at almost 30 years old, I just can’t watch The Exorcist. I do fine with any other horror film, even those in the same “demonic possession” sub-genre, but when it comes to this one, I can’t do it. It is, beyond a shadow of a doubt, the scariest film I have ever seen in my life, and if a friend or family member brings up watching it, I can only reply with “F that.” Virginia – The Nightmare Before Christmas (1993)

I have a long list of movies I love to watch at Halloween, but this spooky musical embodies the season like no other. I love the unique designs of the characters and scenery, and the concept of the holiday towns is really cool. Danny Elfman’s songs and score have become iconic on their own, and rightfully so. I also particularly like the characters of Jack and Sally. Did your favorite Halloween movies make the list? What did we leave off? What will you be watching this year? Let us know in the comments, come back to Geeks + Gamers for more movie content all year round, and from all of us to all of you, Happy Halloween!
ghosts Grave Encounters Halloween Horror Joss Whedon Monsters movies Scream The Cabin in the Woods The Exorcist The Wolf Man