Awarding the best and worst of Summer Game Fest. What will be crowned dumbest thing or best dinosaur game? 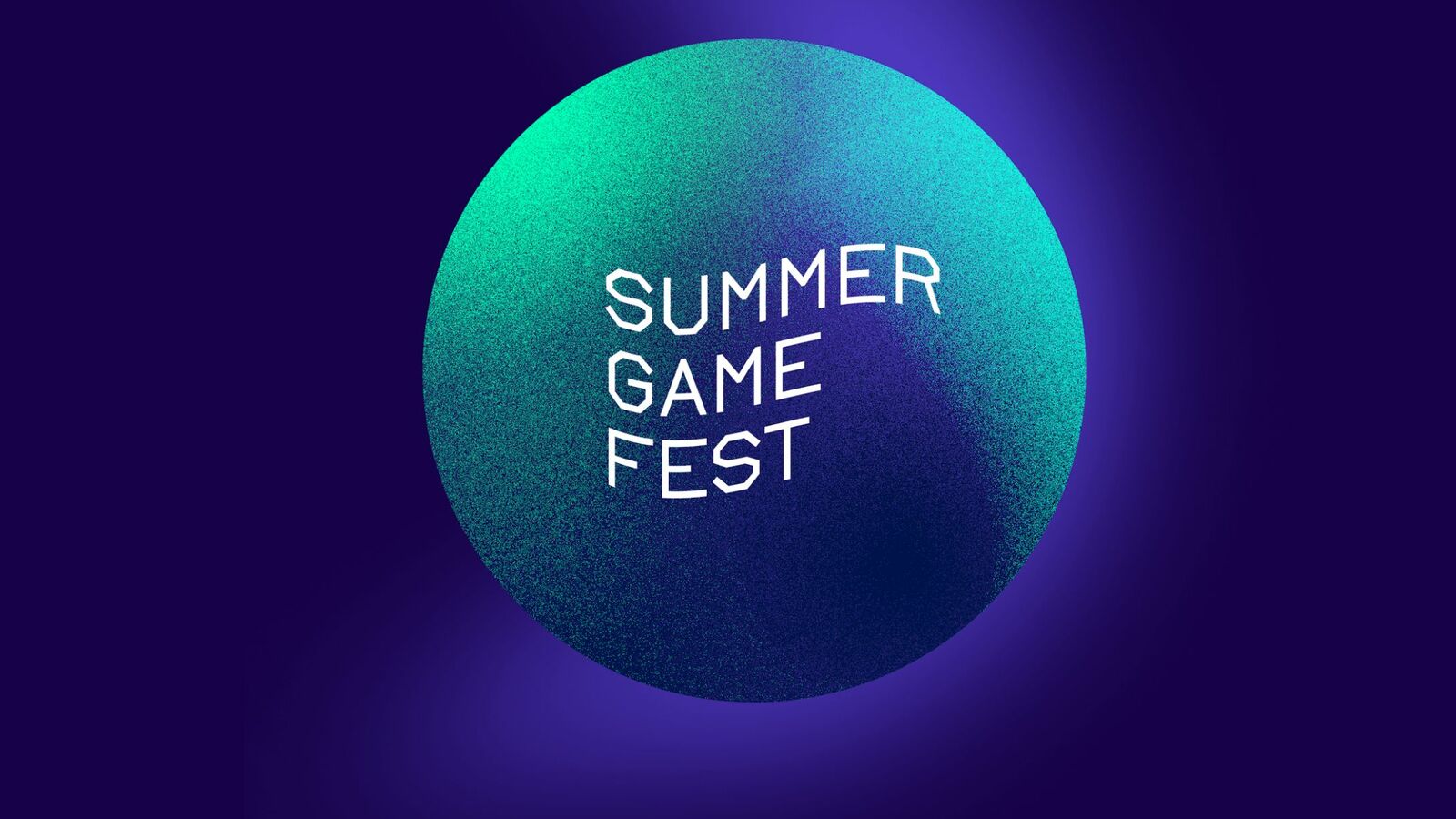 This year’s E3 substitute is over and had plenty of game reveals and release dates, and lots of advertisements and dumb stuff too. While bingo has been a yearly E3 tradition among gamers for the longest time, some satirical awards seem appropriate for Geoff “Dorito Pope” Keighly’s Summer Game Fest.

Exoprimal was shown at the Capcom showcase and is a team-based mecha horde game looking somewhat similar to Bioware’s Anthem at first glance. Watch the trailer further and it becomes one of the more interesting games shown this week. Forget fighting off hordes of zombies; what about hordes of dinosaurs flooding the streets in the 100s? 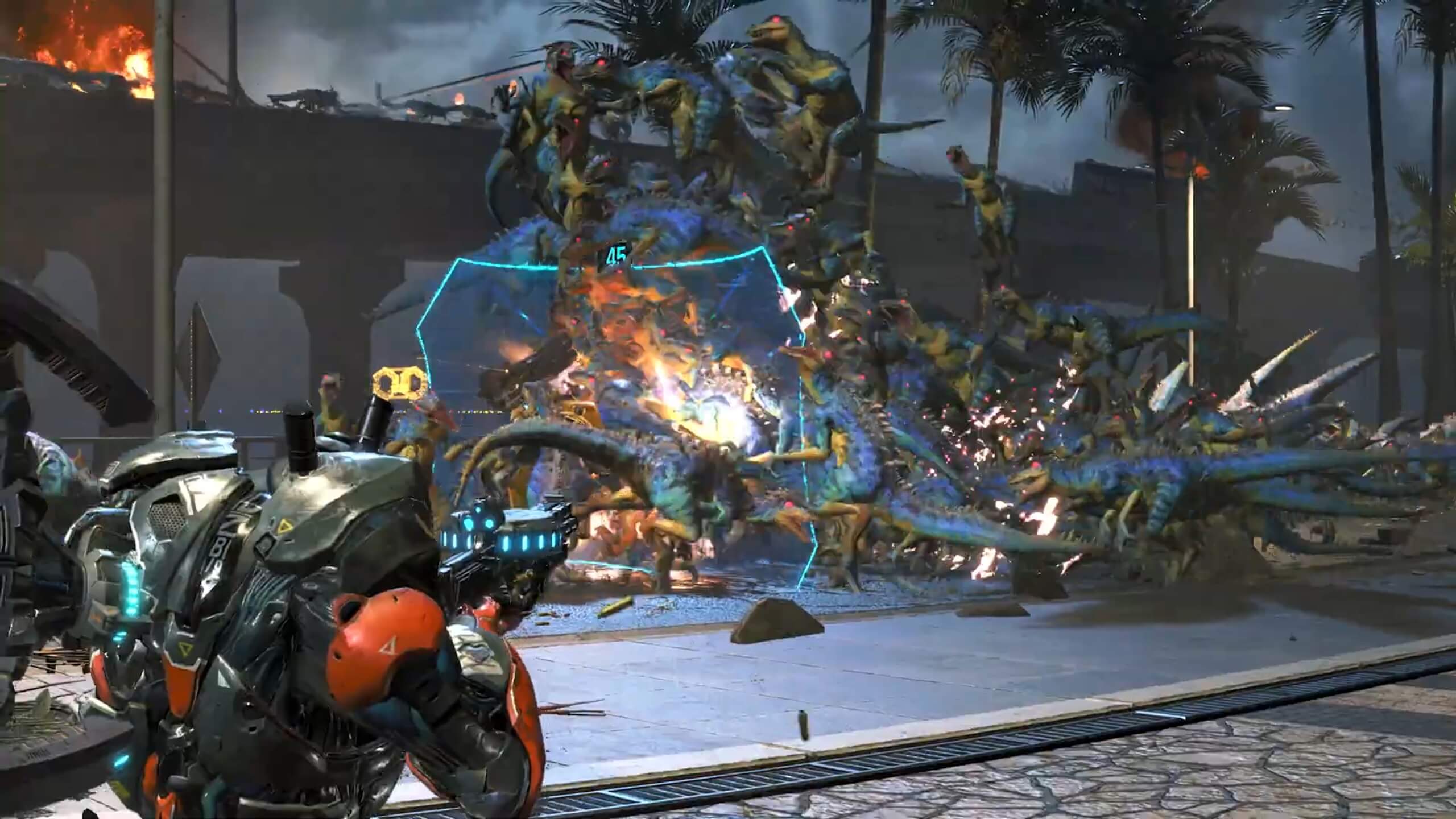 Team up with some buddies and fight in flying mech suits, mowing down perhaps the most dinosaurs seen in a game to date. Yes, Exoprimal is going to scratch that Earth Defense Force itch and your anime philosophy itch all in one. I mean, you’ll practically get a lesson in Nietcheian existentialist philosophy learning about the contradiction and essence of the human will and what separates sentient AI from a human being. This quote seals Exoprimal as the best philoso-babble game alone: “Humans dread the ‘other.’ You seek to evolve, yet you do not change. You tear down curtains, yet fear revelations.” The classes and game modes look to add variety to the game and prevent it from becoming repetitive like other arcady horde games of its ilk (like Earth Defense Force). Maybe seeing an avalanche of dinos flying out of a black hole is swaying me too much to give an honest opinion of what I saw, but this is easily one of the most interesting games shown and one that I look forward to playing when it releases in 2023. 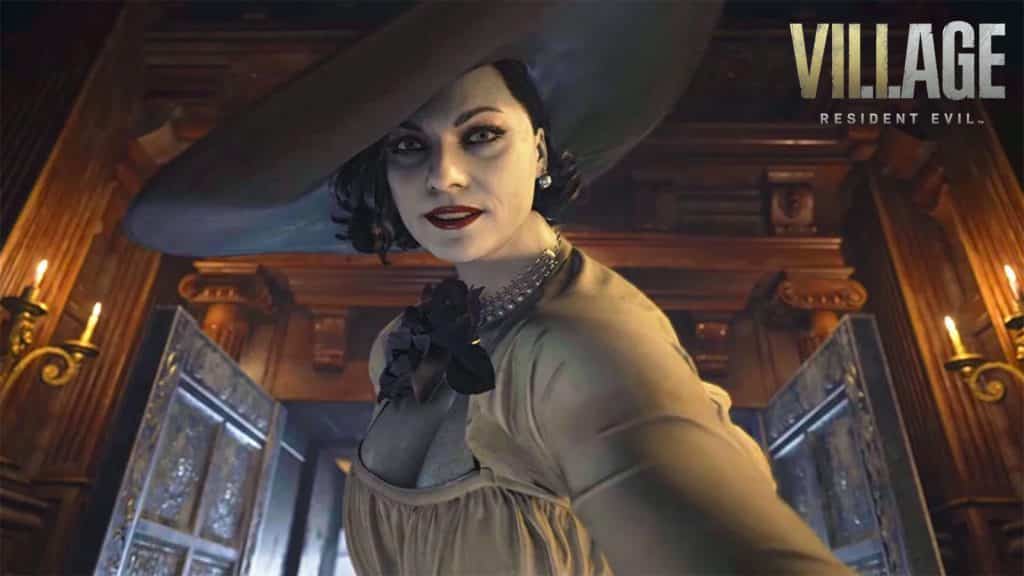 On October 28th of this year, you can choose to play as last year’s waifu of the year and tower over everything else in the game as Lady D. The Resident Evil Mercenaries modes have always had fan service in them due to the different characters you could play as, but including Lady Dimitrescu in Village’s Mercenaries mode goes a step far beyond any of them.  Along with the new Mercenaries content, players can go through Village’s story DLC titled Shadow’s of Rose and a new full 3rd-person mode when the paid Winter expansion bundle hits this October.

Dumbest Thing at the Conference 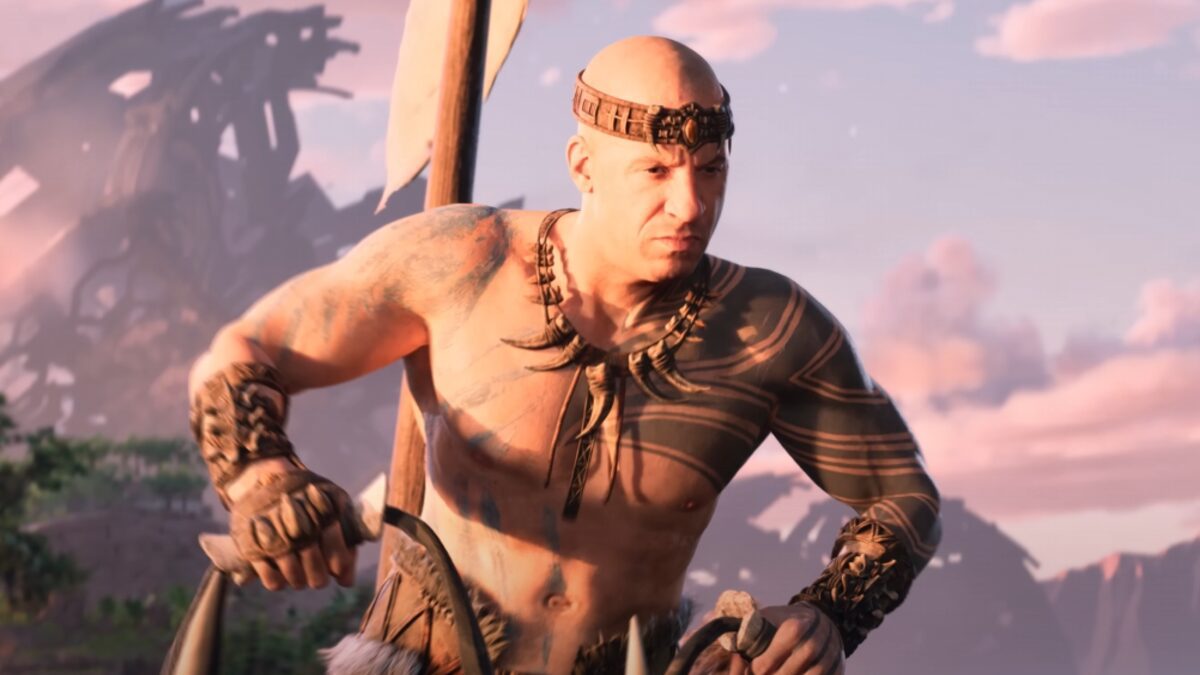 Dumbest thing as in silly, not idiotic. Even though no new info was given and no gameplay was revealed about Ark 2, we did get a new glimpse of Vin Diesel’s character model riding one of Ark 2’s creatures. That 2-second moment pretty much justifies its placement as the dumbest thing; prove me wrong.

Pentiment has some raw role-playing legacy behind it, being developed by Obsidian Entertainment (Knights of the Old Republic 2, Fallout: New Vegas, The Outer Worlds) and Josh Sawyer (Neverwinter Nights 1&2, Pillars of Eternity 1&2). Medieval role-playing games used to be as common as live service games are now, but today they’re more welcome than ever, with most games going the sci-fi or realistic route instead. Not that Pentiment won’t be realistic – quite the contrary. Obsidian is aiming to portray a down-to-earth 16th Century Bavaria with historical accuracy and plenty of style and humor to boot. Just listen to the wonderful medieval lute music in the trailer and you’ll understand the tone the game is going for. Pentiment doesn’t look like a role-playing game as much as a narrative adventure game, but whatever the gameplay ends up being, it was the game that had me charmed and delighted the most out of everything.

Best Game that No One Will Play

Revealed during the PC Gaming Show that barely anyone sat through, Half-Life Alyx is getting a professionally-made mod expansion. It doesn’t surprise me at all that this mod is not being developed by Valve. Valve usually lets modders do their expansions and remakes for them, like the fantastic Half-Life remake, Black Mesa. Some fans are already upset that Levitation is not an official expansion from Valve, but I wouldn’t be too worried considering how polished the 7-minute gameplay trailer looked. That and some of the best expansion material in Valve’s history has come from mods, so I wouldn’t doubt if this ends up being amazing. It’s just too bad many, like myself, will never play it because it’s VR exclusive.

Game That Will Review The Best

Hollow Knight stands at an admirable 90 on Metacritic today and often gets lauded as one of the best Metroidvanias of all time, and for good reason. The original Hollow Knight was a meaty 30+ hour sidescrolling action-platformer that featured Souls-like boss fights, challenging combat, and some of the cutest bugs in gaming. Silksong is a sequel that looks to do more of the same, which basically places it firmly in game-of-the-year territory, regardless of whether it does anything better or not. The gameplay looks silky smooth and really fun, and I can’t wait to get lost in its labyrinthine tunnels when it comes out in 2023.

There were at least 6 space horror games presented throughout the Summer Game Fest events. That doesn’t sound like a lot, but it sure felt like it, especially because there were more games shown that were space without the horror. All the space horror games that I caught this week: Aliens: Dark Descent, The Callisto Protocol, Fort Solis, Routine, Scorn, System Shock Remake.

This is a trend that I started noticing when Crystal Dynamics’ Tomb Raider reboot was released 10 years ago. Modern Warfare and God of War subsequently got their own reboots in the following years and continue to confuse gamers today. I think this bad naming trend happens because publishers don’t care about game preservation and look at older games as obsolete things of the past, which is incredibly out-of-touch. Looks like we’re going to continue having to clarify which game we are talking about for many years to come because the trend is only becoming more and more annoying as the years go by. “Man, Modern Warfare has my favorite campaign of any FPS.” “Yeah, I just adore that first mission on the boat.” “Huh? What mission on a boat? Oh, you mean the other Modern Warfare.” Sigh. Here are all the games with identical titles as their predecessors shown this week – a whopping 6 games: Modern Warfare 2, Saints Row, Microsoft’s Flight Simulator, Forza Motorsport, System Shock, and Resident Evil 4. Hey, Resident Evil 4 technically counts because Capcom never showed “Remake” in its title yet.

The Last of Us Part 1 This one, I’ll never understand unless A, I’m greedy and just want to release the same thing every 10 years to profit with little creativity; or B, I’m Naughty Dog and want to retroactively make every character in Last of Us Part 1 look and act like they do in Last of Us Part 2. Safe to say, it’s probably both of these things. The best-case scenario is that they want to tighten up and improve the gameplay, but I’m not holding my breath. Check out our Last of Us Part 1 article discussing the potential changes.

Bethesda’s next huge RPG had a substantial gameplay showcase and explanation from meme king Todd Howard. While he didn’t say verbatim, “You can go there,” or, “It just works,” he pretty much described Starfield with those two lines. And what’s an E3 moment without some over-the-top hype? At the beginning of Microsoft’s show, before Todd went on stage with his signature brown leather jacket, one of the hosts described Starfield as “The most anticipated open-world RPG of the last 20 years.” Yep, that, paired with Todd talking about the game having over 100 solar systems to explore, really made me feel nostalgic if nothing else did.

Overall Game of the Show

I was initially hesitant to award a game of the show, but I changed my mind.  The Callisto Protocol impressed me despite my not being a fan of horror in the first place. I have no connection to the survival horror genre at all. None of my favorite games are in the survival horror genre, and I don’t personally find the concept of being scared and looking at body horror gore to be all that fun. Yet, despite all this, The Callisto Protocol impressed me the most of everything shown. Part of the reason is that the presentation showed it to be a true Dead Space successor. Not only is the game being led by Dead Space creator Glenn Schoefield, but it also features all the hallmarks of the series, like the Isaac Clarke stomp, organic HUD, basic premise and atmosphere, and the death animations and general limb dismemberment. Not only were all these aspects demonstrated, but they were all done better than in Dead Space. The gore is more over the top, the atmosphere looks more haunting due to the enhanced lighting and visuals, and the gravity gun and environmental kills look like an amazing addition to Dead Space’s great combat. Raw gameplay was shown, along with a well-directed trailer, and it took Dead Space and turned it up a notch for current-gen tech. What seals the deal is seeing the response from Dead Space fans: near-universal excitement. I don’t know any other game that successfully ticked all these boxes and impressed me more. Check out our Summer Game Fest and Starfield coverage, as well as full reactions to the conferences on Geeks + Gamers Play, and check back for everything geek and gamer.