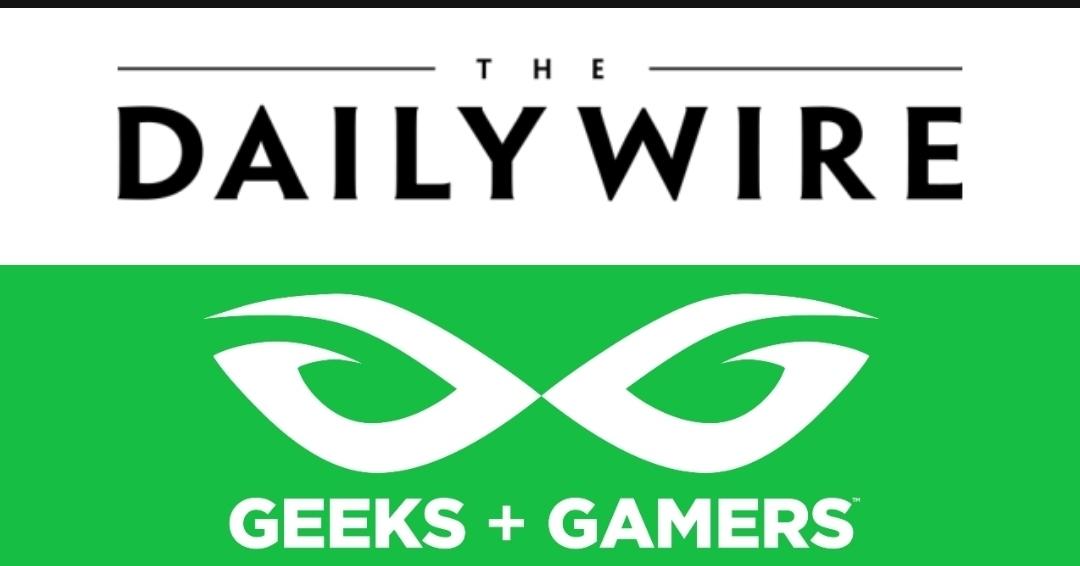 If you’re wondering what to do on a lazy Saturday, we’ve got you covered because Geeks + Gamers is appearing in a video for The Daily Wire. In the new video, which you can see below, Jeremy and Ryan talk about woke culture invading video games. What sets The Daily Wire apart from other conservative outlets is that they not only understand how important entertainment is in the culture war, but they’ve taken active steps to lead the charge on that front of the battle. Most importantly, they’re making their own movies – crowd-pleasing thrillers without politics shoved in but, importantly, with traditional values at their hearts. That’s something a lot of people miss even as they say that politics is downstream of culture; it’s values that touch people, not sociopolitical rhetoric. And it makes for better – and more persuasive – entertainment; you’re more likely to be moved by a family sticking together or an armed man defending his home than, say, a cosmically powered girlboss assaulting a guy for suggesting she smile. They also famously reached out to Gina Carano after Disney and Lucasfilm spun a social media share into a convenient excuse to fire her. (Their first film with Carano, Terror on the Prairie, will release in the spring.) In other words, they’re champions of all the things Geeks + Gamers cares about, and we’re delighted to have gotten the chance to speak with them.

Great to see this collaboration! Been long time fans of both brands, so seeing them come together is just awesome!

And you have a new subscriber. I had no idea you existed until the Dailywire collaboration. Honestly, I became so numb to the constant militant left ideology being injected everywhere in gaming news. This is a breath of fresh air. I hope you guys see massive growth!!

Great video. Jeremy and Ryan were definitely above average