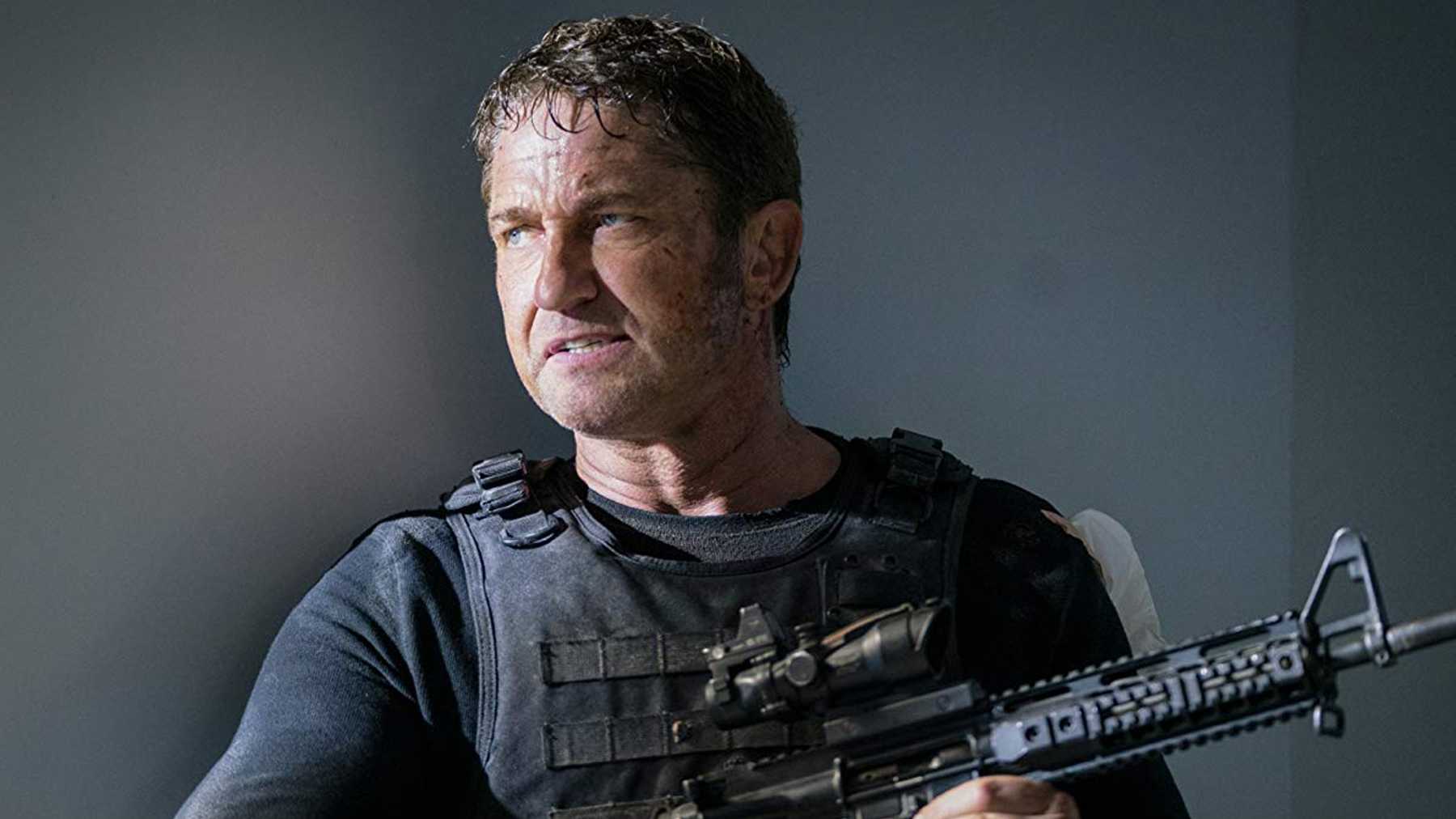 Gerard Butler is ready to fall again. In an interview with Entertainment Weekly, Butler revealed that another entry in the Has Fallen action series is being developed. Although no quotes are attributed to him, the article makes it seem like Ric Roman Waugh, the director of Angel Has Fallen, will return as well. There’s no mention of what the story might be, but Butler says it’s a “fantastic idea” (though I guess he’d have to). Butler also said that a sequel to another of his films, Den of Thieves, is being written by writer-director Christian Gudegast. Before those movies come to pass, Butler will star in disaster movie Greenland.

Minneapolis Has Fallen? Seattle Has Fallen? Portland Has Fallen? CHAZ/CHOP Has Fallen? Massive Marxist riots have led to the annexation of a big slice of an American city because the local politicians have ordered the cops to stand down; President Trumbull is somehow caught inside, which was the crooked politicians’ plan all along – but they didn’t count on Mike Banning. Don’t pretend you weren’t thinking the same thing (and since real life has pretty much become Escape from New York at this point, I think they can avoid any rip-off accusations). Whether they choose to capitalize on real-life events or not (and Gerard Butler’s “I think with everything going on, we need him” comment makes me suspect they will), I’m excited to see another one of these movies. I love the Has Fallen series; they’re among the very few old school action movies made today. I like Mission: Impossible (the latter three, anyway), and I like John Wick, but those aren’t the same. The Mission: Impossible movies are sanitized, PG-13 adventures focused more on stunts and set pieces (which they do very well), and while the John Wick series is certainly bloody, it’s slick and stylized and focused more on choreography than brutality. What’s mostly missing today is meat-and-potatoes action; fights that emphasize hurting the other guy rather than showing off fancy moves; shootouts that are meant to show hard men killing other hard men, not look like ballets. The Has Fallen movies carry that torch right now, as do Denzel Washington’s Equalizer movies (and Lord, I hope they make more of those too) and Jason Statham’s better action films. And the Has Fallen movies are all quite successful, especially worldwide, making Millennium Films a nice profit every time (as did The Equalizer and Equalizer 2 for Sony). Aside from Gerard Butler returning – and, presumably, Morgan Freeman – I really hope Nick Nolte comes back; he was terrific in Angel Has Fallen, and now that he’s been introduced, it would be a shame to leave him out of the action next time. I hope this one doesn’t take too long to make; it’s not even been a year since the last one, but I already have a hankering to see Mike Banning save America again.

Are you glad they’re making another Has Fallen movie? What’s your favorite so far? If Mike Banning and Robert McCall ever team up, will the universe explode from the sheer power of awesome? Let us know in the comments and stay tuned to Geeks + Gamers for more movie news!

Gerard Butler is one of those dudes, who is not vocal about anything except the work he does. It’s clear he just wants to entertain people and having seen the last Fallen movie, I am willing to be down with another – as long as it’s above par with action movies and not a sloppy mess.

The next one’s title, ‘Mike Banning Has Fallen… Down The Stairs, and Broke a Hip’

Yeah, that’s the vibe I get from him too. I think the people behind these movies know where their bread is buttered; they’re successful, but they have a very specific audience. I don’t imagine they’ll do much to rock the boat.

I love those freaking movies. They are so cheesy, but so good.

Hes a terrible actor but seems like a genuinely nice guy.Also,he doesnt appear to pander to the woke crowd.