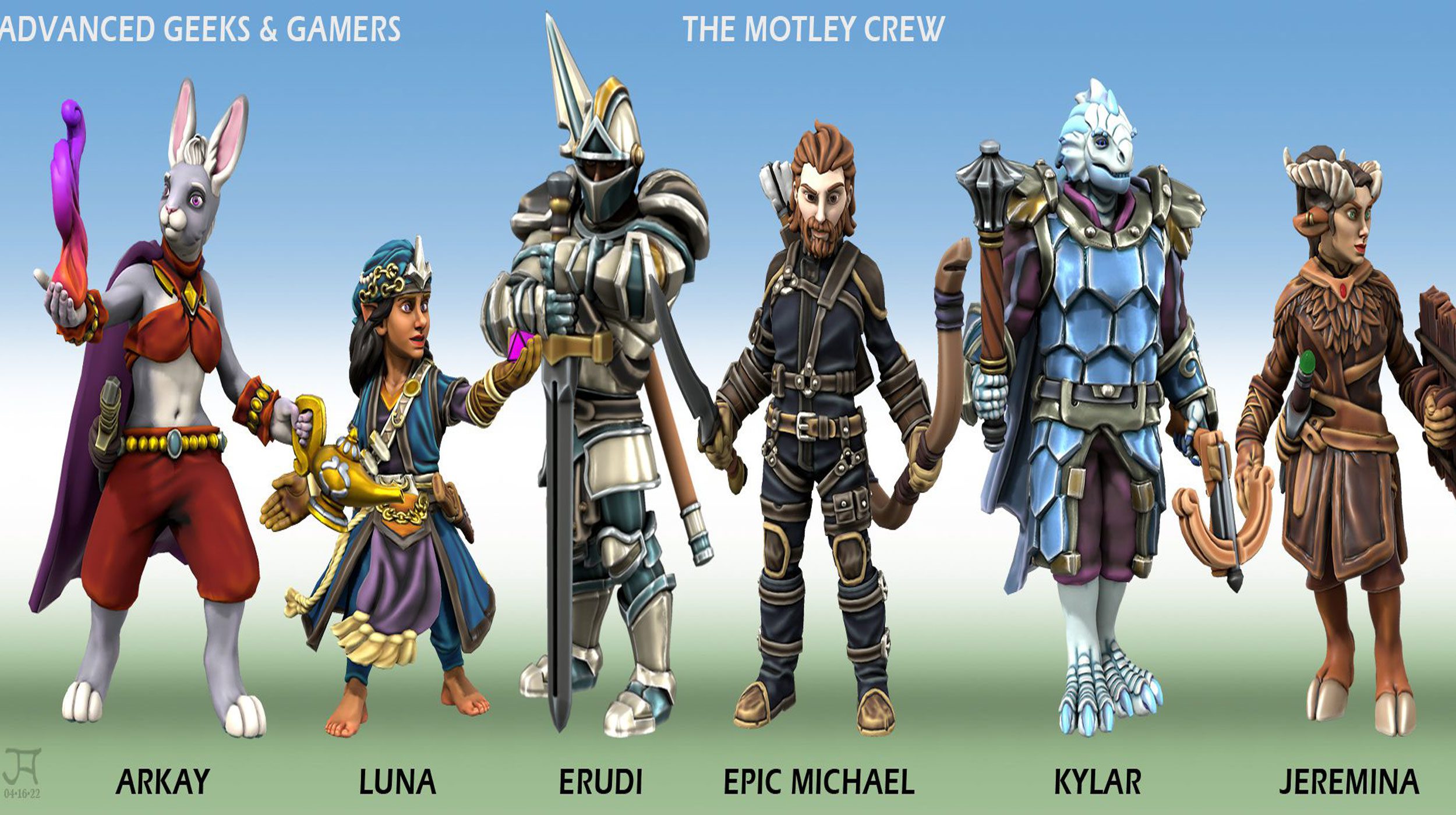 The first show will be season two of “Advanced Geeks + Gamers.” It will be very similar to season one, with some returning faces and some new faces, along with guests! It will start back up on July seventh. If you didn’t know, the show is “an over-the-top G+G meme culture-inspired series that takes the inside lore of the G+G community and blends it with Dungeons & Dragons. It goes for an Always Sunny in Philadelphia ‘The Gang Plays D&D‘ episode vibe where known G+G personalities play often exaggerated but also slightly different versions of themselves, most for the first time. Each season is a short 8-episode run.”

The second show, “Secrets of the Frostmaiden,” will be a more “traditional campaign that will blend high fantasy with elements of isolation horror akin to The Thing. It will feature a static cast of both G+G and non-G+G personalities who are experienced players. There will be no real-world references, and it is a long-term campaign that will see the players go as far as level thirteen. There will be a focus on roleplay and character building and little to no guest appearances.” The all-star cast is as follows: 1/4 Black Garrett, Nick Rekeita, Amanda Miller, Epic Mike, and Disaparu! The character creation videos will start on Jun twenty-seventh, with the actual show date to be announced in the near future.

Hey everyone! In case it isn’t clear, there will be TWO concurrent shows. One on Mondays (Secrets of the Frostmaiden) and one on Thursdays (Advanced Geeks & Gamers: Season 2) They will have different players and completely different brand goals.

Come play at our table:

As announced during our last stream, a new show is coming: SECRETS OF THE FROSTMAIDEN!

Character creation will be LIVE on 6/27. Stay tuned for more info! pic.twitter.com/PPr7MeW5Lv

For all the latest news, follow Geeks+Gamers Tabletop on Twitter! Are you excited for the new shows? Got any suggestions? Let us know in the comments below!