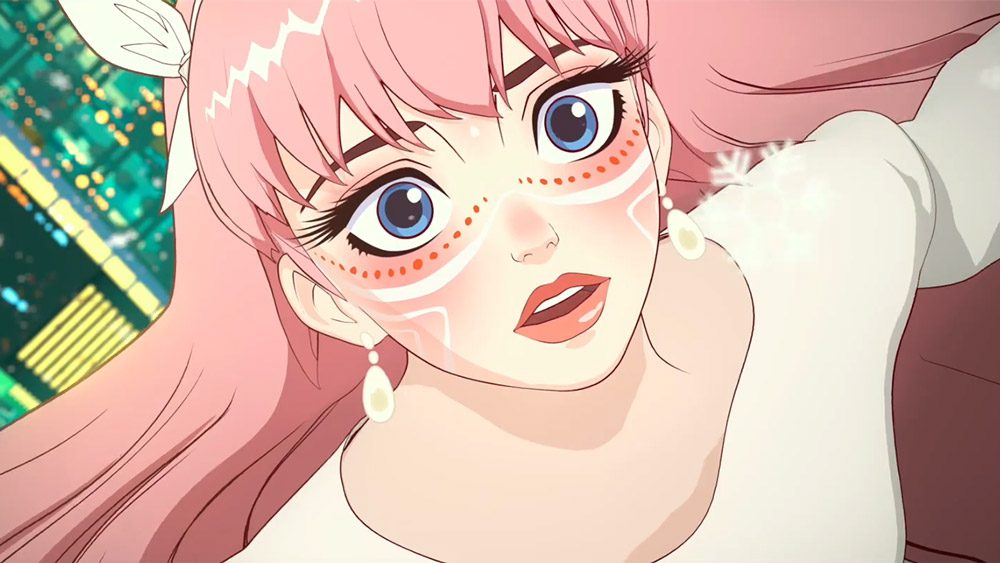 This Tuesday, October 12th, GKids officially announced that Studio Chizu’s anime film Belle will be released in America on January 14th, 2022. Oscar-nominated Mamoru Hosoda (Mirai, The Boy and the Beast) directed Belle, which was released in July in Japan. The film’s protagonist, Suzu, is a timid girl living in a small village. She visits a virtual world known only as “U” and takes on the persona of Belle, a beautiful, popular singer.  When a monster interrupts Belle’s concert, Suzu must discover who or what it is.

I’ve never seen any of Mamoru Hosoda’s other movies, but Belle sounds really interesting.  The idea of Suzu taking on a false identity to traverse a digital world reminds me of Paprika. The contrast between the real world and social media sounds intriguing, especially through the eyes of such a young character. What really caught my eye was the character designs in Belle. I was unsurprised to read that Jin Kim is a character designer for the film because the look of Belle reminded me of recent Disney movies more than anime. She looks like a traditionally animated Elsa, and I mean that in a good way. Tomm Moore of Cartoon Saloon also worked on the film. Belle looks like a must-see, and it’s just a shame it won’t be available in America until the new year.

Are you going to see Belle? Is anyone else strangely jealous of this animated character? Let us know in the comments!