Home  /  Entertainment  /  Movies  /  Gone with the Wind Copies Sell Out

Gone with the Wind Copies Sell Out

Gone, but not forgotten 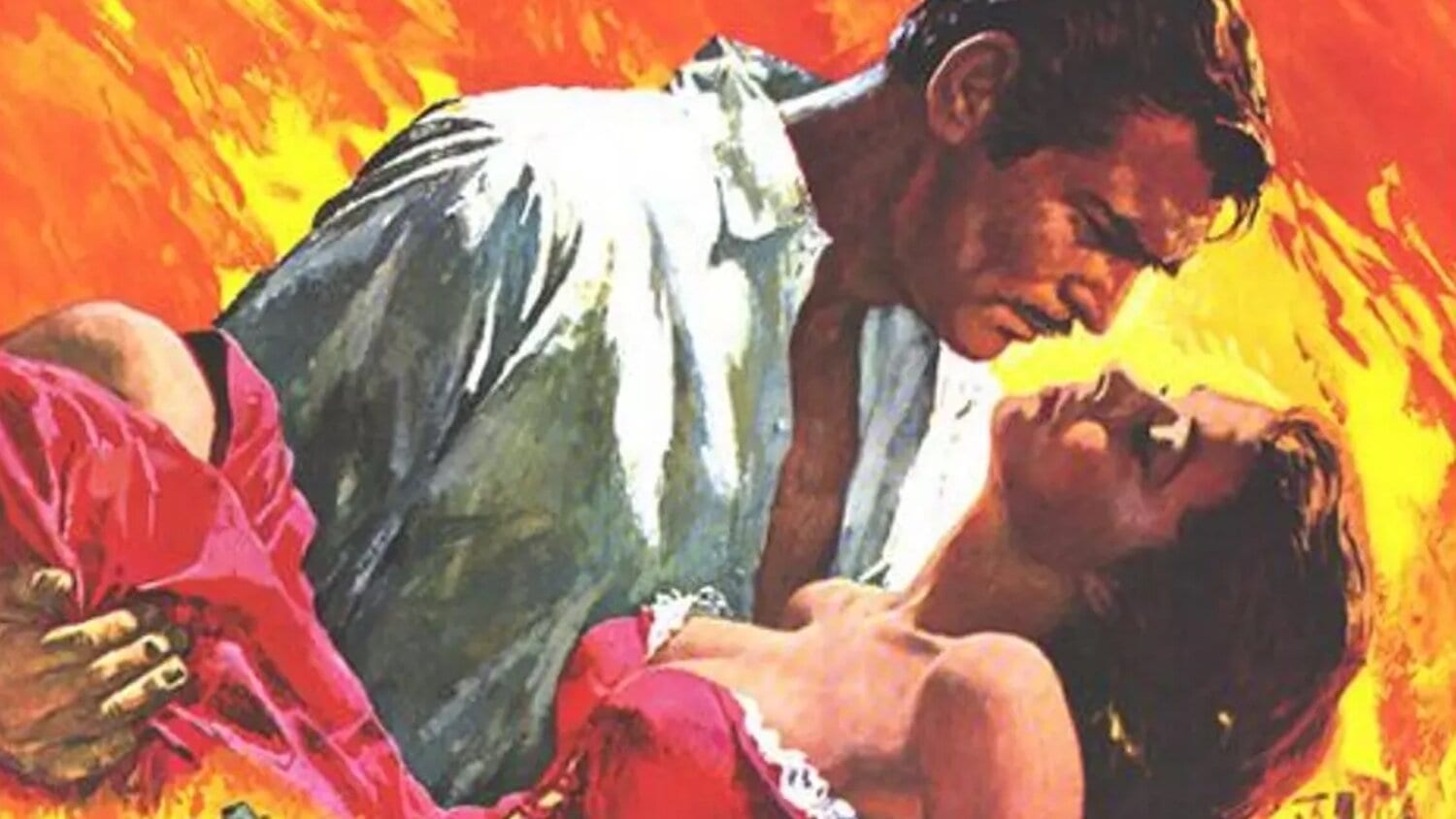 If you’re worried about the looming threat of mob-demanded censorship, there’s a ray of hope to which you can cling. Almost immediately after HBO Max gave in to 12 Years a Slave screenwriter John Ridley’s “request” that they remove Gone with the Wind from their service (although it will eventually return with a tacked-on lecture about why you’re a bad person if you like it), the most popular movie of all time began selling out on Amazon. Multiple versions of the sweeping epic account for eight spots –  including, as of this writing, the top four! – on Amazon’s list of the top 50 movie and TV sellers, with the TV miniseries sequel, Scarlett, taking a ninth. Elsewhere on the list are other movies and shows that people logically feel could be next on the chopping block, like Blazing Saddles, the Harry Potter collection, The Help, North and South, and – dear God, we live in a world where this is “problematic” – Friends, which just premiered on HBO Max in its entirety. Most of these other movies and shows are still available (though Blazing Saddles isn’t), but if you want to grab one, you should probably act fast. And Gone with the Wind isn’t just sold out on Amazon; Wal-Mart, Best Buy, Target, and Barnes & Noble don’t have any copies available on their websites either. At the moment, the best you can do is buy it from independent sellers, who are capitalizing on the people who hate capitalism and jacking up the prices.

How’s that for the American spirit? I’m incredibly heartened by this, and what it says about us as a people. We won’t be told we can’t watch something (which is where this is headed – the crazy train has no brakes), we don’t need to be told how to watch something, and we’ll gladly part with some money in the name of freedom. I wouldn’t be surprised if those overpriced copies of Gone with the Wind go fairly quickly too. What I hope this accomplishes, in the long run, is put a stop to this knee-jerk capitulation to every whiny, entitled fascist who thinks they’re the only one who should be allowed to make a choice. Ridley also wants every streaming service to purge their libraries of anything they think would offend him; does his tantrum count for more than a legion of film fans, many of them black? And what happens if people are angry enough to start canceling their HBO Max subscriptions? Sooner or later, it’s going to be so financially nonsensical that they can’t afford to listen to the complainers. I’m almost positive there’s a popular phrase about that. Even if that doesn’t happen, it’s undeniable that the folks at HBO have egg on their faces after this, and coming on the heels of the disastrous launch of HBO Max (it’s still not available on Roku or Amazon!), this publicity embarrassment only compounds the damage being done to their brand. Remember when HBO was considered brave, daring, and edgy? They were the ones doing things the safe, censored networks couldn’t, the envelope-pushers that gave the world Dream On, The Sopranos, and Game of Thrones. Now they’re afraid of the guy who wrote Undercover Brother? They’re turning themselves into a laughing stock, and if they were smart, they’d reverse this stupid decision about Gone with the Wind now and start doing some serious damage control. But they won’t; it’ll be a little while yet before the insanity around the current turmoil ends (my guess would be November 4th). All we can do is cling to our physical media and wait for the world to right itself again.

What do you think about HBO’s decision concerning Gone with the Wind? Do you own a copy? How long will it be until The Adventures of Buckaroo Banzai Across the 8th Dimension is declared offensive? Let us know in the comments and stick around Geeks + Gamers for more movie news!

HBO aren’t the only ones, the BBC are reviewing classic sitcoms for erasing, with one called Little Britain gone forever

I think that might have been taken off of Netflix as well. It’s scary; I hope this ends sooner rather than later.

Exactly. That’s why they went after the most popular movie of all time. When that falls, the others will be easier.

It’s stupid to try to remove all of the movies that have racism in it: especially when there are people in those movies who overcome the racism

They never consider the context. It’s scary that even movies with a positive message can’t be made today because too many are too stupid to think about them.

OWN. YOUR. FILMS. Hopefully sufficient numbers of people will finally wake up from this “oooh look convenience!!” daze that’s gone global, and take back control and support physical media. Try cancelling my dvds/blu-rays/4K!! So think of what’s next and buy it up. And cancel trash streaming that chooses what IT wants you to watch (now we’re seeing that’s exactly the case). Wakey wakey…

Yep. I have a huge collection, luckily, and I bought a couple of things since this started.

I’ve got my copy, bought it the same day HBO announced they were removing Gone with the wind, I went on Amazon and they were being removed all over the place, found one 75th anniversary copy for $5 bucks brand new! now all everyone is selling them for $65 on up starting with almost new copies, should have bought like 10 of them smh.

In any case this movie will remain sealed till I’m old and gray.

Lucky. I was actually planning on buying my mother a copy of Gone with the Wind for her birthday this year, but everything was gone before I could order. I think some of them are starting to come down in price on eBay again, thankfully.