Goodbye Doctor Who: The Fugitive Doctor is Now the First Doctor 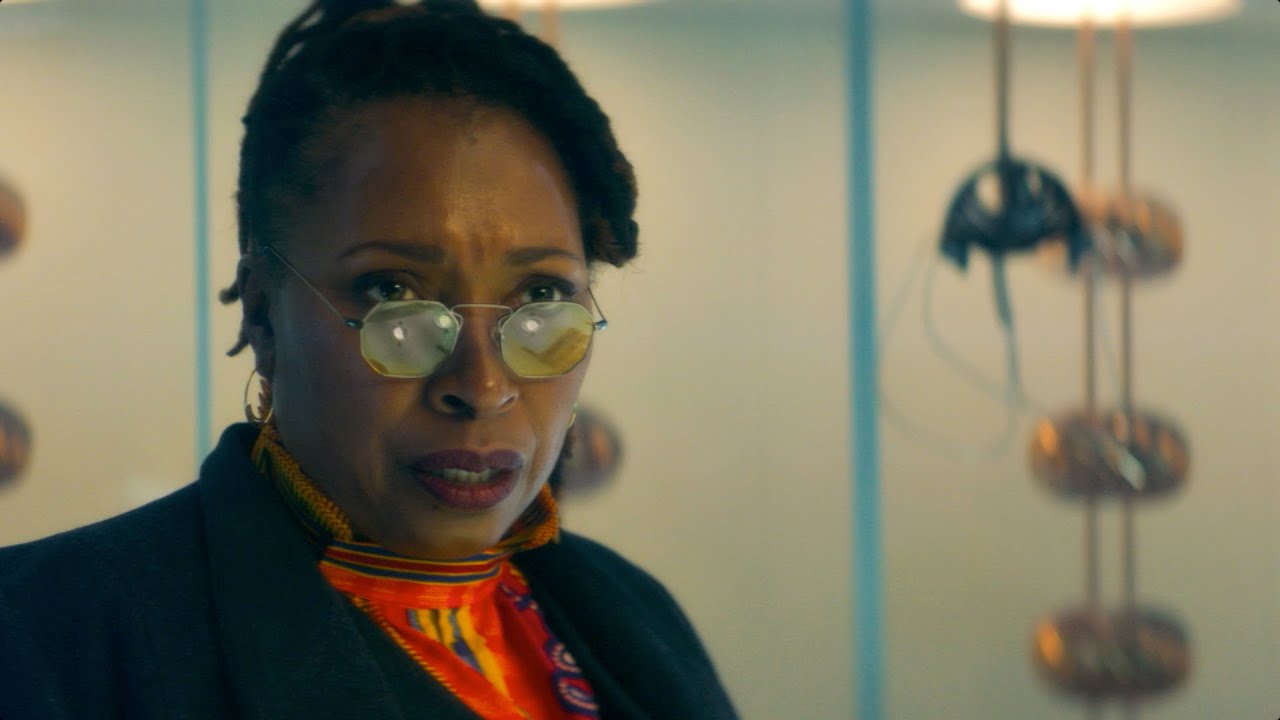 The BBC has doubled and tripled down, attempting to put the final nails in the coffin of their once biggest franchise, Doctor Who, in hopes of destroying everything that was good and pure about this incredible story. As confirmed in the comic series Doctor Who Origins, The Fugitive Doctor, first seen in season 12, is the first incarnation of the character to call herself The Doctor and establish all the trademark features of the character, such as a Sonic screwdriver and a police box TARDIS.

This decision marks the desecration of Doctor Who and signals one of two outcomes. First, it is possible that this is Chris Chibnall and the BBC putting their final stamp on the franchise prior to transferring control to Russell T. Davies, as this comic predates the new Davies era. Secondly, there is also the possibility that Davies indeed signed this off, and this will signal the future of the franchise going forward, without a retcon of “The Timeless Children.”

If “The Timeless Children” is not retconned, Doctor Who will never again achieve the heights of popularity from which it once benefited. This decision to make The Fugitive Doctor the first is but salt in the gaping wound in the hearts of fans and was fueled by spite and hatred of both the fans and the story. If Davies did indeed sign off on this, he cannot be trusted as the guardian of the franchise going forward, signaling The Doctor’s utter and final annihilation. 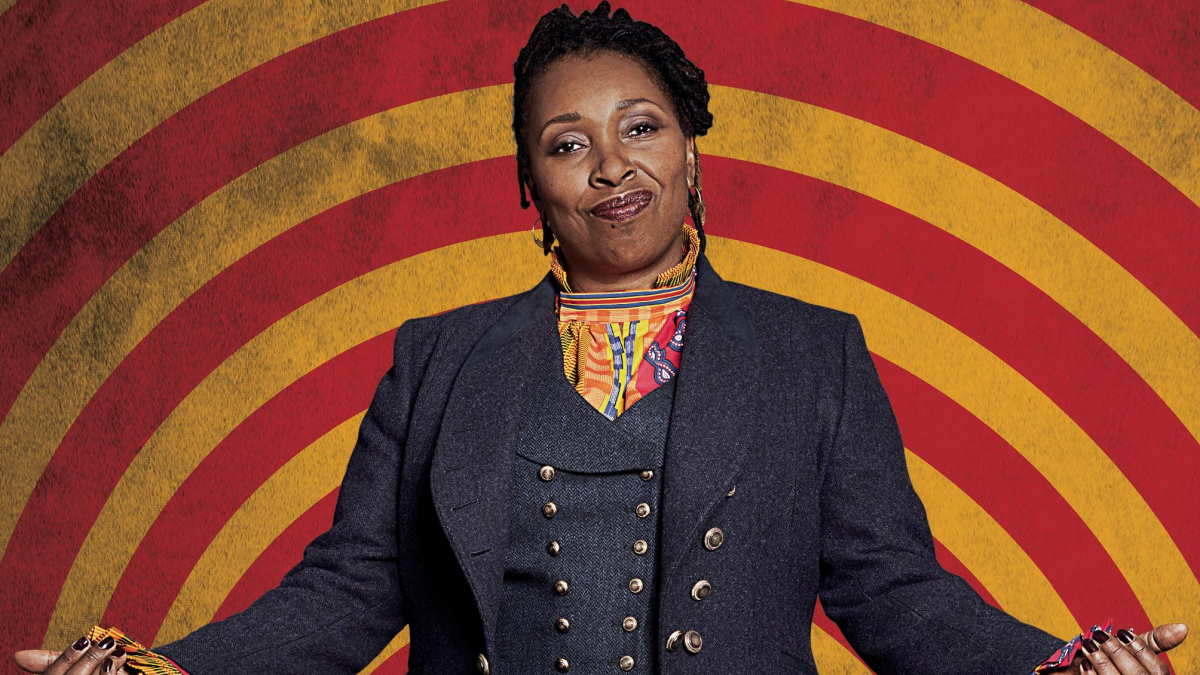 The biggest disgrace that this decision propagates — in corroboration with “The Timeless Children” — is the continued disrespect directed at William Hartnell, the actor who first played The First Doctor and heralded this franchise into the hearts and minds of fans around the globe. Taking away his title as the first scorns him and devalues him as simply another white man, as this decision was made to make a diverse Doctor the first one.

All this contempt, derision, and mockery of the First Doctor and every Doctor thereafter was merely done for a woke virtue signal by the BBC. Another bastion of fiction toppled for middling praise from political pundits who have no desire to invest their time or money in this franchise, ultimately making this once timeless show limited with a firm expiration date.

For those unfamiliar with the concept of “The Timeless Children,” it changes The Doctor’s very origin. For 60 years’ worth of television, comics, audio adventures, and more, The Doctor was a regular Time Lord from the planet Gallifrey, special in no way except for his drive for adventure and to explore the universe. Along with his granddaughter, he stole a broken TARDIS and ventured into the universe, helping where we could. There was nothing truly extraordinary or unique about him, on Gallifrey at least.

“You may be a doctor, but I am THE Doctor. The definite article, you might say.” The Fourth Doctor, “ROBOT.” 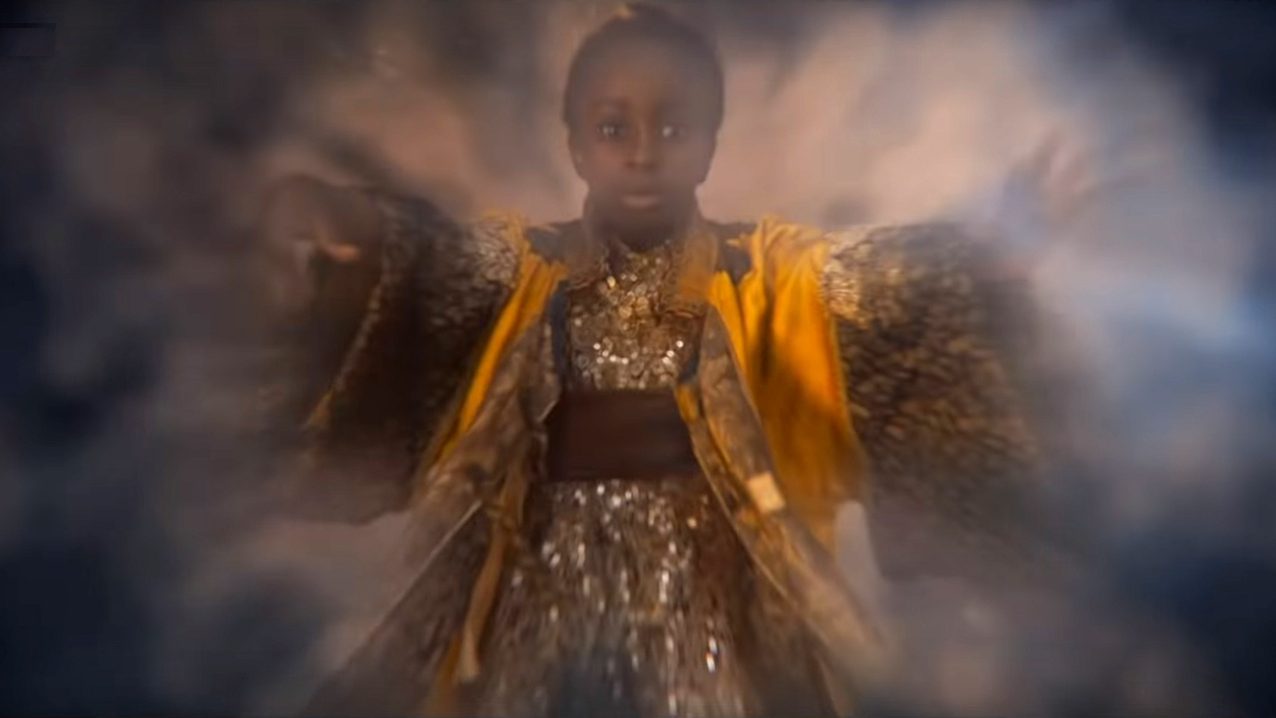 Beyond this limited information, the show and its fans never wanted to know any more; ambiguity was key, and less was more. However, Chris Chibnall and the BBC could not allow The Doctor to be originally a straight white male. So, “The Timeless Children” was born.

“The Timeless Children” postulates that The Doctor was a baby abandoned beside a mysterious portal and was discovered by the first spacefaring Gallifreyan. This child had the ability to regenerate and was experimented on and killed dozens — if not hundreds — of times to have her innate regeneration ability extracted and given to the Time Lords. Once the experiments were complete, The Fugitive Doctor chose the name “The Doctor,” somehow got a police box TARDIS, and spent many years working for the Time Lords version of the CIA.

According to “The Timeless Children” story, there was anywhere from a dozen to an infinite number of Doctors who came before William Hartnell, and that he was important in no way whatsoever; he is now just another Doctor. Instead of being the ordinary man whose strength of character compelled him to help where he could, The Doctor is now a cosmic space baby — originally made into a woman of color for diversity checkboxes — that is a universal constant. A chosen one per se, tearing down everything that fans have known about The Doctor for nearly 60 years.

“There must be no regrets, no tears, no anxieties. Just go forward in all your beliefs, and prove to me that I am not mistaken in mine.” –The First Doctor, “THE DALEK INVASION OF EARTH.”

In addition to the malice behind “The Timeless Children” and the decision to make The Fugitive Doctor the first, this retcon swells with canonical contradictions. Chief among them: no Doctor prior to the William Hartnell should have a police box TARDIS. Hartnell stole a broken TARDIS shortly before series 1 in 1963 began. When Hartnell landed this freshly stolen TARDIS on Earth, its chameleon circuit — which was used to make the exterior of the TARDIS blend into its local surroundings — broke, locking it into the police box shape. If the show had previously depicted the very events that created the police box TARDIS, how could a “Doctor” before William Hartnell have the same malfunction present in her different TARDIS?

Additionally, a key feature of Time Lord biology is that they can only regenerate 12 times. Matt Smith’s final episode featured The Doctor reaching the end of this 12-regeneration cycle and accepting his death. However, through the grace of the Time Lords in their moment of need, The Doctor was gifted additional regenerations to continue his life and his work. If The Doctor already had infinite lives prior to William Hartnell and could potentially have infinite lives going forward, why was Matt Smith’s Doctor unable to regenerate until the Time Lords gifted him more lives? 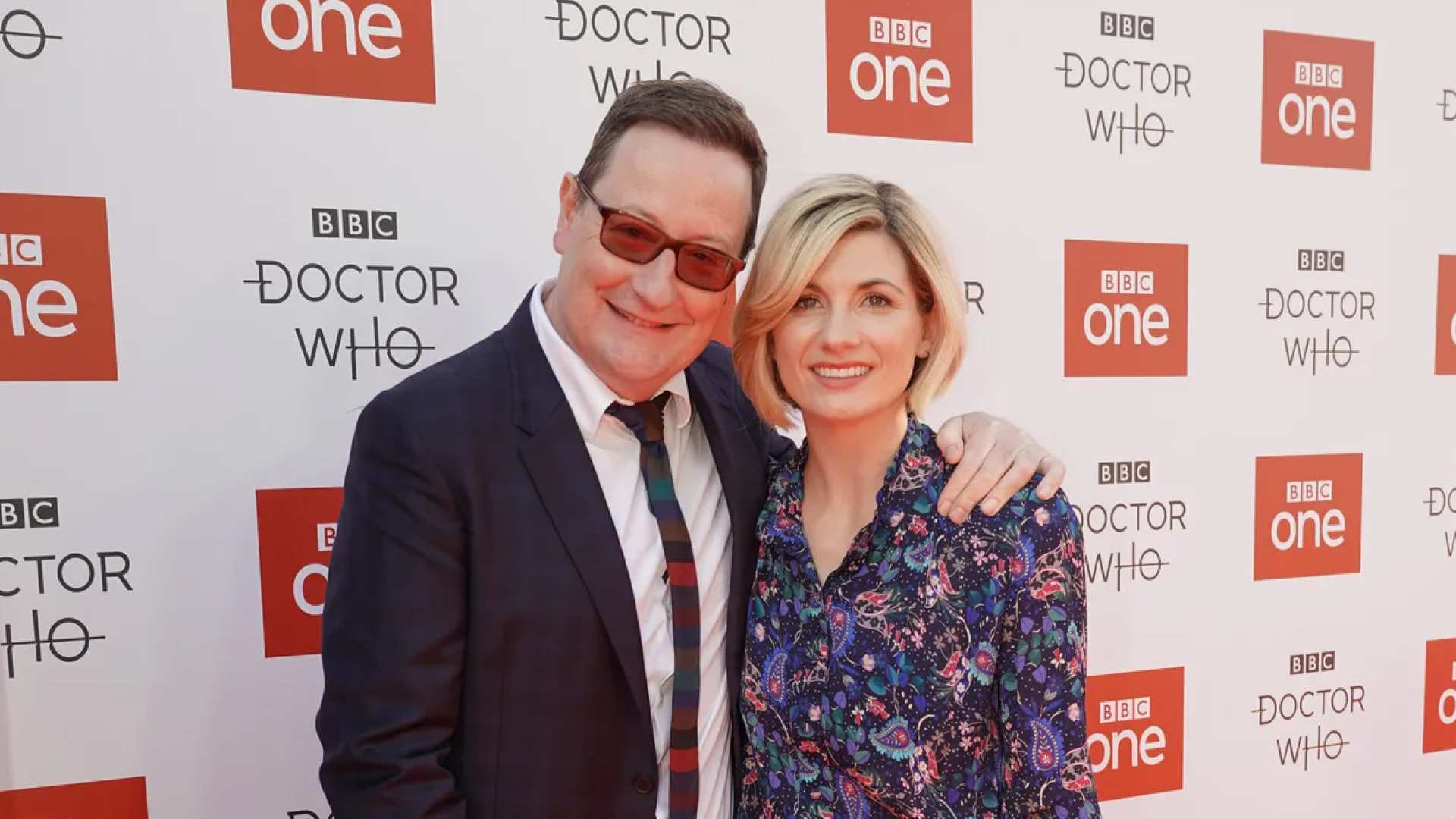 Perhaps Russell T. Davies did not sign off on this double down of “The Timeless Children,” but it is more likely that he did. With this news of The Fugitive Doctor becoming the first, along with the interviews that Davies has been doing and the behind-the-scenes leaks, it can safely be said that Doctor Who is not being saved and that all fans must say their goodbyes in whatever ways that they deem fit. For many, even curiosity about Davies’s new era has subsided, and their goodbyes are all they have left.

The Doctor is well and truly gone, and we will never see his like again.

“I’m not running away from things. I’m running to them before they flare and fade forever. That’s all right. Our lives would never remain the same. They can’t. One day, soon, maybe, you’ll stop. I’ve known you for a while.” – The Eleventh Doctor, “THE POWER OF THREE.” 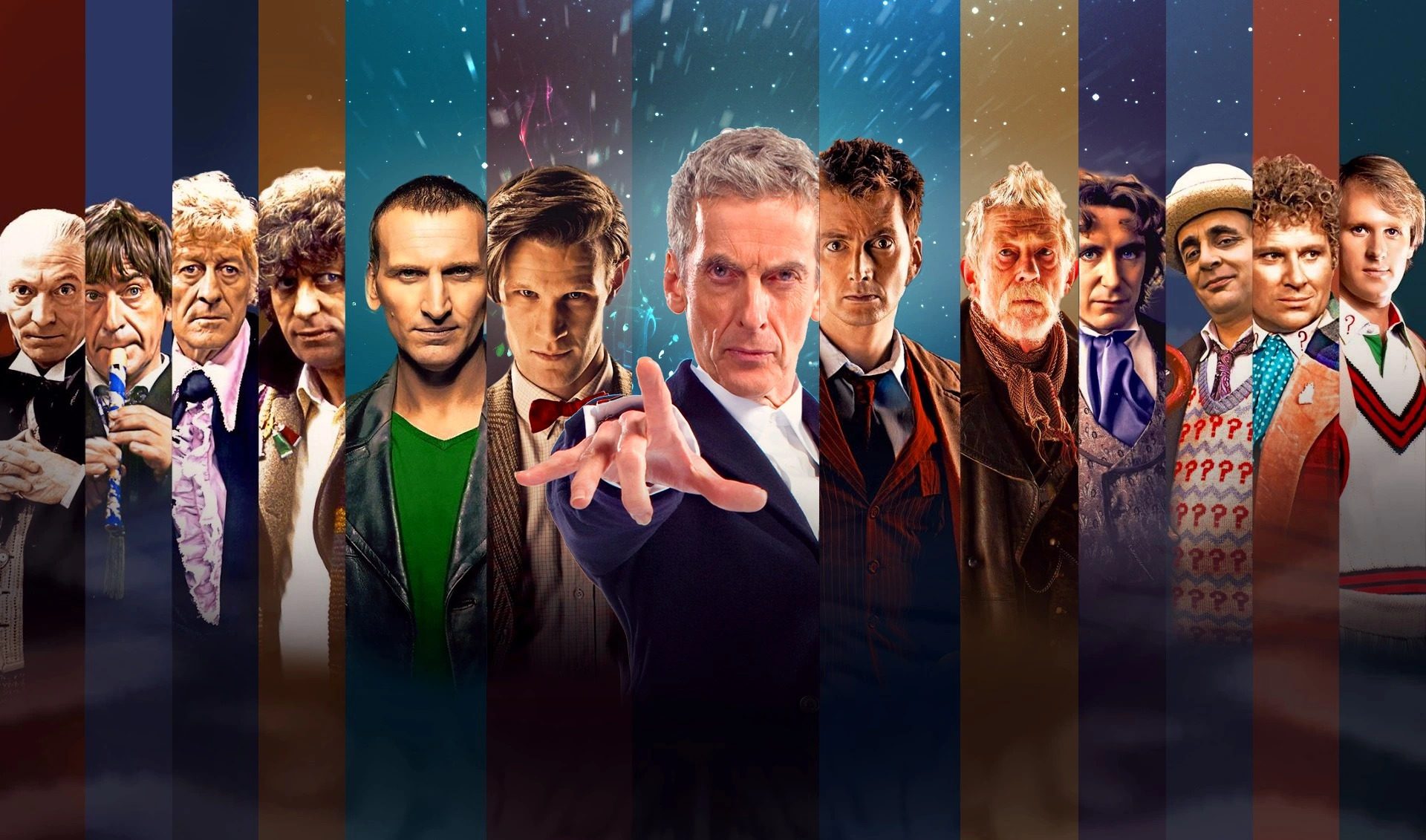 “Nothing’s sad until it’s over, and then everything is.” –The Twelfth Doctor, “HELL BENT.”

If this is indeed the end, from the bottom of our hearts, thank you, William Hartnell, for your wisdom. Thanks a million, Patrick Troughton, for your wonder. Warmest thanks, Jon Pertwee, for your strength. Eternally grateful, Tom Baker, for your optimism. Deepest thanks, Peter Davison, for your eye for beauty. Many thanks, Colin Baker, for your passion. Thank you, Sylvester McCoy, for your huge heart. Forever appreciated, Paul McGann, for your dedication.

“Everything’s got to end sometime. Otherwise, nothing would ever get started.” ­-The Eleventh Doctor, “A CHRISTMAS CAROL.”

We owe you, William Hurt, for your hope. You are truly fantastic, Christopher Eccleston, for your resiliency. Beyond grateful, David Tennant, for your love. Always loved, Matt Smith, for your childlike spirit. And never forgotten, Peter Capaldi, for your perseverance.

“And now it’s time for one last bow. Like all your other selves.” -Clara Oswald, “TIME OF THE DOCTOR.”

Thank you, Doctor, and goodnight.

“such as a Sonic screwdriver and a police box TARDIS.” – Also, the 1st Doctor didn’t have a sonic screwdriver, the 2nd Doctor was the first to be seen with one.

True, but the show did retroactively give him one in future specials. I was just saying the sonic is now, since the 2nd, a trademark of the character, and according to the comic, The Fugitive Doctor was the first doctor to “establish” the Doctor’s name and trademarks like sonic and police box. Since she’s the “first doctor” now and she had a sonic, that means she created the tradition according to the comic