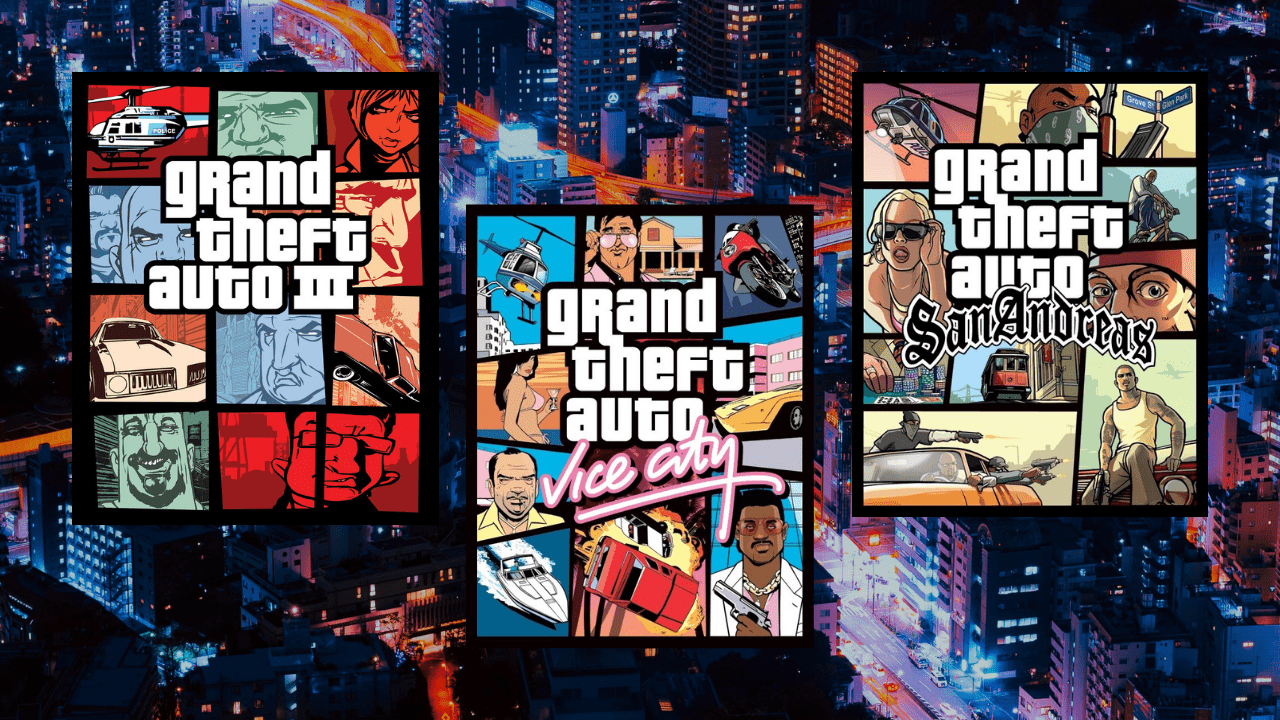 With Grand Theft Auto V about to hit its 3rd generation of consoles (and PC, of course) in March 2022, and with no proper sequel in the foreseeable future, Rockstar is looking to re-release some classics to satisfy everyone’s crime-spree fantasies.

Grand Theft Auto: The Trilogy – The Definitive Edition has received a rating by the Korean ratings board for whatever this may be. Rockstar had been toying with the idea, saying that they had hoped to do the remasters of Grand Theft Auto III, Grand Theft Auto: Vice City, and Grand Theft Auto: San Andreas and have them released a while back, but the coof hit and everything got shut down.

According to the reports, the remastering process will upgrade the games to the Unreal Engine but maintain the “feel” of the PS2 originals, just with improved UI and functionality – something that is desperately needed for games that came out 2001, 2002, and 2004. Get rid of some of the goofy character mechanics from San Andreas, fix the driving in III, but leave Vice City alone; it’s perfect.

Those three games defined the legacy of the PlayStation 2. Yes, they were eventually ported over to every platform known to mankind, and yes, Rockstar’s insistence of milking GTA V for all it’s worth is beyond annoying. But for console players, are you interested in a blast from the past and heading back to either Liberty City or Vice City for the first time in over a decade (unless you played any of the Stories spin-offs)? PC players have been modding the product for a long time, so they’re fine either way. Rockstar’s Dundee Studio (formerly Ruffian Games, who worked on the original Crackdown before their takeover) is working on the project. It is to be released digitally on everything short of a toaster: Xbox Series X|S, Xbox One, PlayStation 4/5, Nintendo Switch, Google Stadia, and Mobile. Weird to see Nintendo getting support, and Stadia is a name that hasn’t been uttered in a long while.

Considering the outrage of the PS5/Series X announcement of the last re-release, this might well be a tamer affair when it comes to reception. At least these games have skipped a generation and need a fresh coat of paint.