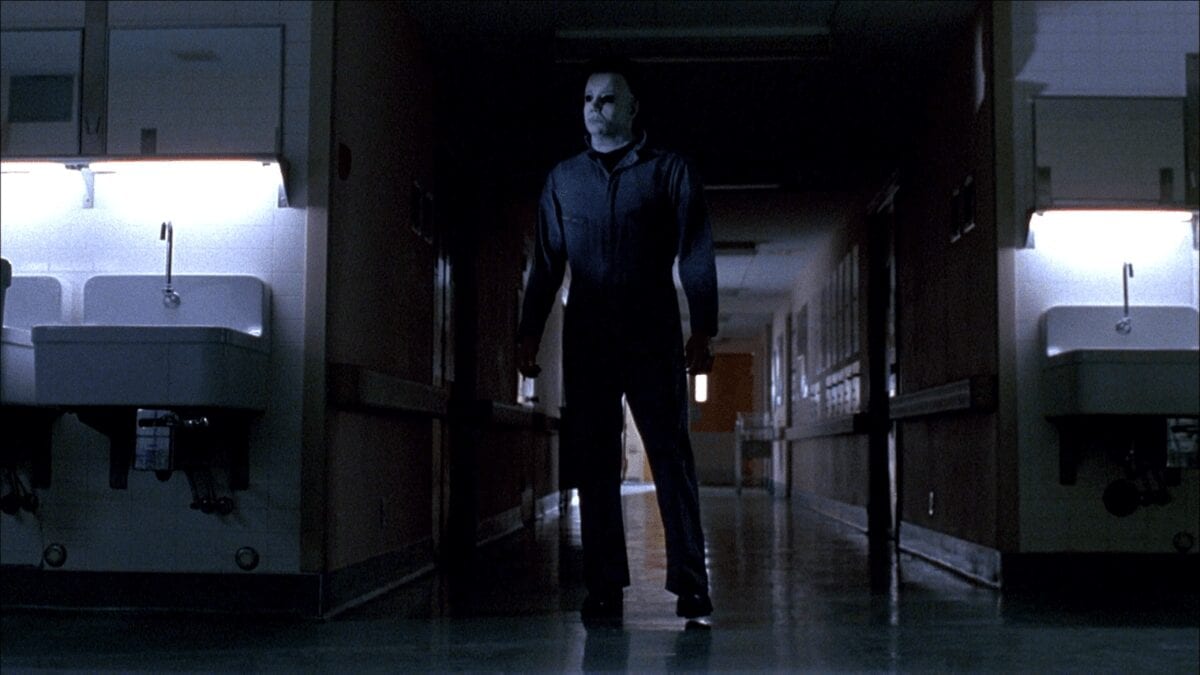 Halloween: The Curse of Michael Myers (1995) is the sixth installment in the Halloween franchise. Directed by Joe Chapelle, Michael returns after Jamie has a child. Jamie escapes with said child, stowing him away, and he is found by Tommy Doyle. Tommy protects the child as Michael Myers returns to exact bloody vengeance on the town of Haddonfield and to end his bloodline once and for all. The Curse of Michael Myers is bad, pure and simple. I can tell that the writer had some creative ideas, but these ideas don’t work in a Halloween film at all.

The cast is serviceable, with Paul Rudd and Marianne Hagan leading the film. Hagan is the best of the main cast, but her character is pretty thinly written. She is a single mother, she has a jerk for a father, and she is a Strode. That is, really, it. Paul Rudd feels like he is just being a creepy stalker guy in this movie. Having Tommy Doyle back should be really cool, but he serves little purpose other than to be a reminder of a movie you will want to revisit much more. Donald Pleasance is in this, his final film before his passing. He is as good as usual, but he does not have an amazing amount of screen-time. The rest of the cast barely qualify as characters, inhabiting the necessary caricatures and tropes of a horror flick and nothing more. 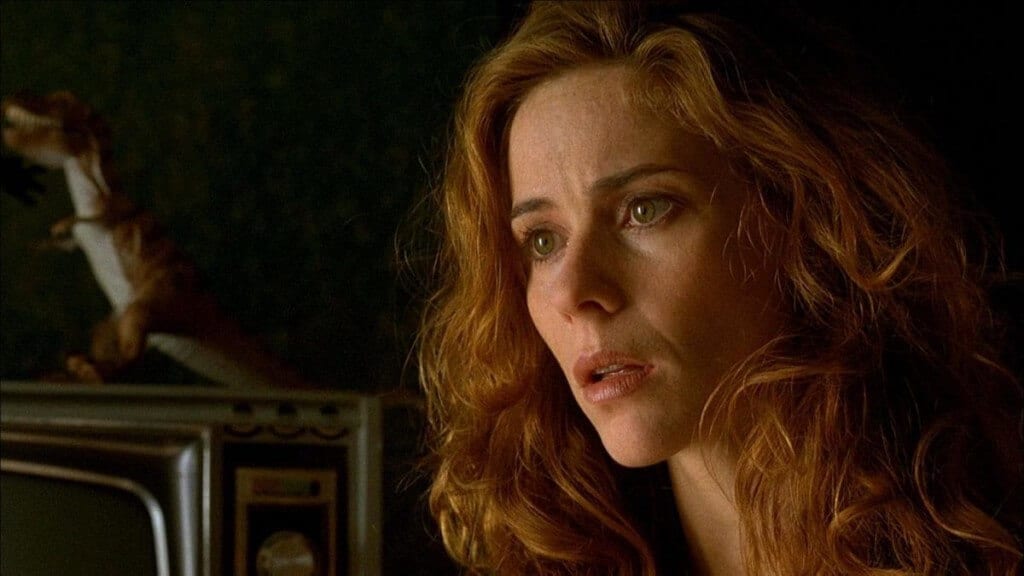 As far as story goes, the script probably could have done with a page one rewrite and three more drafts. Nearly every single piece of plot and backstory provided in this film detracts from its overall mythology. The most interesting thing about Michael Myers has always been not knowing why he kills. This film attempts to explain it all away with a druid curse. This really cheapens a lot of what came before as it removes Michael’s free will. Any further questions regarding logistics of a curse are simply ignored. They also establish early on into the film that Sam Loomis. Somehow, the man obsessed with chasing Michael Myers over four films just up and steps out with his nemesis still on the loose. It is almost as if the creators of Halloween: The Curse of Michael Myers never actually bothered to watch another Halloween movie. Within the first twenty or thirty minutes of screentime, we are introduced to this film’s Strodes, relatives of the original film’s Strode family. The dynamic between the family is fractured at best. No one’s decisions make sense and no one really feels like an actual person.

The cinematography is a bit of a mixed bag. There are some great shots, but a lot of them are mired by some pretty awful editing. There are some obnoxious cuts combined with frequent strobe lighting. It can get difficult to see what’s going on, particularly in scenes like the operating room massacre at the end of the film. Director of Photography, Billy Dickson, known more for television cinematography for shows like Ally McBeal, does some solid work overall. The film does, at times, wind up looking more like a music video on MTV or a commercial than a film, however. Some of his best shots are those when Michael Myers is walking out of the darkness, but those are done in pretty much every Halloween film. 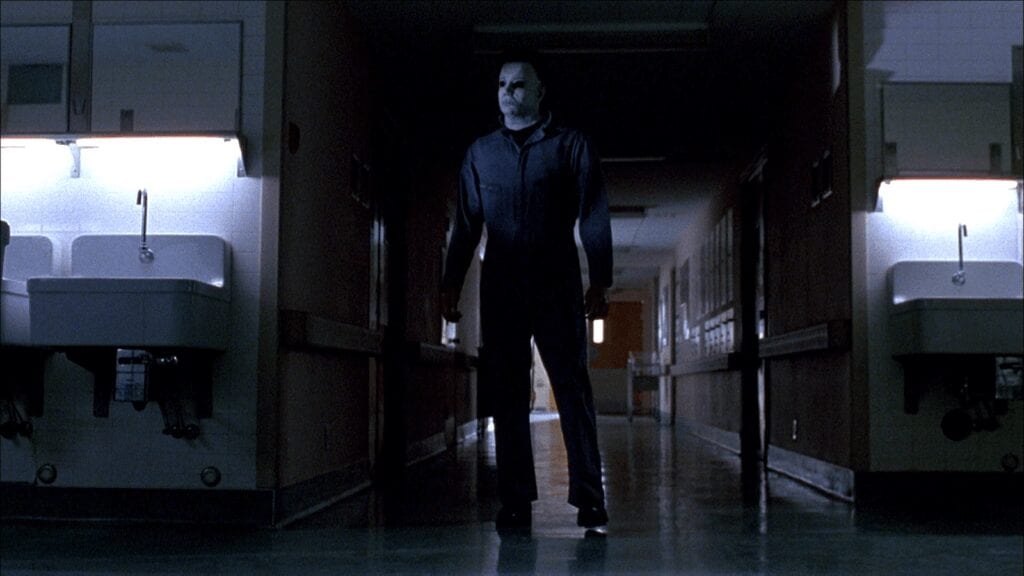 The musical score by Alan Howarth is pretty good, although he uses guitar in this one that I’m not sure fits. The rendition of the Halloween theme almost sounds more like a YouTube cover than one that was made by a film composer. His more atmospheric music, however, is still fantastic. I wish I cared enough about the characters to allow the music to up the tension when they’re being slaughtered, but this is another score that is better served when listened to without the film playing.

As far as kills are concerned, there are some pretty good ones. This Michael Myers feels more violent than the others that came before him. He attacks with a certain ferocity and some of the ways he kills people are pretty screwed up. There are some genuinely brutal scenes in this film, a feature that lends a much needed positive to the run-time. Compared to the previous film’s boring structure, this is a welcome shock to the system of the franchise. George P. Wilbur is a big part of why this Michael Myers is so good. He has a gliding walk when he is stalking, but when it comes time to attack, he has a much more purposeful step. He was fantastic in Halloween 4 as well, and his absence was noticeable from the fifth film. His mask is thankfully a noticeable step up from the previous two as well. When he’s shrouded in darkness, staring at people, or walking out of the darkness to kill someone, he is extremely visually unsettling. 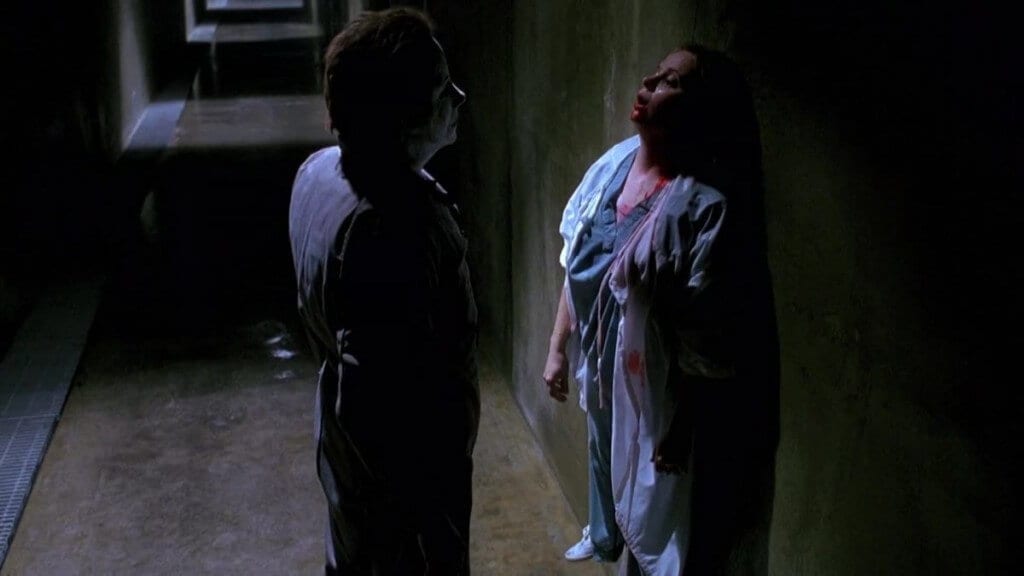 As many fans know, there is a second cut of this film called “The Producer’s Cut.” It is available on a stand-alone Blu-Ray now, and I’ve only seen it once because I actually dislike it more than the theatrical cut. I’d recommend checking it out just to see what your feelings on it will be. Personally, I don’t like some of the changes, especially when they confirm who Jamie’s baby’s father is. The central story remains essentially the same, and the main crux of the story that I don’t like still exists. It is not a night and day change.

Overall, Halloween: The Curse of Michael Myers is a bad film, plain and simple. The story and screenplay are terrible, the acting is bland, it lacks quality visuals and, ultimately, it just feels unfinished. The only positives I can pick out are George P. Wilbur as Michael Myers and the kills, but those can’t overcome this mess. Skip it.