The retro Metroidvania by The Game Kitchen is just as unsettling as scary masterpieces such as the original Diablo. 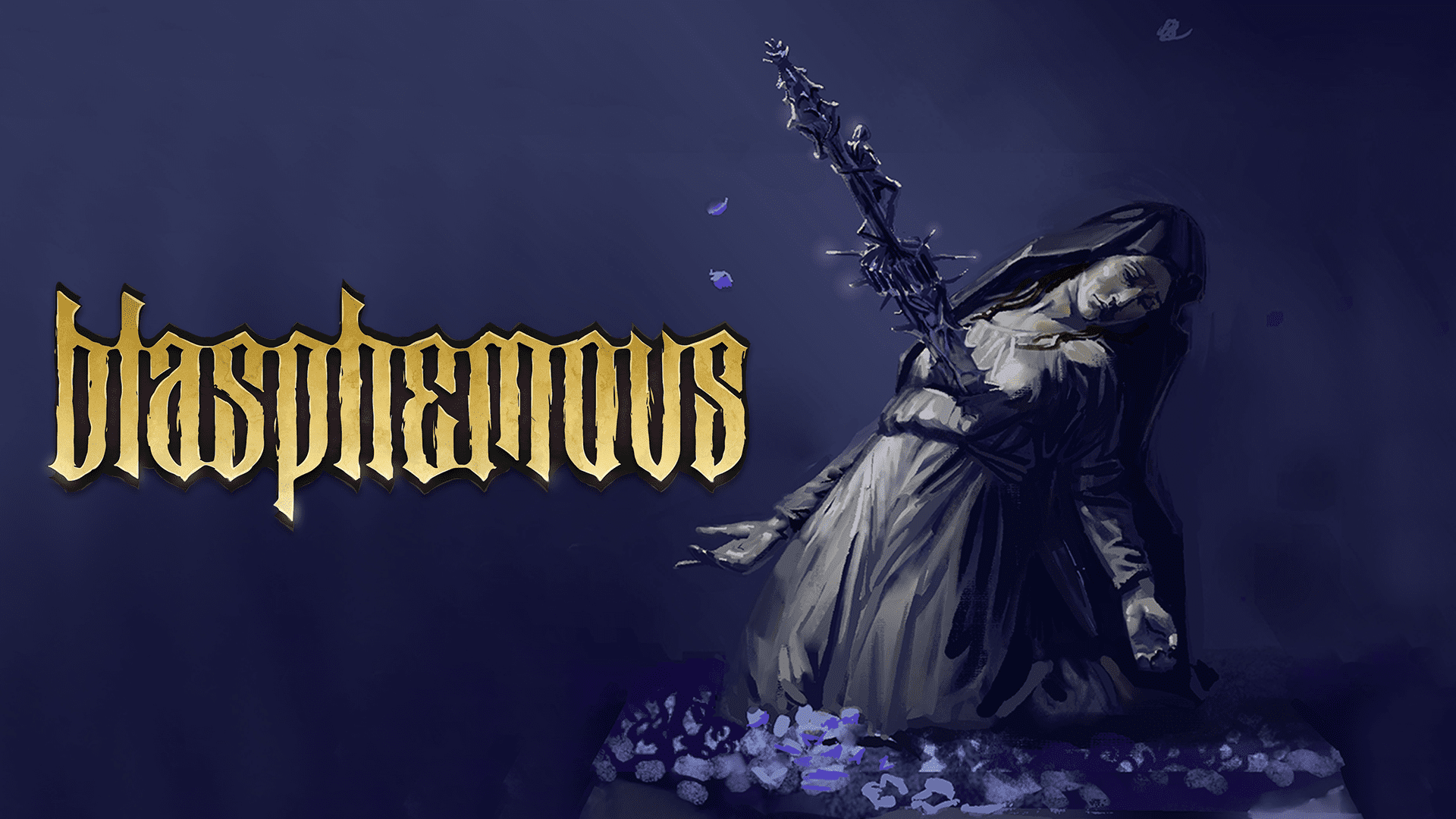 The word “Metroidvania” gets thrown around a lot in retro gaming, and these types of video games have become an indie staple on all modern platforms. With all the competition, it’s hard to come across games that can go beyond the classic themes in the genre. Bloodstained: Curse of the Moon 1, 2, and Ritual of the Night are very good games, expanding the classic Manga-esque take on the classic monsters Castlevania introduced decades ago. Hollow Knight mixes the bizarre alien scenarios we saw first in Metroid with a cute-yet-grim dark fantasy ambiance unique in its own right, but not what one could consider “disturbing” or “horrific” in spite of its high merits.

In 2019, the Spanish development studio The Game Kitchen entered the Metroidvania battlefield after a successful 2017 Kickstarter campaign with Blasphemous, a title delivering a twisted gothic scenario rarely seen in games of any genre, let alone action platformers with RPG elements. “Dark fantasy” isn’t a dark enough genre for a game such as this, and it even stands out from the likes of Diablo I and II, undefeated champions of the ultra-gory and downright Satanic fantasy settings.

Oddly enough, the name “Blasphemous” is not an indication of the aforementioned Satanic imagery from the late ’90s. On the contrary, the world of Cvstodia is so oppressively devoted to the fate imposed on them by the Miracle that even acts of penance can be considered blasphemy by other religious orders, which probably believe 99.9% of the same thing everyone else in Cvstodia – just like most actual religions – and not limited to the devotees and fanatics of the Miracle, but the supreme being itself seems to be quite twisted and merciless. More than devotion from the people, it seems to thrive on very graphic pain and unrelenting guilt.

We are thrust into this savage paradise of despair, heavily inspired by Spanish Catholicism (originators of the infamous Inquisition), as the Penitent One, an unnamed member of the Brotherhood of the Silent Sorrow – they enact vows of silence – which has been decimated by the destiny the Miracle bestowed upon them, except for this individual chosen by divine grace to live and start a pilgrimage through Cvstodia after almost being savagely murdered by Crisanta of the Wraps of Agony, a blinded – through her own sacrifice – legendary knight of The Anointed Legion who has devoted her penance to protecting his holiness, Pope Escribar, the religious leader who has brought the world of Cvstodia to its current state through his communion with the Miracle.

The game mechanics are simple and familiar but finely tunes to match the pristine bit art and match it with the macabre scenario. Imagine Castlevania: Symphony of the Night with a relic and a rosary enhancement system filled to the brim with lore. The devs are also taking a lot of care even a year after the game’s release and have put out a free DLC this past summer expanding the saga of the Penitent One and, if you happen to be a Spanish speaker, you can now enjoy the spoken dialogues in full Spanish, the absolute best way to enjoy Blasphemous’ ambiance. (Sorry, Anglosphere, but it feels so natural to take in this baroque cultural background with the original language which shaped it.)

If Blasphemous has any shortcomings, those definitely are related to the map and moving through it. The game is already filled with challenging penitence; there is no need for the punishing means of traveling through it and how cryptic the map can be. There is a “quick travel” system down the road of the journey through Cvstodia, but it isn’t anything to write home about. Moving around shouldn’t feel like a dragging chore. The level design itself is fine, just to be clear; the problem is in moving around it, and more so with the amount of backtracking demanded by the genre.

The game is on all modern platforms, and you can probably get it on Halloween discount – I can vouch for that for the PC version at GOG.com and Steam – though even at full price, it is definitely a steal. If you can afford it too, do not skip the bundled version with the artbook and the soundtrack. One will undoubtedly be haunted by the Blasphemous experience even after finishing the game, and diving deep into this very original lore and ambiance is well worth any gamer’s time.

What games are you playing yourself on Halloween? Did you check out Blasphemous? Let your friends at www.geeksandgamers.com know in the comments below!

A finely crafted Metroidvania action platformer that will send chills down the spine of everyone, even Diablo and doom veterans!