Hawkeye Trailer Has the Christmas Spirit 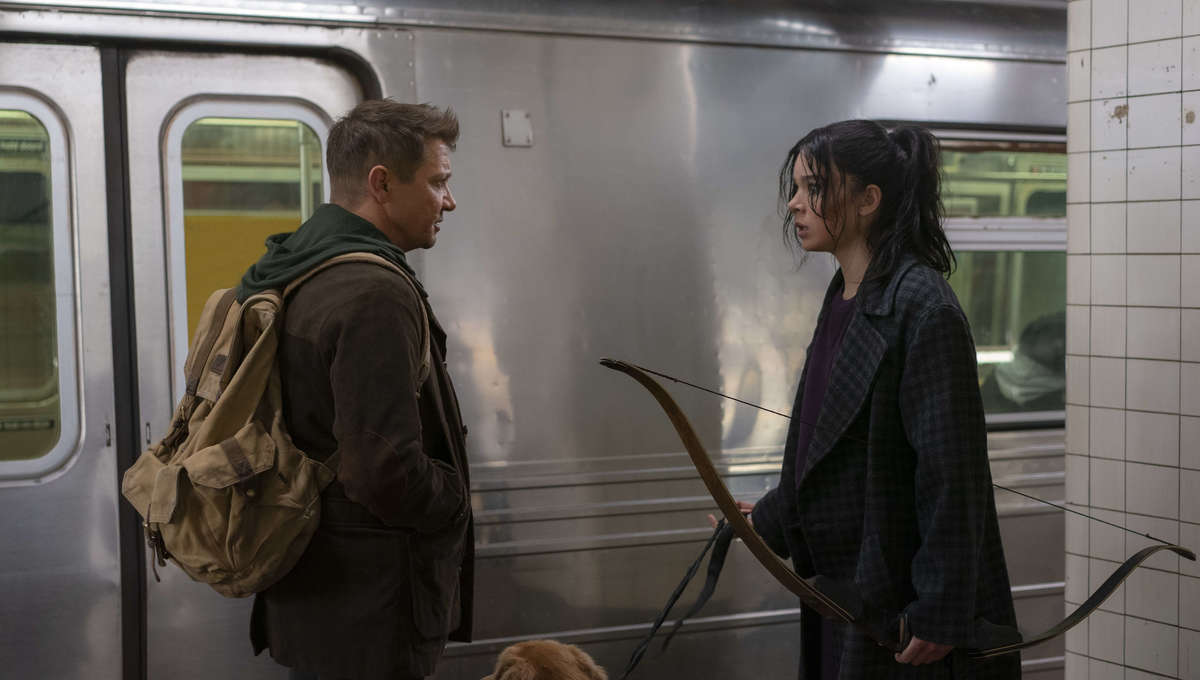 It’s time to look where you aim your bow – or not, as the case may be – as Disney has released a Hawkeye trailer. The upcoming Disney+ miniseries revolves around Clint Barton, one of the few remaining original MCU Avengers, who must train a girl who will most certainly be his replacement because that’s the only reason they trot out the old characters these days. Jeremy Renner returns as Hawkeye, with Hailee Steinfeld as his protégé Kate Bishop, Vera Farmiga as Kate’s mother Eleanor, and Florence Pugh from Black Widow as Yelena, Natasha Romanoff’s kinda-sorta sister. Hawkeye will begin its streaming run on November 24, 2021. Check out the Hawkeye trailer below:

The Hawkeye trailer makes me wish it wasn’t 2021 and I could be excited about this, because I like a lot of aspects of it on paper. I love the Christmas setting, even more so because it takes place in New York City. (Sue me, I’m biased.) I like the slightly comedic tone; a darker Hawkeye show would have been cool too, maybe with him trying to atone after the second chance Natasha gave him in Endgame, but I can get into a lighter adventure. And I think it’s wise to show him in a pared-down story that can take advantage of his skill set better than an alien invasion can. Then, Kate Bishop shows up, and the good vibes go away fast. I’m unfamiliar with the character, having never read any comic books featuring her. But given how Phase 4 has been going, we all know why she’s here: she’s going to take Clint’s place and be a better Hawkeye than he ever was. Perhaps I should tread lightly, as she’s probably legally required to be my new favorite character ever until they introduce a new one next week, but I’m getting sick and tired of them replacing every one of the main Avengers directly and tearing down the old ones in the process. Did you catch that the Captain America Broadway musical – a terrific idea in theory – is called Rogers? That’s because they don’t want to associate the name “Captain America” with Steve Rogers anymore; Sam Wilson bears that moniker now, and all references to anyone else in the star-spangled costume must be stricken from the record. This is indicative of where they’ll go with Kate Bishop, as is having her called “the world’s greatest archer;” Clint makes a crack suggesting it’s her own arrogance, but does anyone doubt she’ll prove herself right, and Clint will apologize and bequeath his bow to her? I want to give the show the benefit of the doubt, but I’ve done that too often recently and been burned, so I’d rather be pleasantly surprised than taken for a sucker this time.

What did you think of the Hawkeye trailer? Are you glad Kate Bishop is showing up on-screen? Will Julia Louis-Dreyfus manage to become even more annoying when she inevitably shows up to entice another character to join her group? Let us know in the comments and stay tuned to Geeks + Gamers for more TV news!

Hol up. This is the 2nd time I’ve seen Dreyfus’ name come up. Who does she frickin play? I can handle spoilers, since I wont be watching any of the shite the Mouse puts out.

She plays Valentina Allegra de Fontaine. She showed up in a couple of episodes of Falcon and the Winter Soldier and in the post-credits scene of Black Widow; she’s trying to recruit people for some secret organization. She told Yelena that Hawkeye is the reason Natasha is dead, effectively setting her off on a revenge mission; because Yelena is in this, people are figuring Valentina probably shows up too.