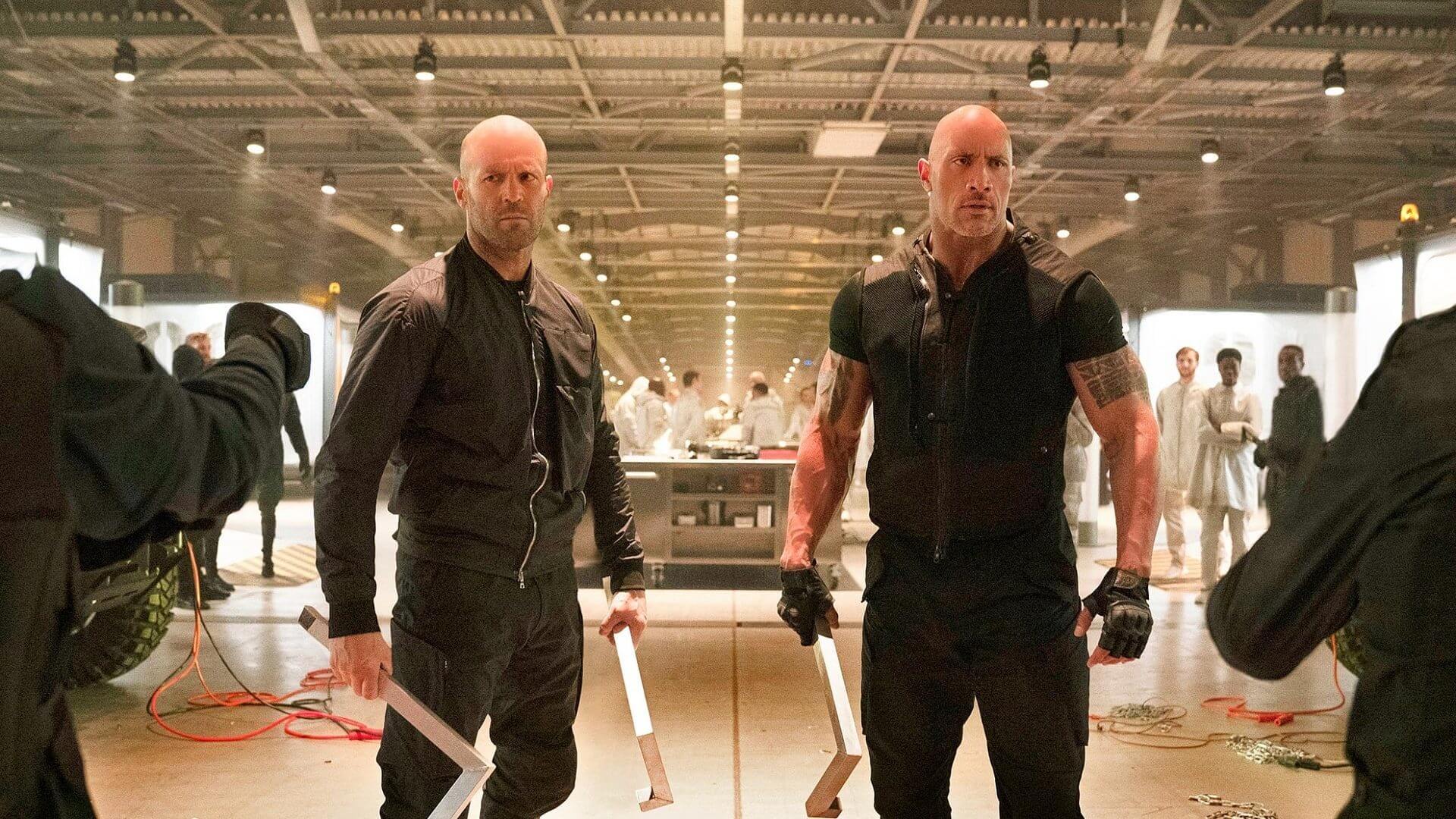 The Fast and Furious franchise just cut the fat as the first Hobbs & Shaw trailer has finally dropped. A spinoff of Vin Diesel’s race car series, Hobbs & Shaw catapults the supporting characters played by Dwayne “the Rock” Johnson and Jason Statham into the lead roles, with Idris Elba as the villain that unites the action odd couple. Directed by David Leitch – who is fast becoming an action movie legend in his own right – and also starring Mission: Impossible – Fallout’s Vanessa Kirby, Baby Driver’s Eiza González, and WWE favorite Roman Reigns, Hobbs & Shaw opens August 2, 2019. Check out the Hobbs & Shaw trailer below…

If you need a breakdown of what you just saw, Jason Statham kicked Citizen Kane into an explosion while the Rock pounded Casablanca into the ground, and Hobbs & Shaw became the greatest movie of all time. That Hobbs & Shaw trailer has enough manliness to make Gillette shutter its doors and endorse Schick. I’m not a fan of the Fast and Furious series, but Statham and the Rock are easily the best things about it; Fate of the Furious is so much fun because these two take center stage for a good chunk of the movie while Vin Diesel is sidelined to be awful in his own little corner. Getting rid of the tedious “family” and all the racing nonsense to make way for the guys with actual charisma is exactly what I want. The notion of my man Statham being directed by David Leitch pushes this even farther up my must-see list. Idris Elba should make for a worthy bad guy for these two titans, and based on the Hobbs & Shaw trailer, the action looks like it’ll be hard-hitting and intense, with both leads getting ample opportunity to show off their physical prowess. August just redeemed its movie reputation.

What did you think of the Hobbs & Shaw trailer? Are you looking forward to this spinoff? Will the Oscars slide even further into irrelevancy if they don’t start printing next year’s best picture award right now? Let us know in the comments and stay tuned to Geeks + Gamers for more movie news and reviews!