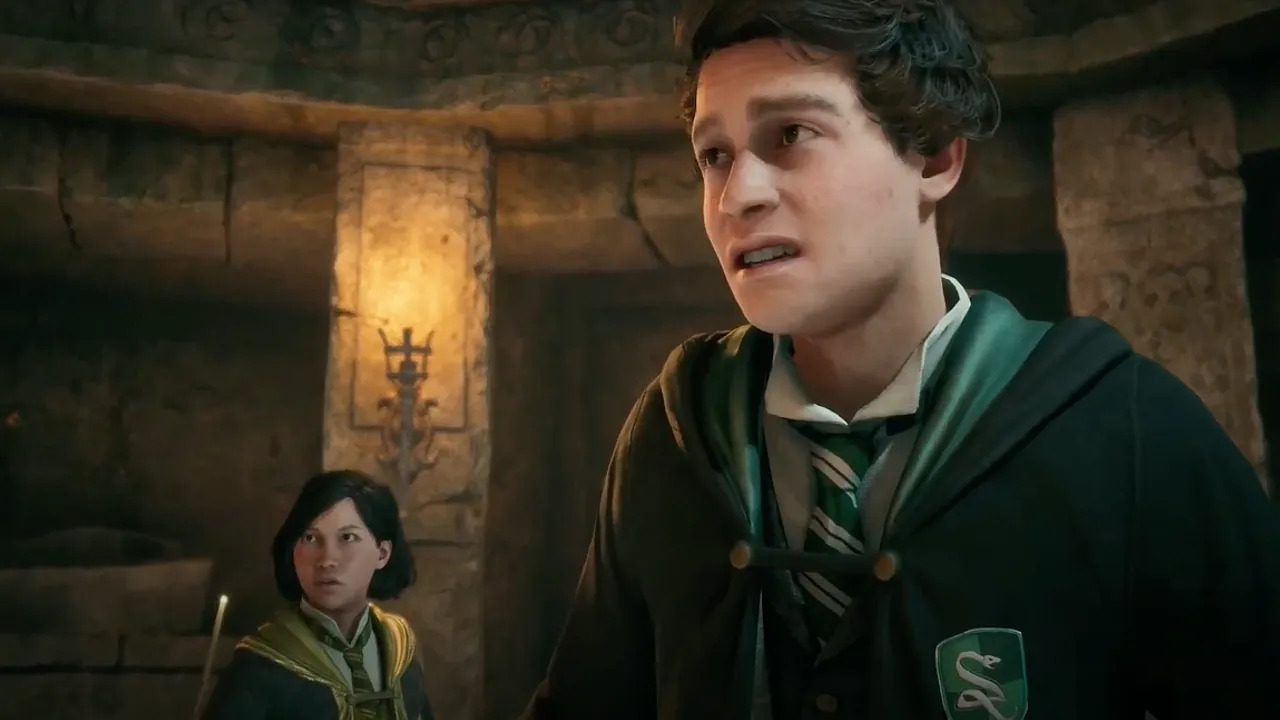 I just watched the latest Hogwarts Legacy gameplay trailer with Geek + Gamers team members Steph and Lethal, and all three of us came to the conclusion that this game will be delayed for at least the third time. Hogwarts Legacy was originally supposed to be released back in 2021 and will not release until February 2023. We didn’t see any actual gameplay footage except a glimpse at some mediocre dueling, cosmetic decisions on our characters, and walking around Hogwarts. Here is the forty-six-minute showcase:

So, what did we find out?

We were already told there wouldn’t be any Quidditch in this game (five galleons says they will make a Quidditch World Cup remake at some point), the Wizarding World’s version of marbles, Gobstones WILL NOT be playable, and Hogwarts Castle itself resembles a Museum. Some areas of the castle are very similar to previous Harry Potter video games, but the newly added areas do not have the same feel, and the contrasts are striking and distracting. Steph even asked why everything was so shiny. Just because it takes place in the Victorian 1800s doesn’t mean the FEEL of Hogwarts should be different. The castle is more than 800 years old; it shouldn’t be based on the Victorian era, just like how, in Harry’s adventures, the castle is not themed like the 90s! The same applies to the Fantastic Beasts series; Hogwarts looks exactly the same, except for the different Hogwarts uniforms. Come on, @HogwartsLegacy, how does this resemble Hogwarts at all!? pic.twitter.com/k2MQJ0qV3r

We also found out that there will be extra-curricular assignments, aka side quests, all over Hogwarts and that one can go to Hogsmeade to get a haircut.

We got a new look at the character creator section of the game. You can really nitpick how your character is going to look and talk and immerse yourself in the 1800s-style Wizarding clothes. We also got a nice look at the Hufflepuff dormitory, the only house never to be seen in the Harry Potter books or films. The earthy and homey feel is very accurate to how Rowling described it.

The music was whimsical, and there were moments when music from the original Harry Potter movies could be heard. If they incorporate the original video game tracks, I’ll be thoroughly impressed.

The dueling and combat felt childlike, and the user interface felt mobile-like. Jump to 30 minutes in the video to view the dueling. Furthermore, why is this fifth-year student being talked down to by a younger student? AS IF that would ever happen. Imagine your 15-year-old self being talked down to by an 11 or 12-year-old. It wouldn’t happen. Not to mention all the NPCs look like they belong on PlayStation 3.

There was also continued criticism of the Collector’s Edition. Many are still furious that the items you receive are not up to par with the pricing. One user noted the Noble Collection items behind the crew.

Any single item on those shelves would have been better for the Collector's Edition… there were so many missed opportunities with the CE pic.twitter.com/PAyVO5hwI9

There was a lot of criticism within the first hour.

That was the worst showcase ever. I need a drink. https://t.co/Tg0BliruLJ

Here are some comments pulled directly from the showcase on YouTube:

“I hope they are using the extra time to release to fix those awful lip syncing and making the NPC characters more lively and just make the world feel more alive in general. The combat looks fine, we’ll see about the story but some of that dialogue was…. rough. I’ll assume the lack of shadows and poor lighting is due to this being a work-in-progress build of the game, so let’s hope for better on that.”

“It looks great, but I got to be honest: the NPC’s look brain dead. The world also feels a bit empty. Npc’s are just waiting for you to talk to them, but doing nothing. They have no personalities. Disappointed tbh.“

“The gameplay looks great but not feeling the graphics it’s like ps3.”

“I gotta say the lighting is really lacking and overall bad, a lot of surfaces looking really bland and not accurately illuminated, giving that flat feeling. This game really needs RayTracing.”

“I really love the game’s atmosphere and It has so much potential, but beyond the hype, the graphics are seriously downgraded, it looks too bleached and smeary, (enviorements are looking good overall, besides that) the voice acting and script are unfortunately and subjectively bad, looks like there will be more fetch quests than actual interesting quests, and facial animations look like mass effect andromeda all over again. Music is amazing though. I really hope I’m wrong and that this is a previous build they are showing, but I’m not letting my hopes up for now since we are barely 3 months from realese. We need to be realistic. Overall I think it will be a nice game, but not as great as I thought it will be.”

What do you think of the gameplay? Do you believe the hype has declined? For me, the hype is very dead now. I’m still hoping this game will be great, but this showcase did not show that. For more information, click here to read about the game from the Wizarding World.

I really hope they take the criticism well and incorporate some changes. This game has so much potential even without the massive IP backing it. And I am more than ready for an enjoyable game.