Home  /  Entertainment  /  Movies  /  How Villains Make the Hero in Spider-Man: No Way Home

How Villains Make the Hero in Spider-Man: No Way Home 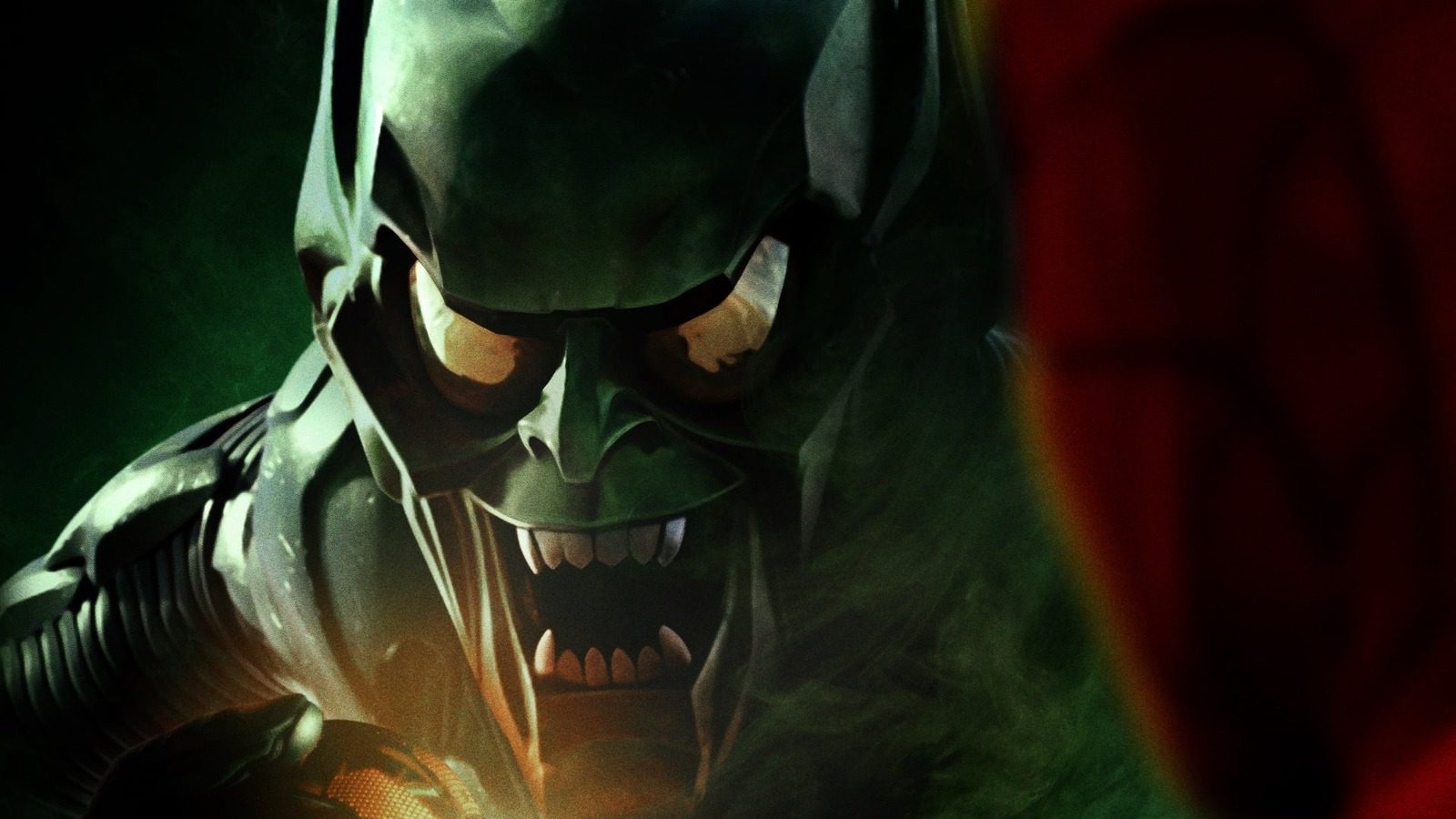 Spider-Man: No Way Home has had its opening weekend now, and if its incredible box office performance is any indication, most people have seen it. That means it’s time to get in-depth and let the spoilers fly. (If you haven’t gotten to the theater yet, you can read my spoiler-free review here and come back when you’re ready.)

I loved the movie and can’t wait to see it again. Objectively, it has some problems – most of them, thankfully, in the first act – but they barely make a dent in what it gets right. There are lots of different aspects of Spider-Man: No Way Home that are worthy of unpacking in detail, but the beating heart of the film, the main reason it works as well as it does, is its examination of what makes one a hero. And, given the hook of bringing in most of the previous big-screen incarnations of Spidey’s nemeses, it wisely explores this through the prism of what makes one a villain.

When Doctor Strange’s spell goes awry and the sinners come marching in to the MCU, Peter Parker sees them as Strange instructs him: dangerous problems that need to be sent back to their home dimensions before they hurt anyone. This is perfectly logical; Doctor Octopus, his first encounter with another Peter’s bad guy, immediately begins throwing cars around on a bridge and trying to kill him, with little care for any innocent people who get in his robotic tentacles’ way. Electro is similarly cold-blooded, soaking in as much electrical power as possible and gunning for Spidey. But in Sandman and, especially, Norman Osborn, Peter finds shades of gray. Sandman is not too different from Peter – someone who’s made mistakes and is now trying to turn his life around, if only for his daughter. And Osborn is a decent guy, a scared and lonely man haunted by an unwelcome visitor in his psyche. Are these really the monsters Doctor Strange warned him would invade his world?

That doubt becomes too much for Peter to bear when he finds out that most of these people are destined to die in their home dimensions and to die fighting their versions of Spider-Man. In sending them back, Peter is effectively passing a death sentence on them. If you watch The Flash, you know what’s coming: deontological ethics vs. utilitarianism, or the immediate good vs. the greater good. Doctor Strange is firmly in the utilitarian camp; he wants to protect his own world by sending the violent and dangerous invaders back, and their deaths are both necessary and prescribed by nature. Peter was on board with this at first, but upon learning they’re fated to die (and getting a lecture from Aunt May about the role of a hero), he decides he’d rather save them – and not just from death, but from themselves, from their own evil natures. 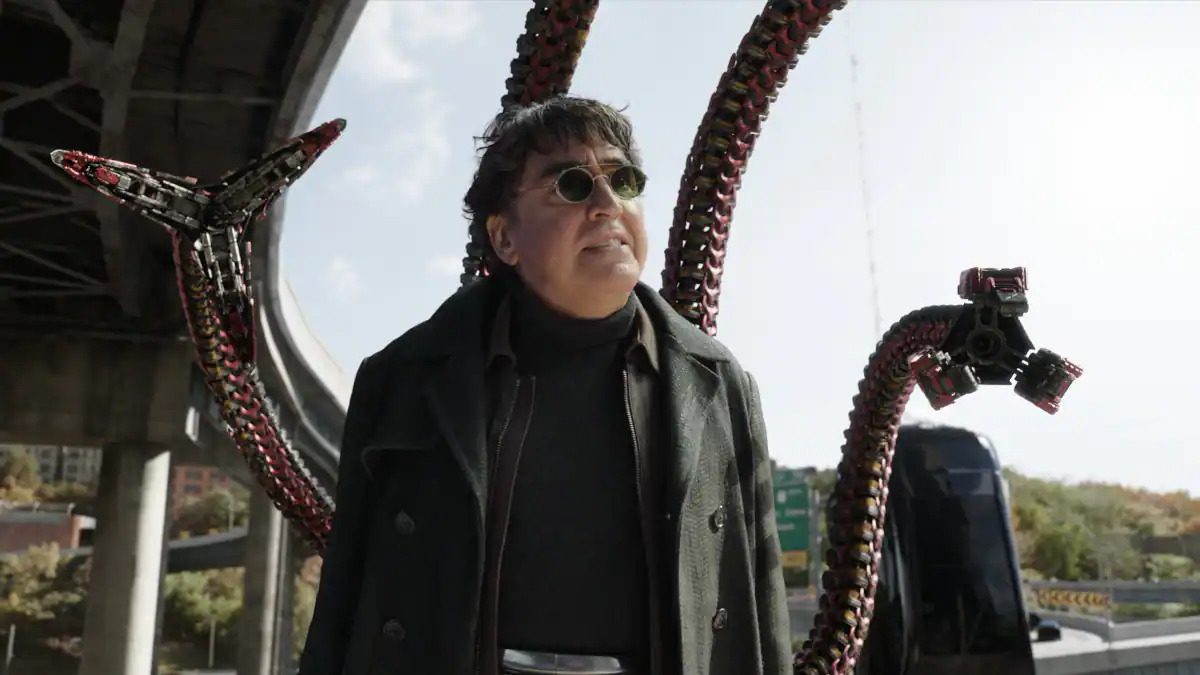 That’s why the villains are so instrumental to Spider-Man: No Way Home. In order for Peter to save them, he has to understand what made them go bad. Norman Osborn, Otto Octavius, and Kurt Connors are all victims of outside influences – specifically, science experiments gone wrong. When Osborn tested his serum on himself, he created a monster in his own mind, one that occasionally takes control of his body and kills people. Octavius inadvertently sacrificed his free will in the name of progress, losing his autonomy to the artificial intelligence powering his mechanical arms and creating the cold-blooded and vain Doctor Octopus. And Kurt Connors’ zeal to heal his physical deformity removed his humanity, inside and out. Flint Marko and Max Dillon turned to crime of their own accords, but still, there are understandable, if not mitigating, circumstances. Marko wanted money to help his sick daughter, and Dillon was tired of being ignored, frustrated with living on the margins of society. Can Peter condemn these people to death? What if he could save them?

More importantly, though, do they even want to be saved? That’s a loaded question, the answer to which is not only different for each villain but changes for some of them as well. Doctor Octopus and Electro seem to like being superpowered killers, while Sandman doesn’t much care one way or the other, so long as he can return to his daughter. Osborn, however, is desperate to cure himself of the Green Goblin persona and helps Peter to develop ways of curing himself and the others. (The Lizard doesn’t offer much in the way of opinion, as he’s barely a character in this movie). Octavius is the first to be cured, and upon the treatment’s success, he reverses his stance immediately due to the nature of his ailment; with the AI removed from his mind, he has returned to being the benevolent idealist who only wanted to help. That he is the first villain Peter encountered before the experiment, that he immediately tried to murder Spidey, is important because he is the basis for Peter’s initial, visceral reaction to these guys. If the worst of them can be saved so decisively, surely the rest can too. 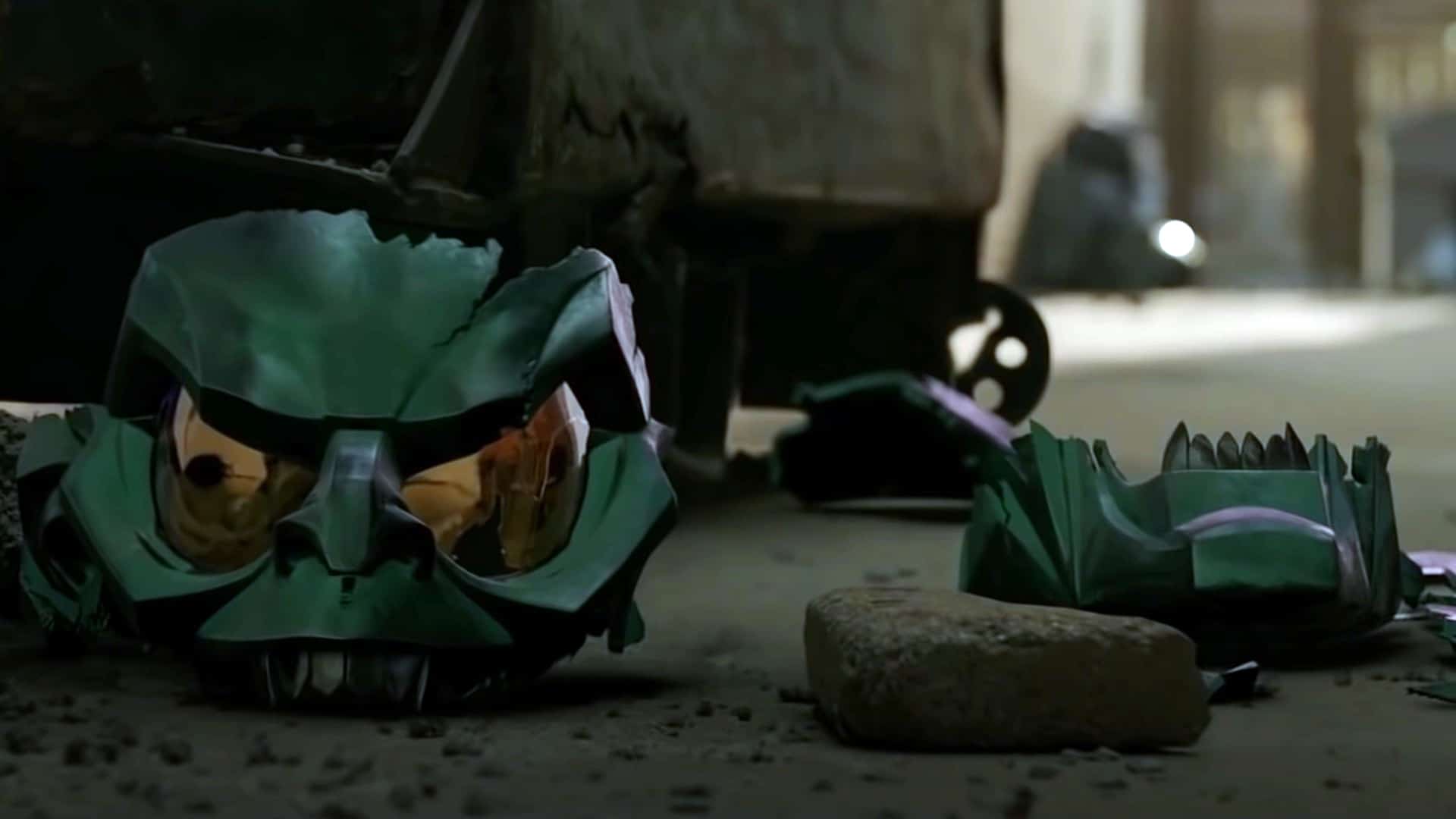 But Doctor Octopus wasn’t the worst of them. In fact, the worst was hiding within the one Peter thought was the very best of them, the one who inspired Aunt May to push Peter to help them. When Norman Osborn goes bye-bye and the Green Goblin emerges, Peter’s values are put to their ultimate test. He’s faced with the most ruthless, sadistic monster he’s ever encountered, one who hurts for the sake of hurting, and one who is physically more than a match for Peter. When the Goblin kills May, he’s spitting on the notion of heroism, which he always saw as a crutch for the weak. (This puts that rooftop chat he had with Spidey in the first Raimi film into starker perspective.) He murders the woman who is not only the strongest tie to Peter’s humanity but represents everything Peter was trying to do for the villains. This is where doing good for the sake of good gets you: mourning the person you loved most because the guy you went out of your way to help never deserved it. It’s as crushing a blow to his philosophy as anyone could have dealt Peter.

In killing May, the Green Goblin unintentionally strengthens Doctor Strange’s argument. If Peter had simply allowed Strange to send them back, May would still be alive, and many more innocents wouldn’t be at risk from a lunatic with a split personality. Peter failed to cure him, and now not only is the immediate good (seemingly) out of reach but even the utilitarian greater good has been threatened with Osborn and the others at large. With May gone, Ned scared to death, and Michelle ready to press the button and zap these guys back to their dooms, Peter has no one to tether him, no one who shares the values May imparted on him to guide him through his darkest hour – except for himself, or, rather, two of his selves. The other two Peter Parkers symbolize Peter’s greatest strength coming from within. Like him, they had mentors they lost, people they loved who taught them that with great power comes great responsibility. 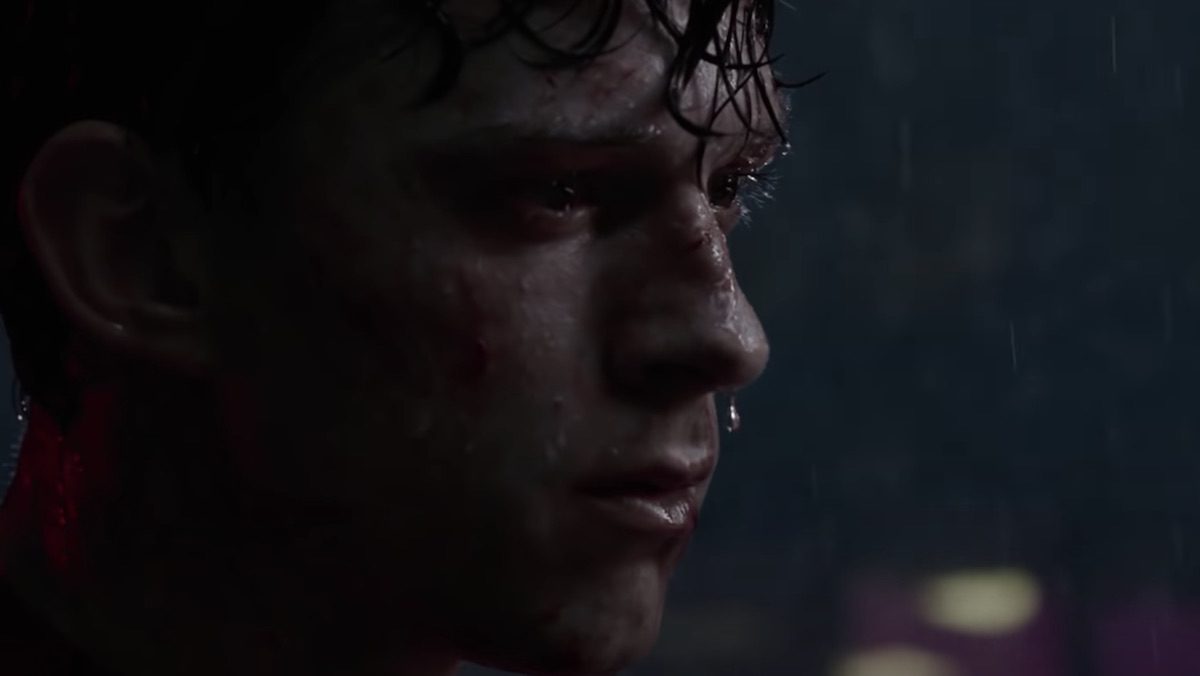 And they’re who pull Peter back from the brink and set him on his path, because his path is their own. They are Peter’s redemption, and in return, Peter is theirs. They remind him of what being a hero means, and he offers them a chance to be the heroes they failed to be to their fallen villains. Once more, it’s through their old villains – and this Peter’s new villains – that all three Spider-Men redeem themselves and become the heroes they always were inside. Tobey-Peter even lays down his life – or that was his intent, anyway – to keep Peter from giving in to his base desire for revenge (and who could blame this poor kid?), sacrificing himself for Osborn’s life and Peter’s soul. And, bringing it full circle, Doctor Octopus shows up during the finale to help the Peter trio, embodying Peter’s values by acting like a reformed villain and doing good in place of evil. Heroism has gone from being examined through the villains to being demonstrated by one, and it’s thanks to Peter Parker putting his faith in helping even the worst among us.

The best villains compliment their hero and his journey, and Spider-Man: No Way Home understands that. That it uses villains who started off with different heroes (albeit versions of Spider-Man) makes the storytelling even more impressive. Peter Parker may have come out of his latest film a better man and a better hero, but he was put through the wringer to get there, and whichever bad guy he faces next will have a tough time measuring up to this crew.

One of the things that surprised me about the Spider-Man was the fact that I enjoyed Garfield’s performance. I didn’t care for The Amazing Spider-Man series and so I had a bias against Garfield going in.

Jeremy summed it up rather nicely… with the proper setup, director, and script Andrew Garfield could had a better Spider-Man. It was good to see him get a better send off (maybe).

I’m sure a lot of people are wondering if Toby & Andrew will each be getting another Spider-Man movie. If they do I’m game.

I’m in the same boat. I disliked The Amazing Spider-Man so much I never saw the sequel, but I loved Garfield in this one. I’m actually interested in going back and watching them with No Way Home as context.