Home  /  Entertainment  /  Television  /  If You Don’t Like She-Hulk’s CGI, You Hate Women

If You Don’t Like She-Hulk’s CGI, You Hate Women 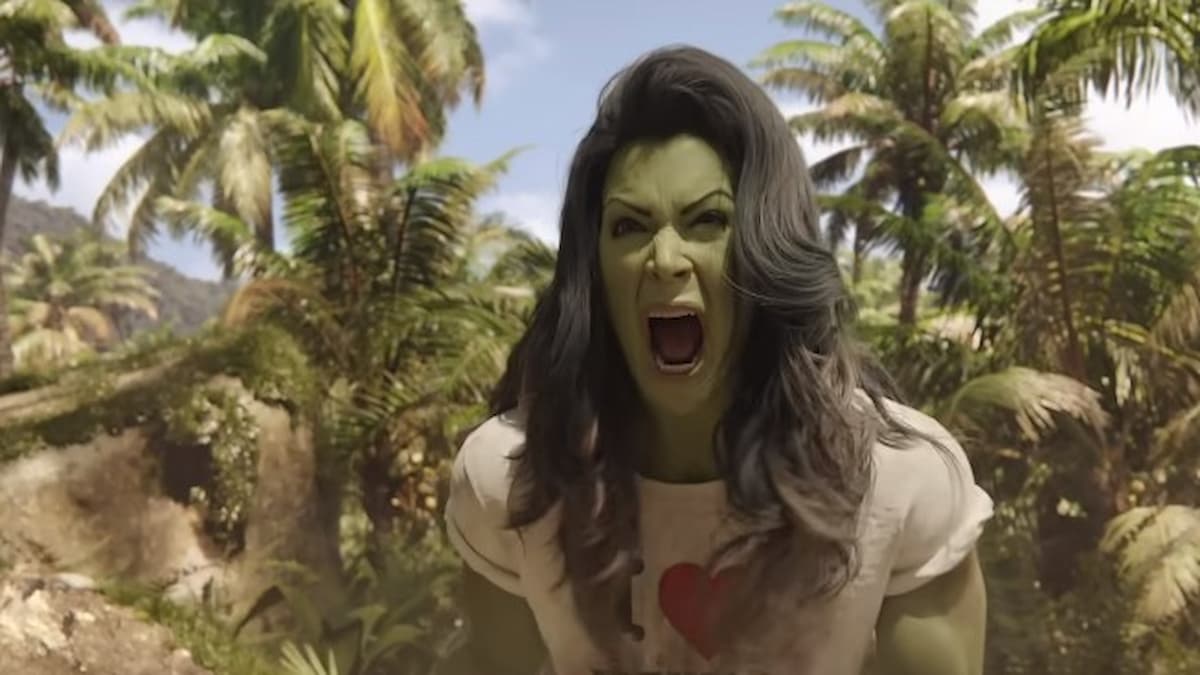 To the surprise of no one, She-Hulk: Attorney at Law is the latest Hollywood product you’re required to like. The Hollywood Reporter reveals more details from the show’s panel at the Television Critics Association, particularly when someone brought up the show’s awful CGI. Kat Coiro, one of She-Hulk’s directors, said this:

“In terms of the CGI being critiqued, I think that has to do with our culture’s belief in its ownership of women’s bodies. I think a lot of the critique comes from feeling like they’re able to tear apart the CGI woman. There’s a lot of talk about her body type, and we based it on Olympian athletes and not bodybuilders. But I think if we had gone the other way, we would be facing the same critique. I think it’s very hard to win when you make women’s bodies.”

The problem is not that she looks like an Olympian athlete; it’s that she looks like she was created on an office computer in the 80s and still wasn’t finished. They’re turning this around on you, the person who saw the trailers and has functioning eyes; as always, you are the problem. The rest of the piece repeats showrunner Jessica Gao’s defense of the special effects artists, with similar comments from star Tatiana Maslany. A few days ago, I said that I suspected this might be an attempt to use Marvel’s horrible working conditions to shield themselves from criticism, and after these new statements from Coiro, I’m sure of it.

Maslany also talks about female body image, though not in relation to the special effects:

“We’re so fixated on women’s bodies, whether it’s aesthetically or politically or in terms of rights or in terms of autonomy, I think what we do in this show is in touch with all of these concepts”

Then, there’s an interview Coiro gave to Entertainment Weekly where she talked about the show’s almost entirely female production team (which, as WorldClassBullshitters points out, is not “inclusive,” as she says it is), as well as the underlying premise:

“One thing I always come back to was one of the wish fulfillment elements of getting to see her walking down a dark alley, and someone gives her a hard time, and she’s able to kick their butts. It was something that every single woman could relate to, any woman, of any age. How exciting would it be to walk home in the dark and not worry? She-Hulk is able to walk home, even while wearing headphones, and not worry, because she has the power to not feel vulnerable physically. And I think that’s a pretty unique thing that only a group of women could have brought to this, among other much more nuanced things as well.”

Well… it’s not something only women could do; this was the exact idea behind Buffy the Vampire Slayer, which was conceived by Joss Whedon, a man (whom we’re no longer allowed to like because he made Ray Fisher cry). Coiro also talked about how She-Hulk can behave during normal social interactions:

She-Hulk sounds like fun, doesn’t she? Remember that Gillette commercial that told men we all suck and are essentially rapists merely by existing, and also we should buy their razors and stuff? There’s a scene in that where a guy sees an attractive woman on the street and begins to walk towards her, but is stopped by his friend as if he’s about to make a terrible mistake. That’s the vibe I get from comments like this, where the notion of a man even talking to a woman is considered, at best, harassment. I can’t wait to see the next scene, where She-Hulk whines about men being so intimidated by how perfect and awesome she is that they won’t approach her in a bar. To that effect, Coiro also talks about the dynamic between She-Hulk and Used-To-Be-Cool-Hulk, with Banner “thinking that he’s the teacher and realizing that very quickly, she has things to teach him.” You didn’t think Hulk was going to get out of this show with whatever remains of his dignity, did you?

All of this adds up to feminism being used as a shield against criticism. Coiro is laying it on thick in her comments, and then people who take issue with the CGI are told they just want to control women’s bodies. It’s a narrative, and when you need one to defend your art, your art probably sucks.

Thanks to Bounding Into Comics for covering this story so well.