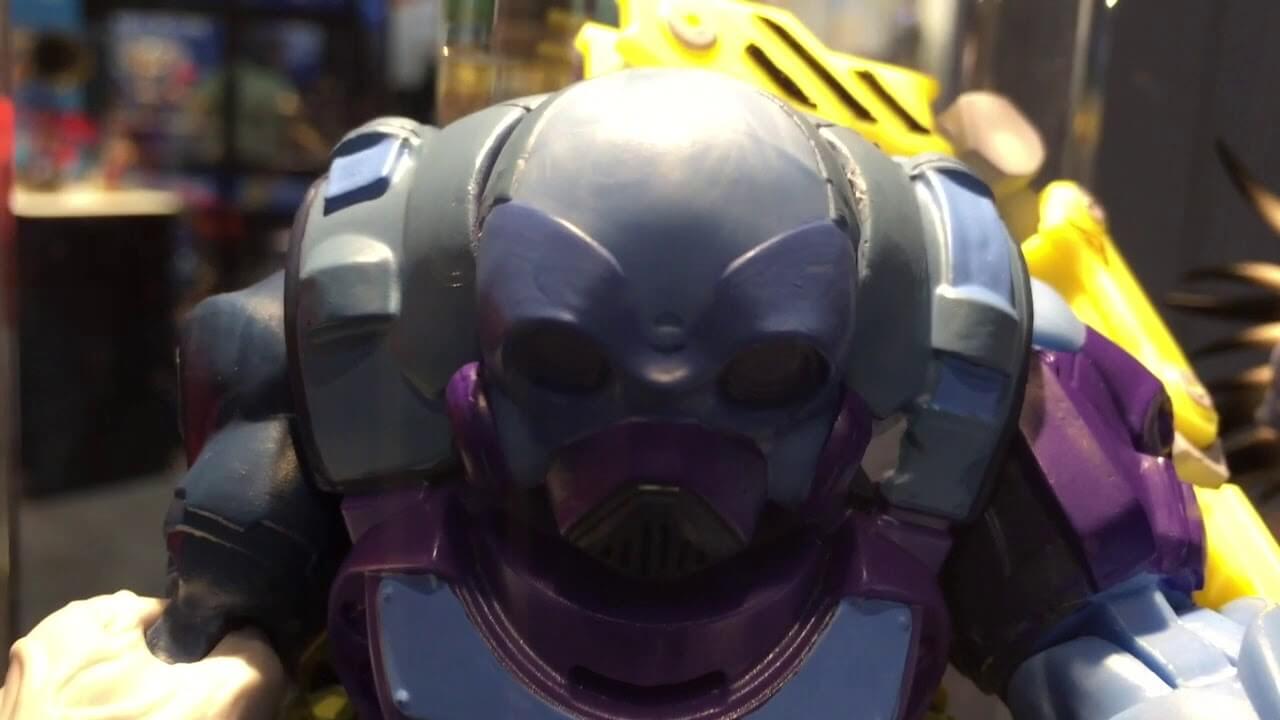 I’ve always been a big fan of animation, whether it’s Gargoyles or the various incarnations of Scooby-Doo! so, when I got the chance to interview the minds behind the burgeoning multimedia franchise Alter Nation – Ryan Magnon and Curtis Andersen of Panda Mony Toy Brands – over the phone, there was no way I could pass it up. I’m always on the lookout for the next evolution in Saturday Morning Cartoons, and Alter Nation definitely fits that bill.

Ryan: We had a lot of concepts and we ran all of them by kids. We gave them kind of the seeds of the ideas and got feedback from them; they told us what they liked, what they didn’t. We took all those ideas, put it all together in a blender, and this is what we came up with. It’s pretty cool.

What went into the designs for the characters?

R: Again, we went to kids. We showed them the concept art based on their feedback that we got on the initial idea. They wanted humans with animal abilities that kind of look like monsters. We gave that to our concept artist. They kicked out a bunch of images of alternate versions of those characters based on those descriptions and the abilities the animals would have. And the kids, again, gave us feedback on it. “I like this one; I don’t like that one.” So we really just ended up going with what they told us to do.

R: Well, the other fella on the line with me, Curtis Andersen, he goes back quite a ways in Hollywood, and he had a lot of those connections and got them connected to us. He’s actually Gordie on Sabrina the Teenage Witch back in the 90s. That was probably your biggest role yet, Curtis?

Curtis: That’s the one that people recognize me for. I actually got my start doing voiceover for cartoons and stuff back in the mid-eighties, and so I’m actually pretty connected in the voice over world. And the opportunity came up to do the webisodes, you know?  I just kind of reached out and said, “Hey, everybody, we’re trying this thing. Who’s in?” And the amount of people who were like, “Yes, I want to do it,” was pretty high. You know, one of the people we didn’t mention in some of the press materials just because Eric was [laughs] a little slow getting back to me with the material; [this] is Eric Lopez. You may recognize his voice from Young Justice; he’s our El Ray. So, yeah, webisodes are just the start, and we’re really excited what the future of Alter Nation animation [is] going to look like [in] the next [few] years. 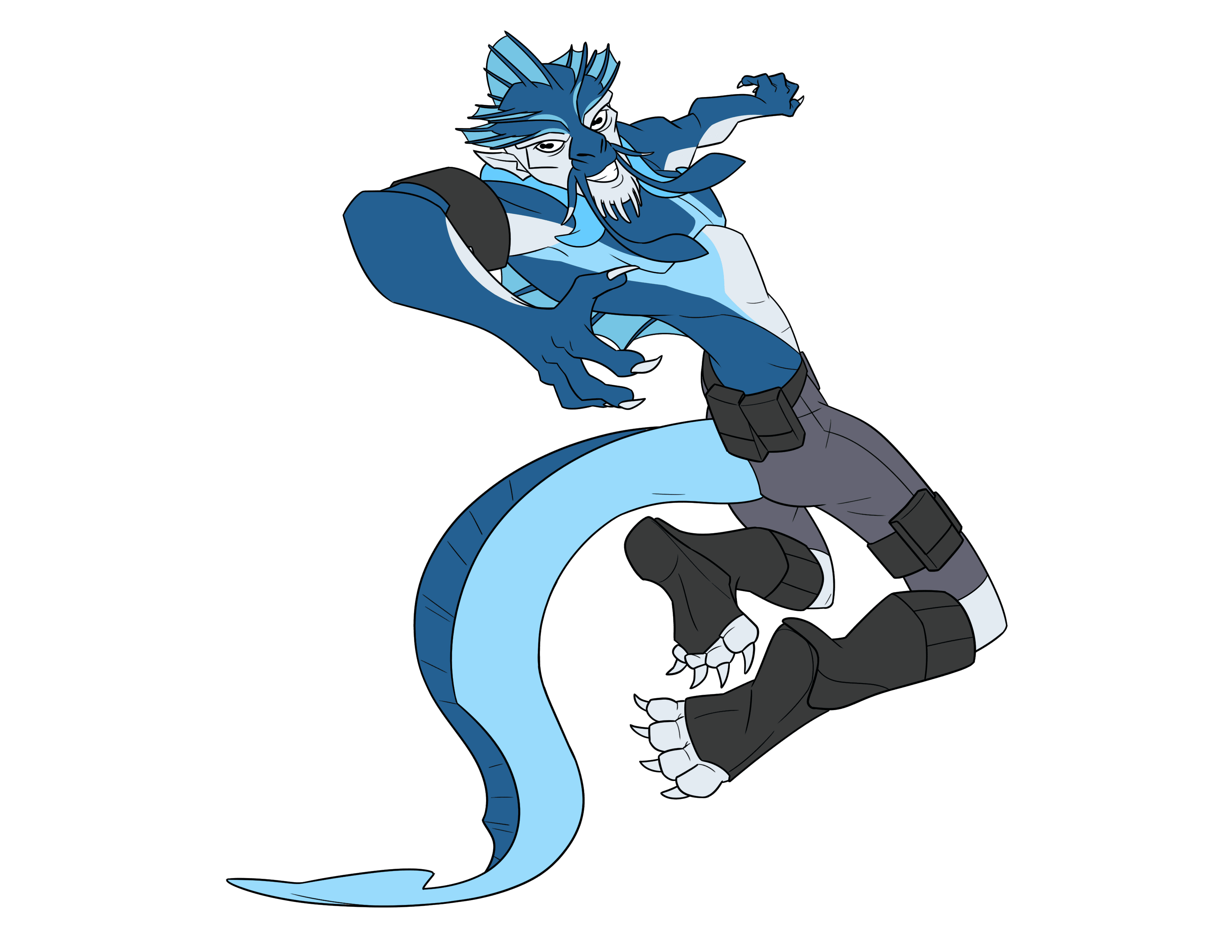 Alter Nation extends far beyond the animated series, with toys and, of the course, the comic book series from Tim Seeley, which I thought was just amazing.

He’s great! I wanted to know, in terms of keeping everything straight canon-wise, so it doesn’t contradict?

R: We got feedback from everybody that submitted stories, and we always try to be open. We don’t want to dictate everything. If it’s something that doesn’t contradict [anything], we’ll actually explore that, but so far, if they come to us, we’ll say, “Oh, well, we can’t do that because we’re doing that in a later episode,” or, “That would contradict something that we’ve already done.” We kind of let them know, but like I said, we give them leeway when we can because we don’t want to stifle experienced writers’ creativity.

What made you choose to work with Dark Horse Digital?

R: Well, they’re one of the biggest; they’re one of the best. They really loved the concept, and they got it. Tim Seeley’s been great. He’s into Masters of the Universe type stuff, so it really resonated with him. That’s important to us, that people who work on the story kind of understand what we’re doing, and they do.

C: We’ve been very fortunate that, thus far, all of the partnerships that we’ve created have been with people who are equally as passionate about the IP as we are and understand what we are trying to do – that we aren’t just making some kind of cash grab, that we aren’t just trying to print plastic off a license. What we want is to grab the imagination of children and give them something they can run with – just like we did 20, 30 years ago – and give them something new, so they’re not playing with Granddad’s toys and get to have ownership of this and carry it on into the future.

Is there an overall story planned for the characters?

C:  [Laughs] We’re not telling. There is 100 percent a plan, but everything is malleable, so we’ve got a really, really great writing team, both in the comics and the animated section. And so, if they get a really good idea, we’re not going to let a dictated plan derail them. However, there is a direction we’d like to see everything go.

What makes Alter Nation standout from other IP today?

R: I think that the style is different. We purposely got away from the cartoony look and the stripped down, streamlined character design style that you see in most kids IP today. And that was because, again, the kids gave us feedback. When we showed them the [designs that ran] whole gamut of cartoony to realism, they gravitated towards realism that was kind of creepy and unique. and I think the tone is very different too. We’re not talking down to kids. While we’re also not looking to propagandize to them, we still keep a very educated story tone and [ethical] questions about what’s going on in science, things like that, with cloning, or genetic manipulation. And so those are the two things that really stand out.

What’s something you learned on this project that you will take with you to your next?

R: We learned quite a bit. We had to basically learn everything about the production process. What we would do differently is, we would streamline the design and development for the next set of characters based on what we learned; learn more about digital sculpting and things like that, and models and prototype development that would make the process cheaper and faster.

Are you looking to carry this over to other projects outside of Alter Nation?

C: Absolutely, yeah, we would like to be the full gamut of kids programs. It all depends on what the kids tell us and where we think we can find a different niche in the kids market where, if we were to go into that category, here’s what we can bring that no one else is.

What is the very next project you guys are working on?

R: It’s still kind of up in the air. We have two different concepts we’re testing with kids and parents right now.

C: Technically, if we’re being really technical about it, the next one is Alter Nation Phase II, which is the release of Bomber and Alpha, which are two new deluxe figures that will be out in 2020, as well as our collectables line for Alter Nation, which are animal test creatures, to see how the different combinations of animal powers go together. And they come in a blind pack, so you can collect them, but they also integrate with the six-inch figures. Even the packaging we created turned into an accessory to use with your Alter Nation toys, so that’s technically what’s up next.

You mentioned the parents. I’m curious what impact they had on what you guys created.

R: We tested a lot with moms about what the price would be. It was more of like, since they had the buying power a lot of [the] time, we wanted to get that information. Like, what would impact their decision to buy.  Do you remember anything else Curtis?

C: The biggest thing I remember was just making sure we were hitting the price point, the net value level that the parents were looking for in comparison to features and accessories. If it was up to us, they’d each have about 12 more features, and they’d all have lights and sounds, and there would be all these things. But when it came down to it, you just can’t do that and not have a toy at 100 dollars a unit, so it was nice to help guide our hands with what people would be willing to spend for them.

R: Going forward with parents and what we intend to work with them on is, you can’t get a lot of really good answers from kids under 7. That’s the age that you’re not getting reliable data from them. So when we do toys for preschool age or things like that, that’s when it will be 100 percent the parents that we talk to. Kids at that age kind of like everything, or arbitrarily don’t.

What’s the ultimate goal with the franchise?

R: For the franchise? Multimedia – just as big as any other action hero franchise for kids. We’d like to do video games, mobile apps, cartoons and backpacks, T-shirts, the whole thing.

Are there talks for a movie, or is that nebulous at this point?

C: We view this as a longer-term project. We don’t want it to be a one-and-done story kind of thing. Ideally, this is something that carries on in the tradition of something like Star Wars Rebels or Clone Wars, and Young Justice, or Justice League Unlimited. There are lots of stories to tell with these guys, and we purposely built in a lot of secrets and discoveries and mysteries that you’ll be able to follow up on. So I think series is gonna be the way this goes, and if we do do a movie, it would be after a couple seasons so we can really have that movie be something big. I can’t say what that [would] be; maybe space dragons coming down. I don’t know, but it would have to be a pretty big reveal to make us be like, “Let’s do a movie. Let’s do an hour and a half.”

What networks are you looking at for the animated series?

C: We can’t say. We’re in negotiations right now, so we can’t show our cards at the moment. They are majorly recognizable streaming services.

We’d like to thank Mr.Magnon and Mr. Andersen for their time. Alter Nation’s webisodes premiered on November 6th and will continue every Wednesday on the Alter Nation YouTube Channel, with an omnibus episode running prior to Christmas. We will keep you updated on the future of this exciting new IP!