Netflix has risen through the television and movie industry by working with creatives in a way that few other networks have been able to match. The latest benefactor of this collaborative spirit is Rim of the World, an Amblin-style film that postulates what the modern generation of kids would do if the world suffered an alien invasion, directed by McG and produced and written by Zack Stentz. Stentz is one of the writers of the Marvel films Thor and X-Men: First Class, as well as a writer and producer on TV shows The Flash, Fringe, and Terminator: The Sarah Connor Chronicles, and a writer on Andromeda. Geeks + Gamers is pleased to welcome Zack Stentz to discuss his new, inventive take on a well-loved genre!

What was the genesis of Rim of the World?

Rim of the World began with my thinking back in early 2016 that no one was making adventure movies that centered [on] kid and teen protagonists like the ones I grew up with, and that I wanted to make something that would resonate with modern kids the way that films like E.T., The Goonies and Stand By Me spoke to me as a kid. While coming home from dropping off my kids at summer camp up on Rim of the World Highway in the San Bernardino mountains, I looked down on the 75 miles of the LA basin spread out in front of me & imagined what it would be like if it were a war zone, with kids from the camp having to head into it. The entire script grew out of that image.

What were some of the moments over the course of the production that stood out to you?

There were so many memorable moments during production! A black bear wandering across set in Mammoth Lakes. Night after night spent in a creepy abandoned mental health facility out in Pomona, with cockroaches and ants running over my feet. Accidentally blowing out the windows of New York street in Universal Studios from a too-big explosion. Andrew Bachelor and Benji Flores goofing on each other and doing hilarious, filthy improv we couldn’t use during the summer camp scenes.

The premise of the movie sounds very Spielbergian in nature. What separates it from movies such as Super8 or TV series such as Netflix’s own Stranger Things?

While Rim of the World is definitely a love letter to the Amblin films of my youth, I very consciously chose to set it in the present day, not the 1980s, because I was interested in what a kids’ adventure looks like in 2019, not filtered through a lens of nostalgia. Can kids in the age of smart phones, GPS and helicopter parenting be as smart and plucky as a gang of 1980s free range kids? That’s a big theme in Rim of the World, which you don’t see in any of the 80s-set homages to Amblin.

Several creatives have discussed what makes Netflix such a fruitful collaboration. From your perspective, what is it about the company that makes them stand out in the industry?

Two things really stand out to me about Netflix. First, once they approve a script, they don’t develop it to death, but actually go make the film. Second, they’re interested in areas of the market that the studios have pretty much abandoned – movies with kid protagonists, original films, rom coms, mid-budget films, etc. I feel like Netflix and the other streamers are where films that aren’t superhero tentpoles, low-budget horror, or Oscar bait are going to live.

I found the collaboration to be a real pleasure. It felt like a real give and take of equals, and McG was really respectful of my original vision for the script even while putting his own distinctive stamp on the material and filtering it through his own voice as an artist. I think the finished product is reflective of both of our voices, and better for it.

What lessons from past projects proved valuable on Rim of the World? What lessons did you learn on this one that you’ll be carrying forward to your next project?

The best lessons I learned for ROTW were from genre television, where you are trained to deliver drama and spectacle and world building on a modest budget, by focusing on the characters and using spectacle and action in strategic places. I learned so much about filmmaking from watching McG, Shane the DP and the rest of the crew work, and it kind of gave me the bug to direct in the future.

Having been a co-writer on both Thor and X-Men: First Class, what do you think will be the legacy of the X-Men franchise at Fox, and what do you hope we get from the MCU iteration? Would you be interested in being involved in the latter?

The X-Men franchise (along with the Raimi Spider-Man films) really ushered in the age of the modern superhero film with a grounded tone that really paved the way for the MCU. The series produced some duds but also some gems that stand with the best of the genre. And if Feige picked up the phone, you bet I’d go back to the X-Men in a heartbeat. There are so many wonderful stories with those characters yet to be told.

What projects do you have coming up next?

Next up is [an] animated show I developed for Netflix, Dreamworks and Universal that I can’t announce yet but am very excited about. After that is an original science fiction/political drama I’m developing with Greg Berlanti and Warner Bros. And hopefully a Rim of the World sequel will be in there if enough people watch it!

We’d like to thank Mr. Stentz for taking the time to answer our questions, and we look forward to watching Rim of the World on Netflix! 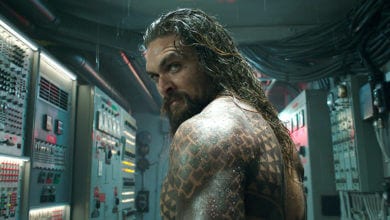 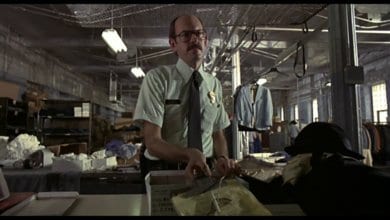 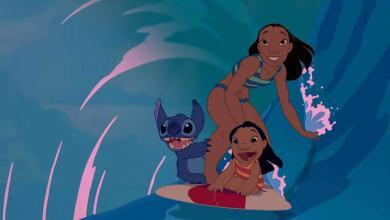 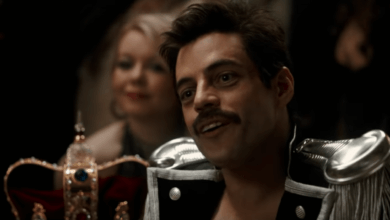