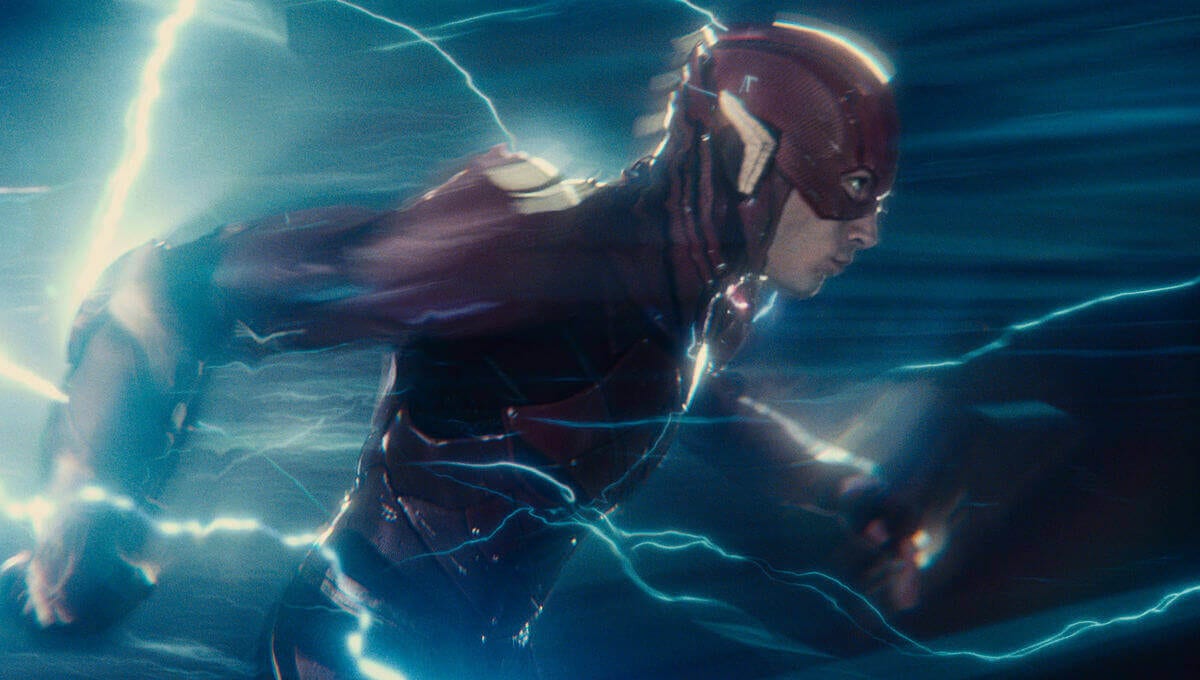 Almost as an aside in an announcement that he will be directing a remake of The Howling (or, I guess, just a different adaptation of the book), It director Andy Muschietti gave a small insight into his Flash movie while he moderated a panel following a press screening of the new horror film Underwater. While it will be adapting the comic book storyline Flashpoint, as has long been the case, Muschietti told That Hashtag Show that it will be a “different version of Flashpoint than you’re expecting.” That’s a vague statement that could mean almost anything, but it seems like an invitation for comic book fans to temper their expectations. Muschietti’s Flash film is set to open on July 1, 2022, and will have Ezra Miller return as the superfast superhero.

I’ve been so out of the loop on this movie that I wasn’t aware Andy Muschietti was directing it (this week, anyway). He almost makes me take an interest, as I loved his version of It. Otherwise, I don’t care; I hated Justice League almost as much as I hated Batman v Superman: Dawn of Justice, and I thought Ezra Miller was terrible as Barry Allen. This version of The Flash feels more like a sidekick than a hero in his own right, with every effort was made to cast him as the goofy comic relief rather than a capable member of the team. It didn’t help that the jokes were lame, and none of them landed. (“I push people, then I run away.” Did a single human being laugh at that?) I didn’t care for the way his super-speed was depicted either, with those strange images of him waving his arms as he ran; I imagine the intent was for it to resemble a comic book panel, but he ended up just looking like he was throwing a discus very slowly. As far as Flashpoint goes, many saw that storyline as a way for the DCEU to course-correct from its disastrous first act; the comic book event led to the New 52, a restructuring of the DC Universe, so bringing this to the movies would have been a fine excuse to keep what worked (Wonder Woman) and change what didn’t (all the things that weren’t Wonder Woman). Muschietti saying that their version of Flashpoint will be different could mean a few things. First off, I doubt it will be as epic as the comic book, as that would require more money than Warner Bros. will probably want to invest in this after Justice League underperformed with Superman, Batman, and Wonder Woman all sharing the screen. This isn’t necessarily a deal-breaker; Captain America: Civil War was a much smaller-scale story than its comic book counterpart, but it managed to be an effective, character-building movie that changed the MCU and offered a grayer moral conundrum than the print version (though I think it’s pretty clear Cap was right, particularly considering what followed the movie). But people were aware of the MCU’s limitations going in; Warner Bros. has all the DC characters at their disposal, so they could make a faithful – and faithfully epic – adaptation if they wanted to do so. Also, the public perception of the DCEU isn’t what it once was; aside from Wonder Woman, Aquaman and Shazam! were both financially successful and generally well-received by fans and critics, and while Joker isn’t technically part of the DCEU, it’s massive success and wide appeal can only help the brand. Maybe Warner Bros. isn’t keen to wipe its slate clean anymore, assuming it ever was. Regardless of how it goes, I’m sure it’ll generate plenty of discussion if it ever actually happens.

What do you think of Andy Muschietti’s tease? Are you excited to see some version of Flashpoint on the big screen? Do you think we’ll all end up being better off just watching Flashpoint Paradox again? Let us know in the comments and stay tuned to Geeks + Gamers for more superhero movie news!

This line killed me, because of how true it is, “keep what worked (Wonder Woman) and change what didn’t (all the things that weren’t Wonder Woman).” Even with the Flash being my favorite DC hero, I could not be less excited about this film. Justice League was dull and felt like they were trying to do Marvel’s The Avengers (tried and failed), and BvS was abysmal. Ezra Miller’s Barry Allen (in name only) was the worst part of JL for me by far and I don’t see myself paying to see be a trash version of the character throughout an entire movie again. Maybe FX with commercials.

The only funny thing about this Flash is watching his movie keep falling apart.