Home  /  Social  /  Jeremy Fighting on the Frontlines with Drew Hernandez

Jeremy Fighting on the Frontlines with Drew Hernandez 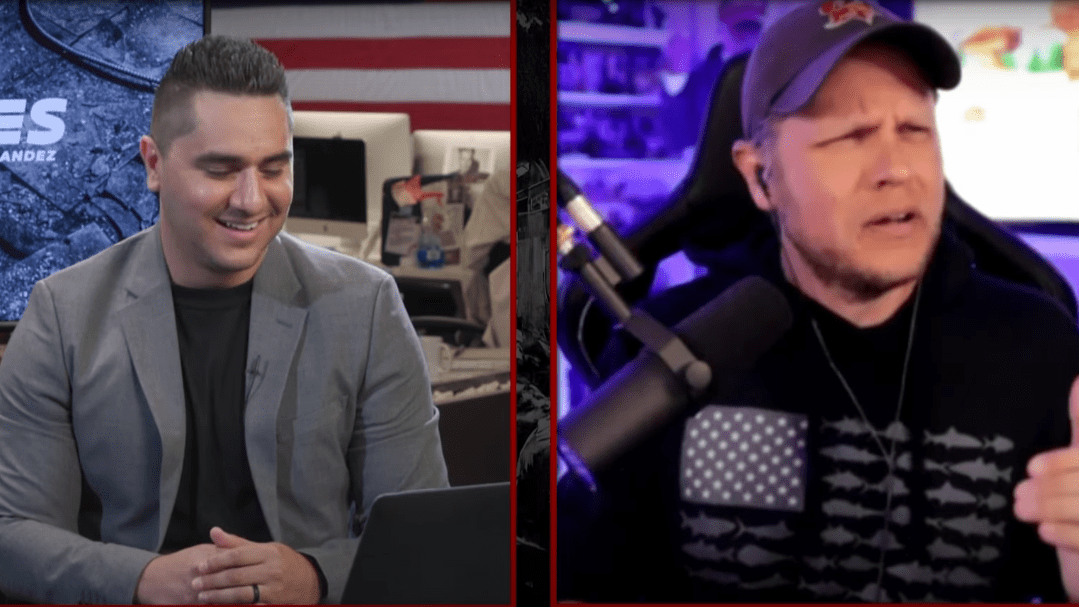 The backlash to Disney Star Wars’ Kenobi series has been felt far and wide, reaching beyond merely the realms of entertainment. This backlash is driven by the fans’ aversion to the canon-destroying nature of Kenobi, as well as the infection of woke politics that has uprooted any possibility of quality or creative integrity in this abysmal show. This is not the first time that Disney has come under scrutiny by both the defenders of the true Star Wars franchise and those supporting basic human dignities. From the Florida debacle, shrinking Finn on a poster for China, the firing of Gina Carano, the abandonment of Rosario Dawson, the Mulan scandal, to crying racism with Moses Ingram for Kenobi, the corruption and hypocrisy of Disney is well known.

The devious cancer of wokeness that has infected the once pure Disney will not be ignored by Jeremy, leader and founder of Geeks + Gamers, nor by Drew Hernandez, host of Turning Point USA’s Frontlines. These two powerhouses in the fight against woke Disney united yesterday to discuss the depths of depravity to which Kenobi has sunk.

Below is a collection of the most poignant quotes from this groundbreaking interview.

“For all my Star Wars fans out there, trust me, I feel your pain. I feel your pain. . . Ever since the Sequel Trilogy, the train wreck of the Sequel Trilogy, everything coming out from Disney Star Wars on Disney+ or the big movies in Hollywood has been an absolute train wreck, not just because they suck but because of this woke LGBTIQ agenda that they’re just pumping. This, ‘anti-racist!’ It’s not anti-racist. It’s engineered racism. They accuse everyone of being racist. They just pump this narrative in all of their content, and not just Star Wars, but people are sick of it.” -Drew

“This Obi-wan Kenobi series is a disaster. It’s not surprising. . . It is objectively a horrific series in every possible way, and seeing how they tried to get out in front of this because of the racist accusations for the fans started before the series even released. Lucasfilm put feelers out there saying they were warning Moses Ingram that she might be facing racist backlash from the fanbase just before it even released because they knew the criticism was going to be hot and heavy, because she’s not doing a good job in the show, and the show is just terrible altogether.” -Jeremy

If the series’ writers do not even bother to watch the movies in the franchise and instead prioritize diversity and inclusion above good storytelling, why should the fans give them the time of day? Asking this rather innocuous question often leads to heinous accusations of racism, sexism, and Nazism that do not befit the inquiry. Jeremy has the perfect response for when these baseless accusations are hurled in his direction:

“I’m at a point right now where I just don’t care anymore, like these people are gonna call me whatever they’re gonna call me, and I just don’t care. They could call me all the names in the book. This isn’t about making a great movie that’s in line with the story, that’s in line with the fandom. This is about pushing this agenda to just screw everyone that doesn’t agree with them. It’s about submission and getting you to bow down to their agenda.” -Drew

The meeting of these two juggernauts on the frontlines of the culture war is a must-see for anyone who has become disenfranchised with Kenobi, Hollywood, or the state of culture as a whole. They are going to keep up the good fight to defend our favorite franchises and our culture from the woke virus, but they cannot do it alone. Only the collective voices of the fans decrying the treatment of their beloved franchises can hope to sway the vast empire of Disney to turn from the Dark Side for the good of all, as Vader did in Return of the Jedi. The fans must be the Luke to Disney’s Vader. Only then can real change happen.