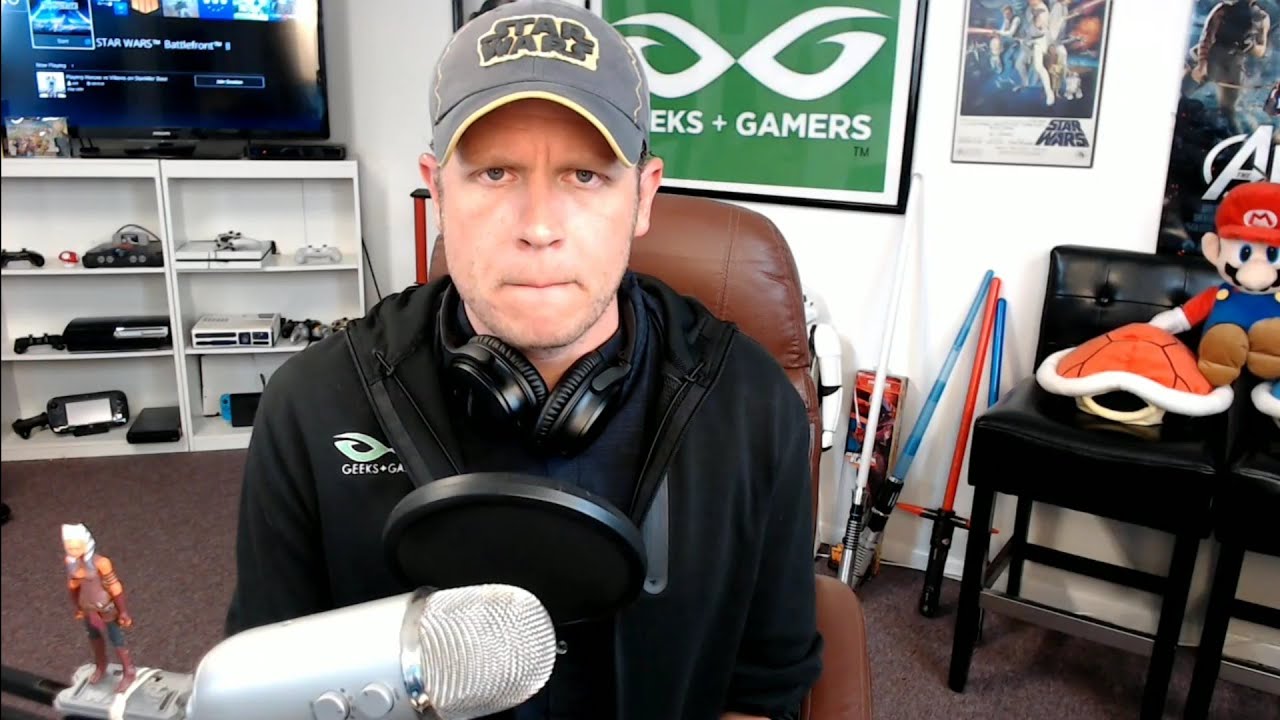 I’m kidding, but they did get Jeremy into a quagmire (which he somehow managed to navigate).

Three days ago, G4TV – sworn enemy of male gamers everywhere – tweeted an image asking their followers to name the best villain of all time. Above the image, they wrote, “gina doesn’t count.” [sp]

Ryan and 3PO assumed they meant Gina Carano, who appeared as Cara Dune on Star Wars series The Mandalorian until Disney fired her for reading 1984 and thinking Big Brother was the bad guy – sorry, I mean sharing a controversial image. So they retweeted G4 and spoke out in support of Gina, who is a good friend to them and Geeks + Gamers. Jeremy saw their tweets and followed suit with his own message:

Gina has them so upset. We're going to CRUSH these pathetic mainstream gaming sites and they know it. https://t.co/Q9GMwyxPXk

He also commented on the G4 tweet with a picture of himself and Gina Carano, which ratioed G4.

The problem is, the G4 tweet wasn’t referring to Gina Carano; the Gina in the tweet is Gina Darling, the co-host of G4’s Attack of the Show, who tweeted about the misunderstanding:

Ok so there are idiots out there that think this is referring to Gina Carano and now they got their panties in a bunch LMAOOOOO I can’t. The jokes write themselves https://t.co/pkfVF3k98u

Ryan and 3PO immediately deleted their retweets once they realized their mistake. But Jeremy didn’t. In fact, he doubled down… and tripled down:

I apologize for nothing. I said what I said

Even though I was wrong about the Gina they were talking about, this tweet is still going to ratio them because they're garbage 😅 https://t.co/sftNRiM9ix

He also had a quick back and forth with Gina Darling about the mix-up, beginning with a Thanos-style quote tweet of Darling’s response:

I didn't know you existed until this happened.

This, hysterically, led to G4 seemingly taking this seriously and making sure whoever follows them knows who the host of their show is:

Finally, a couple of gracious tweets from Jeremy and Gina Darling put the squabble to bed.

To be honest, I didn’t know who you were either. I’m just replying to the tweets on OP and yours was there. Just like how I’m responding to a bunch of others. Not singling you out. No disrespect meant. And if we’re not your cup o’ tea. That’s ok. Can’t win em all :)

Hahah all good. It gave me a good laugh ahahha ☺️

In the end, everyone is cool, and a good laugh was had by all – except Ryan and 3PO, who are totally fired.