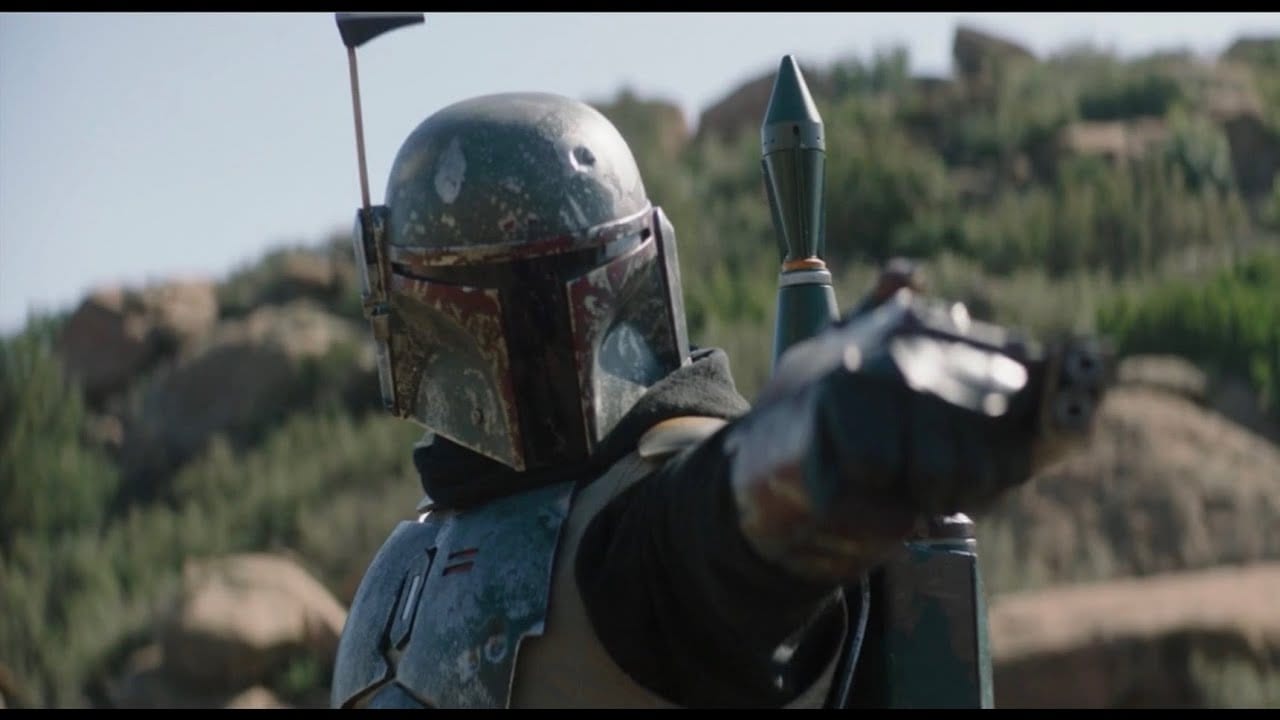 *SPOILERS FOR THE MANDALORIAN FINALE*

On Monday, Jon Favreau appeared on Good Morning America to expand on The Mandalorian’s post-credits scene. In the clip, Boba Fett (Temuera Morrison) kills Bib Fortuna and assumes Jabba the Hutt’s former throne on Tattooine, Ming-Na Wen’s Fennec Shand at his side. This gives way to a revelation that sent waves of excitement and confusion through the Star Wars fan community: “The Book of Boba Fett, coming December 2021.” This caused debate about whether this would be a new, previously unannounced Star Wars series joining the already brimming slate. Conversely, some claimed, The Mandalorian‘s story could be over, with Boba seizing his place at the show’s center. Favreau’s comments mainly clarify that this is a separate series and will not replace or interfere with The Mandalorian Season 3. He also reveals that Boba Fett is in production right now, with The Mandalorian Season 3 to immediately start filming following its completion. The Book of Boba Fett will star Temuera Morrison and Ming-Na Wen, with Jon Favreau, Dave Filoni and Robert Rodriguez producing.

Overall, I’m not really surprised by these statements. When I saw the scene and title card in question, I assumed this would be another Star Wars series that was hidden from the investor’s meeting for some reason. It actually didn’t occur to me that this could or would be a change of direction in The Mandalorian until I later heard speculation. Even then, I didn’t think they’d seriously be stupid enough to do away with this immensely popular show’s title character. Sure, Boba Fett has long been a fan favorite. But this would be a betrayal of this show’s fans, and it would smack of the fanservice people are so readily willing to complain about. Some of those complaints are more valid than others, but that’s neither here nor there. While I’m more excited for The Bad Batch, Ahsoka, Obi-Wan, and Rangers of the New Republic, I will, in all likelihood, watch Boba Fett. He’s not one of my favorite Star Wars characters, but his appearances in The Mandalorian are actually my favorites I’ve seen this far. I’m overall encouraged and excited by Filoni and Favreau’s Star Wars TV universe, even if some of the shows sound more promising than others. I’ll give The Book of Boba Fett a fair shake, just like the other series announced.

I bet if they do a Boba Fett series it will center on Ming na and Boba Fett is gonna be sidelined in his own show. Cause Boba Fett in The Mandalorian I felt was being sidelined already by Ming Na in the show and seemed to do as she said and her having more screen time than him.

I don’t think I am gonna look forward to The Book of Boba Fett which will only Mad Max Fury Road him.