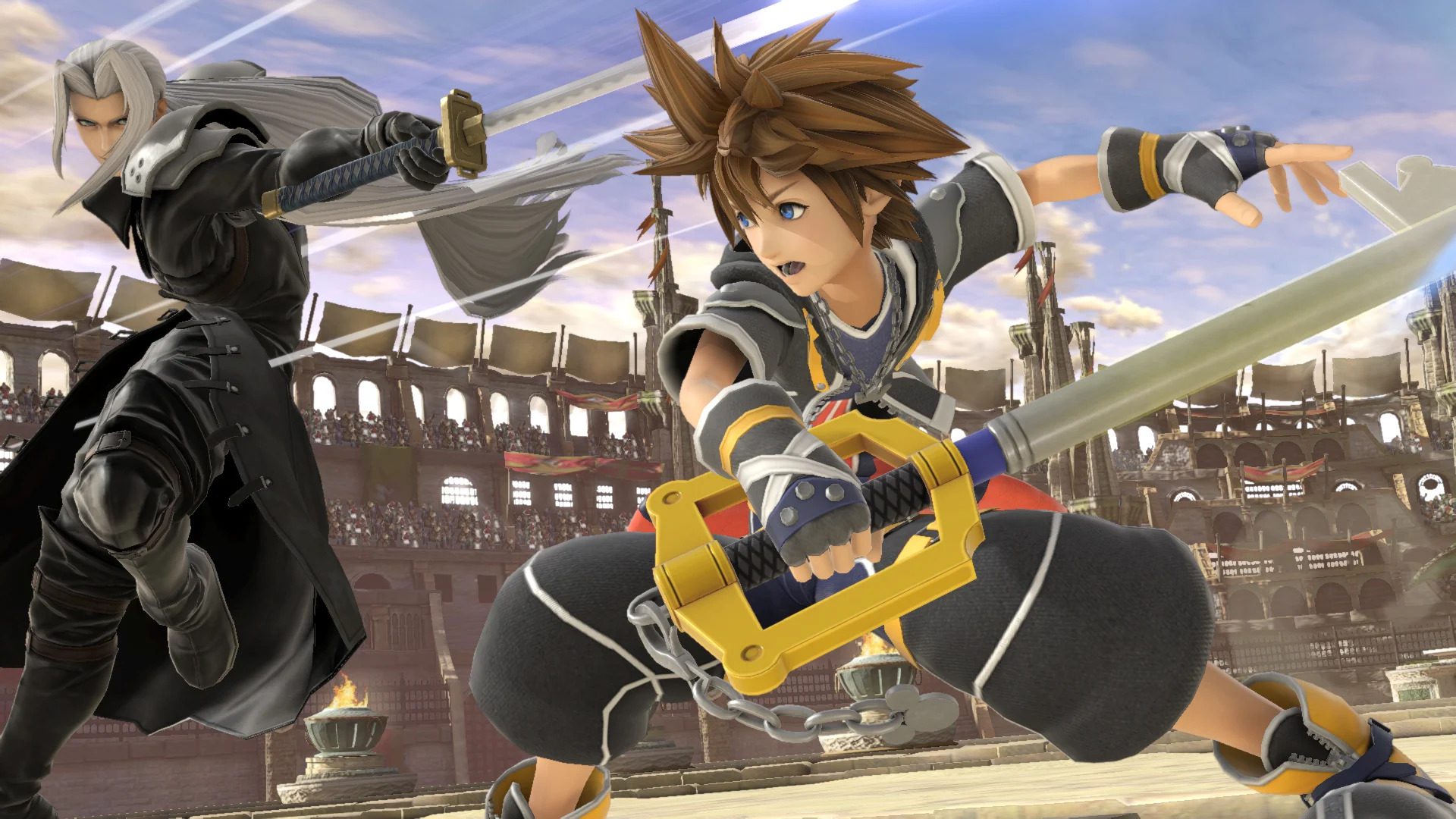 The final character to be added to the Nintendo Switch’s 3rd best-selling game on the platform, Super Smash Bros. Ultimate, will be Sora from the Kingdom Hearts franchise.

When Nintendo ran a Smash Bros. fighter ballot in 2015 (to poll the audience for the DLC characters for Super Smash Bros. for the Wii U and 3DS), Masahiro Sakurai, the creator of the series, said that Sora finished at or near the top of the poll, hence his inclusion as the final fighter to be a part of “Challenger Pack 2.” Alongside his stage, Hollow Bastion, Sora will release on October 18th. Check out the 40-minute demonstration below.

There was plenty of Smash-centric news in addition to the announcement. Additional “Mii Fighter costumes” will be a part of the DLC drop, such as Doom Slayer from Doom and an Octoling wig and Judd the Cat hat from Splatoon.

In anticipation of Kingdom Hearts’ 20th anniversary next year (Kingdom Hearts 1 was released March 28th, 2002, in Japan, September 17th in North America, and November 15th in Europe), multiple releases from the convoluted franchise are making their way to the Switch.

Also, this winter, Kingdom Hearts Dark Road will be released. All of these announcements have no current timetable, so if you don’t have literally any other platform at this point, you can play a superior version of the incoming ports… that won’t have to rely on Nintendo’s wonky online servers. YES, that’s what they mean by “Cloud Version.” These will not be available to download, so you will have to be connected to the internet at all times to play these games on the go. Well, don’t go too far in reality.