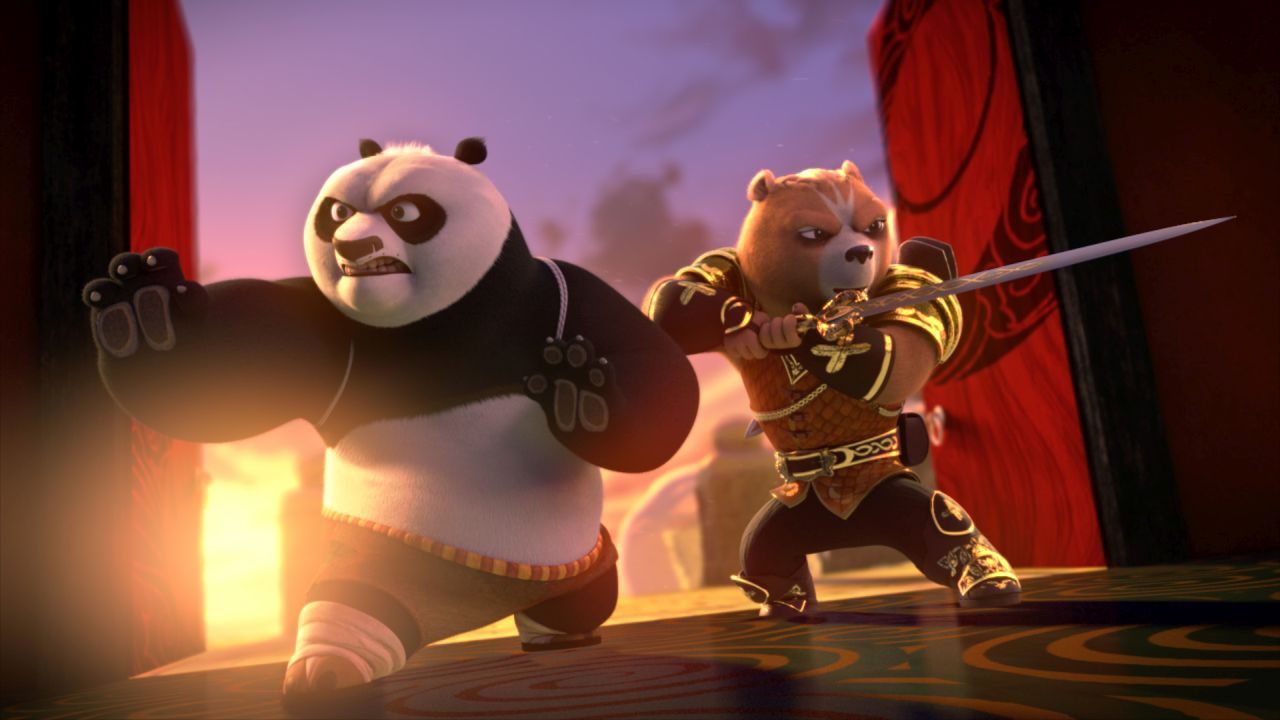 Today, Netflix released the first trailer for Kung Fu Panda: The Dragon Knight, the franchise’s next spin-off TV show. The film series previously inspired the spin-off Amazon Prime series Legends of Awesomeness (2011) and Paws of Fury (2018), but Dragon Knight will be the first show to feature Jack Black. Previously Black portrayed Po the panda in the three theatrical movies and their included short films, but nothing else. Dragon Knight is also notable for being a Netflix production rather than Amazon Prime. Check out the latest trailer here:

I don’t think this trailer looks very good. The dialogue is cheesy and unfunny, and the new English characters are annoying. Their accents seem forced, but I’m willing to wait and see how they come across in action. Speaking of action, the animation looks really good! It’s not theater-quality, which I would hardly expect from a DreamWorks TV spin-off. But Po looks much better here than in his other shows, and the backgrounds and side characters look detailed. Between that and Jack Black returning to voice Po, I’m intrigued. I don’t expect The Dragon Knight to be as good as the original movie; even the second movie, which is pretty good, isn’t that good. But I might check this one out! I really hope we get to see some of the other masters from the movies, especially Shifu; he’s my favorite character aside from Po.

Are you going to watch The Dragon Knight? What’s your favorite Kung Fu Panda movie? Let us know in the comments!