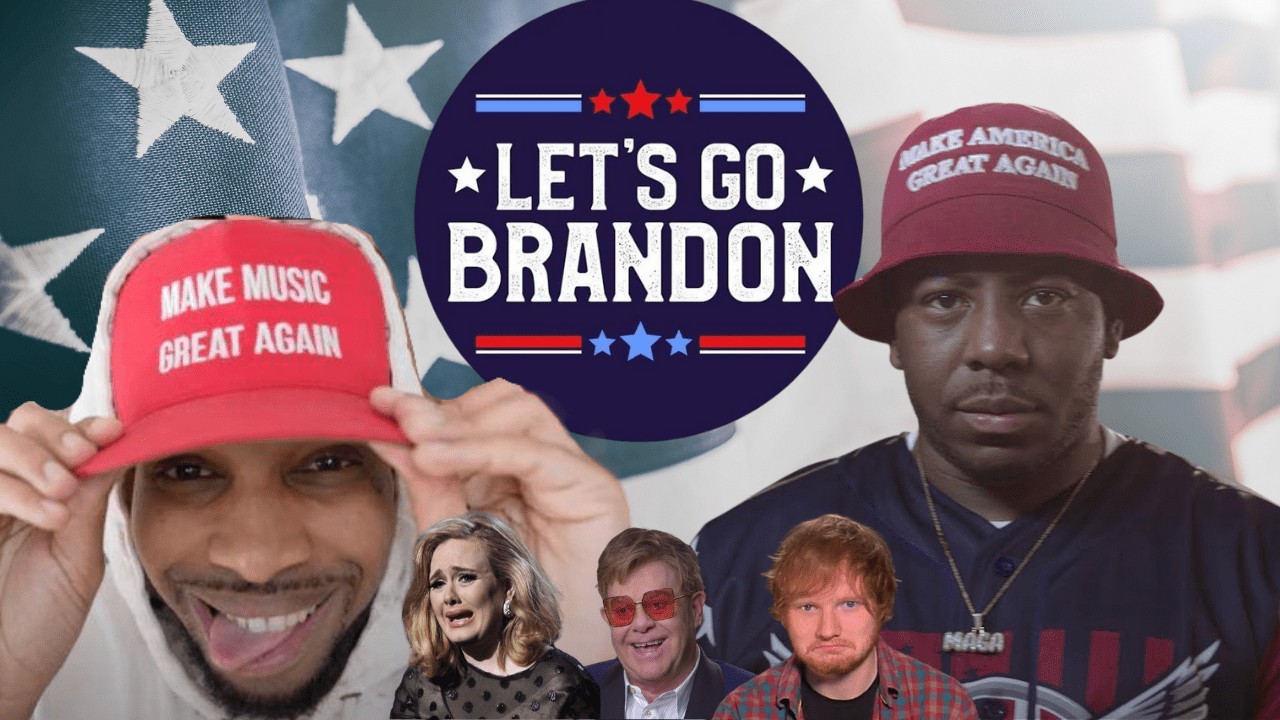 iTunes Top 10 USA charts seem to be incredibly unified in their messaging. 3 of the Top 5 and 4 of the Top 10 are all about cheering on everyone’s favorite NASCAR driver, Brandon Brown. Or perhaps, it’s the meme that refuses to quit: Fuck Joe Biden. 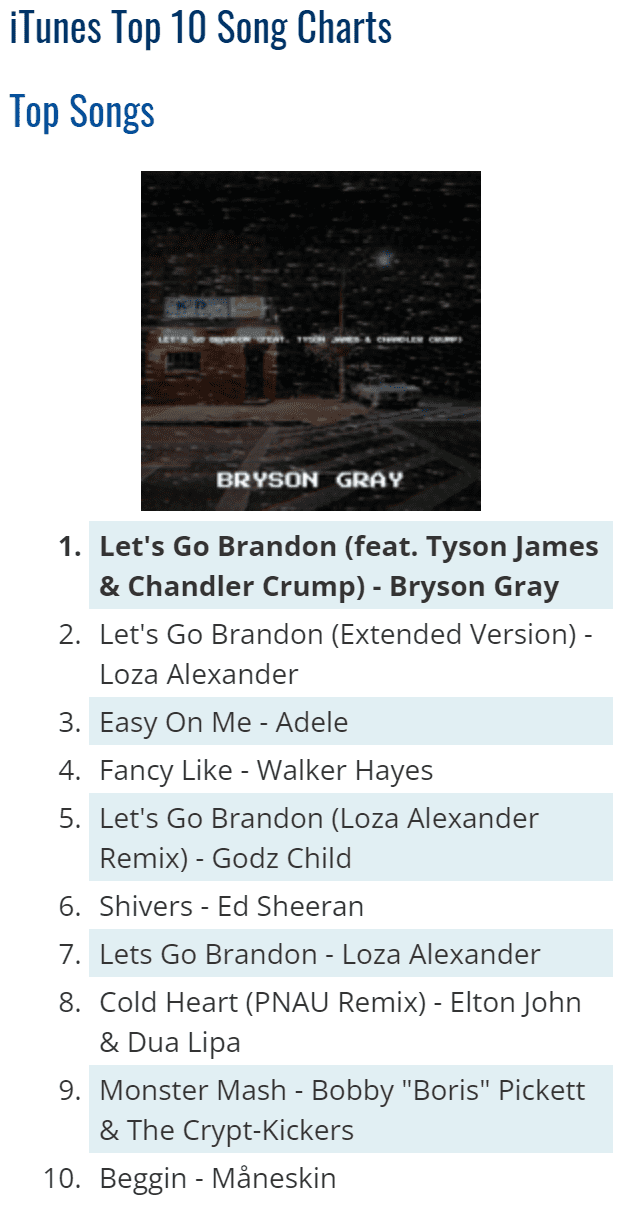 While you can still get the different versions of Loza Alexander’s chart-topping song, Bryson’s #1 hit was taken off of YouTube via the nebulous categorization of “Medical Misinformation.” Even with all of that, it’s still at the top. You love to see it.

In case you need a refresher, Let’s Go Brandon started when Brandon Brown won his first race at Talladega Superspeedway, and during an interview with an NBC sports reporter, the chant of many sporting events broke out. Noting something stirring in the audience, the reporter (purposefully) mistook the “Fuck Joe Biden” chant to be “Let’s Go Brandon,” and a legend was born. It’s reached a point where even the 45th President of the United States, Donald Trump, is offering a t-shirt with the slogan emblazoned on it for a campaign donation of $45. Memes on memes.