Little Shop of Horrors Returning to the Screen With Scarjo 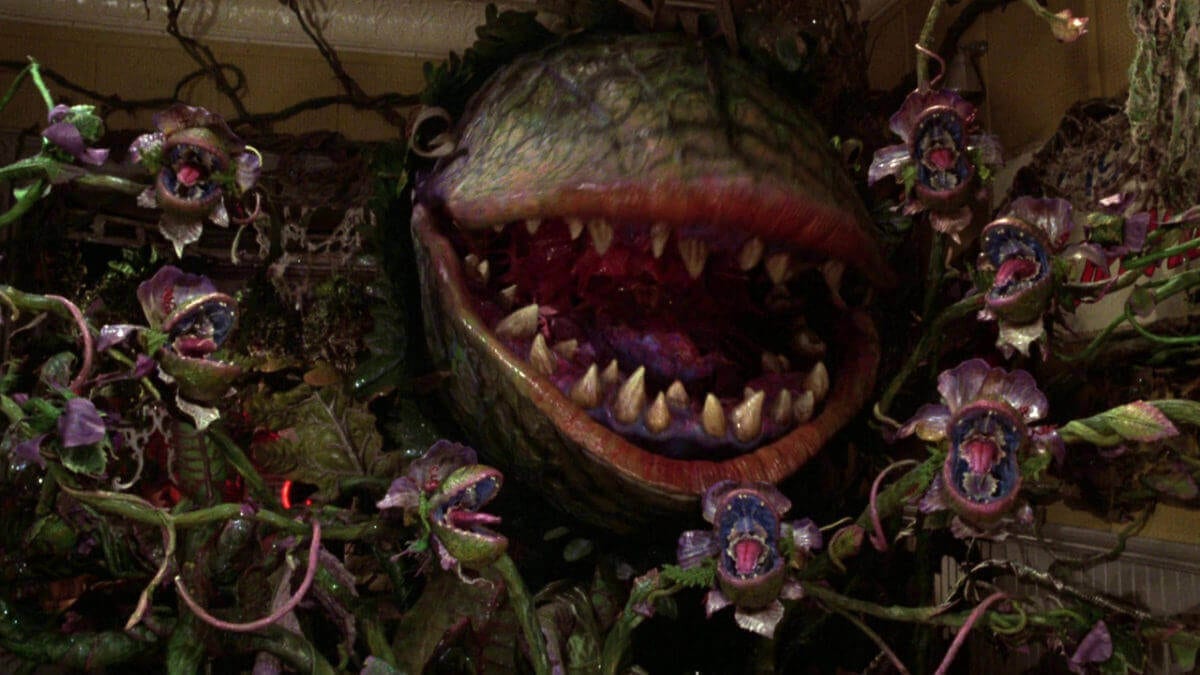 Hollywood is headed to Skid Row once again, as casting is underway for a new version of Little Shop of Horrors. Full Circle Cinema exclusively reported that Academy Award nominee Taron Egerton is up for the lead role of Seymour Krelborn. Soon after, Jeff Sneider of Collider tweeted that Egerton’s fellow Oscar nominee, Scarlett Johansson, has been offered the part of Audrey, with theater veteran Billy Porter being sought to play the man-eating plant Audrey II, whom he also portrayed on stage. Little Shop of Horrors began as an Off-Off-Broadway play (loosely adapted from a 1960 movie called The Little Shop of Horrors) in 1982 before graduating to Off-Broadway, where it remained for five years. In 1986, it was adapted as a movie directed by Frank Oz and starring Rick Moranis as Seymour and Ellen Greene – who originated the role in the theater production – as Audrey, with Steve Martin as Audrey’s jerky dentist boyfriend. There have been a bunch of stage revivals since 2004 (my research for this piece tells me there’s one playing this year in New York City, something I’ll have to investigate further), but on film, the 80s movie has stood on its own till now.

I’m excited about this. I’m as sick of remakes as everyone else, but it’s the world we live in, and Little Shop of Horrors is a better candidate than many other sure-to-be –announced classics. I love the first movie, but I see this as more of a revival than desecrating sacred ground. I’m also completely on board with the casting, should these two take the parts. Egerton is currently nominated for an Oscar for his role in a musical, and I can see him adopting the sort of goofy, awkward persona that befits Seymour. Johansson, of course, is stunningly gorgeous, as Audrey should be, but she can also both sing and put on a convincing Brooklyn accent; I don’t think she’s ever worked in a flower shop in real life, so there may be some Twitter outrage at her casting, but I’m hopeful that she and the studio will resolve to weather this one. I’m not familiar with Billy Porter, but his resume speaks for itself. Casting actors who can sing in a musical is kind of a novelty these days, but I’m glad they’re going old school with this one.

What do you think about the new Little Shop of Horrors film? Are you happy with the casting? Is it going to devolve into a ham-handed global warming analogy? Let us know in the comments and stick around Geeks + Gamers for more movie news!