Home  /  Movies  /  Looking Back on Scooby-Doo on Zombie Island

Looking Back on Scooby-Doo on Zombie Island 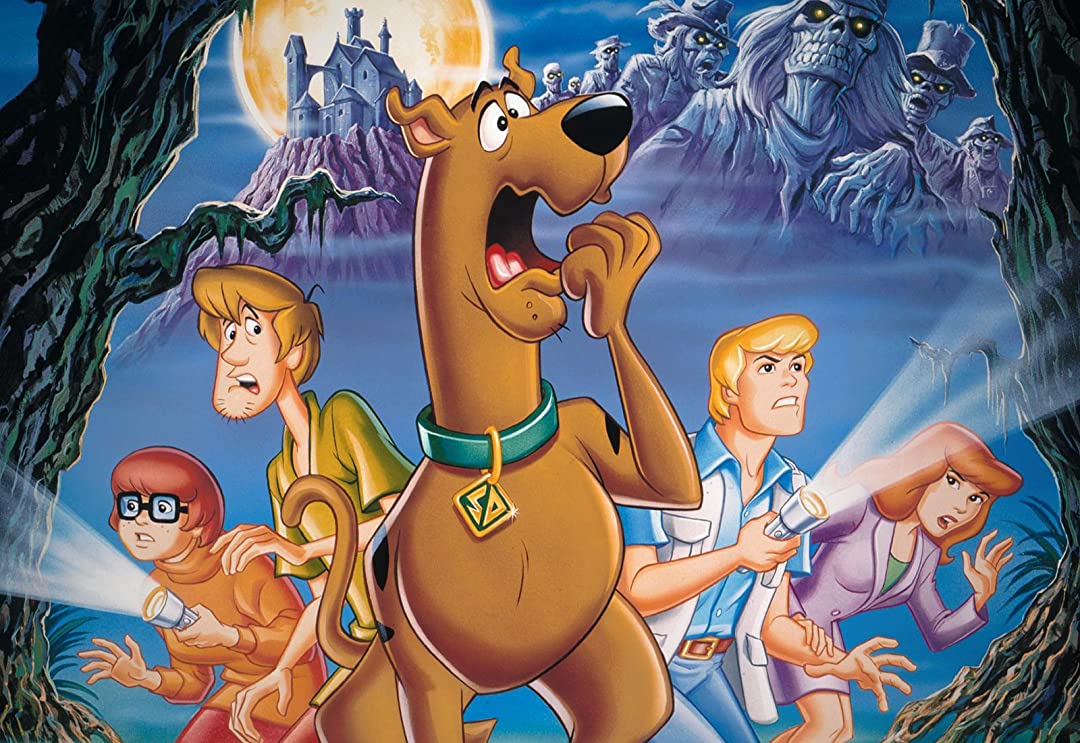 Scooby-Doo has always been an essential part of my viewing habits. However, back in 1998, I started to step away a bit from Mystery Inc. in part thanks to my then-new obsession with Dragon Ball Z. This isn’t to say that I wasn’t a fan anymore, but without a real hook to breathe new life into Scooby and the gang, my tastes started to change a bit. Then, Scooby-Doo on Zombie Island came to home video and, of particular note, Cartoon Theatre. I’ll be exploring what it was about this film that made me want to repeatedly return to Moon Scar Island.

Scooby-Doo on Zombie Island naturally focuses on our beloved Great Dane and Mystery Inc. In it, they come back together to help Daphne film a new segment for her syndicated talk show Coast to Coast with Daphne Blake. She endeavors to find real ghosts, only to be met with the same old bad-guy-in-a-mask cases. That changes when the gang makes their way to Louisiana, where they are invited to the home of Simone Lenoir on Moon Scar Island. Lenoir’s home – a former pepper plantation – is said to be haunted, which excites everyone, save for Shaggy and Scooby. What follows – aside from a fun recurring gag with a fantastic payoff at the end – are several encounters with ghosts and a Confederate general. Hijinks ensue as Daphne tries to uncover the secret of Moon Scar Island, filming along the way.

From my perspective at the time, Scooby-Doo on Zombie Island represented both a reinvigoration and, subsequently, subversion of both the franchise and the formula for which it was well known. Arguably, Daphne could be considered the audience surrogate a bit toward the beginning of the film for long-time viewers. After all, outside of maybe The Thirteen Ghosts, the franchise had perhaps grown a bit rote. The gang gets a case, Fred comes up with a plan, and everyone splits up, with Shaggy and Scooby running for their lives. Scooby-Doo on Zombie Island seemed like the perfect opening salvo for Warner Bros.’s then-nascent direct-to-home video line for the venerable Hanna Barbera characters. What better way to welcome Scooby and the gang back to the screen than with a big, game-changing story? Also, this story was the first time I saw a situation where the gang got separated, but we got to see all of them in different environments. I remember that, with past iterations of the series, we would get some allusions to the character’s lives outside of Mystery Inc., but we’d never get a real moment with them. To me, it was these moments – however brief they might be – that drove home the fact that the mysteries don’t matter as much as their bond.

The same is not necessarily true of the voice actors. New voices are nothing new for the series; look no further than Daphne’s original voice actor Stefanianna Christopherson’s exit after season 1 of Scooby-Doo, Where Are You! or a majority of the cast save for Scooby and Shaggy in A Pup Named Scooby-Doo! By the same token, it was wonderful to see(or, rather, hear) one of the most famous voices return in Frank Welker’s Fred. Little did I realize that Welker’s return for the film wasn’t easy initially, as he worried about whether his voice had changed. Given that he had been a mainstay of the franchise since its inception in 1969, I’m glad he could stay on. Scooby and Shaggy were a different situation, one that speaks to the strength of the voice acting industry. They’re played by Scott Innes and Futurama’s Billy West, respectively. I’m not ashamed to say that, up until five years ago, I had thought Casey Kasem had returned as Shaggy. It’s a testament to West’s work in the film that I wasn’t able to tell the difference. This is something that, in hindsight, is all the odder to me given the fact that, just a short while later, the change in voice actors on Dragon Ball Z stood out to me so much.

Over the years, West had been involved in various Scooby-Doo productions in an “additional voices” capacity, but never as a lead character. I probably wouldn’t have realized it until much later had West stayed on. However, I always feel that it’s best to get original voice actors whenever possible. I feel much the same way about Innes’ work as Scooby. Special mention must also go to Adrienne Barbeau as Simone. When I watched her work during her brief stint on General Hospital, I had no idea who she was. I was incredibly surprised to see she had my favorite Scooby-Doo film on her CV. This is to say nothing of her work on Batman: The Animated Series. It made me view her work here in a different light. Performers like Barbeau, Innes, and West are a true testament to the versatility of voice actors. This group of performers has become more and more under-appreciated as big stars take on these roles. (See: Scoob!) The voice cast aside, the film’s biggest selling point is, without a doubt, the crew.

Major Kudos must go to Mook Animation. This company has worked on many of my favorites, from The Real Adventures of Jonny Quest to X-Men: Evolution. The animation, the set pieces – the opening is of particular note – were fantastic. The story crafted by Glenn Leopold and Davis Doi was a tremendous conduit for the Japan-based studio’s work. Director Jim Strenstrum did a great job here; every frame was evocative, emphasizing both lighting and design in a way that previous series hadn’t. Special mention must also be given to the music. There was something cool about hearing the big bands of the time, such as Third Eye Blind and Sky Cycle, lend their voices to the soundtrack. This gave the film the pomp and circumstance it deserved. Songs like “It’s Terror Time Again” or “The Ghost Is Here” still have emotional resonance for me.

Scooby-Doo on Zombie Island will always be one of the greatest entries in Scooby-Doo canon. With a formula-shaking premise and a fantastic cast, this film has everything a Scooby-Doo fan could want. I’ll always want to take a ferry ride to Moon Scar Island.