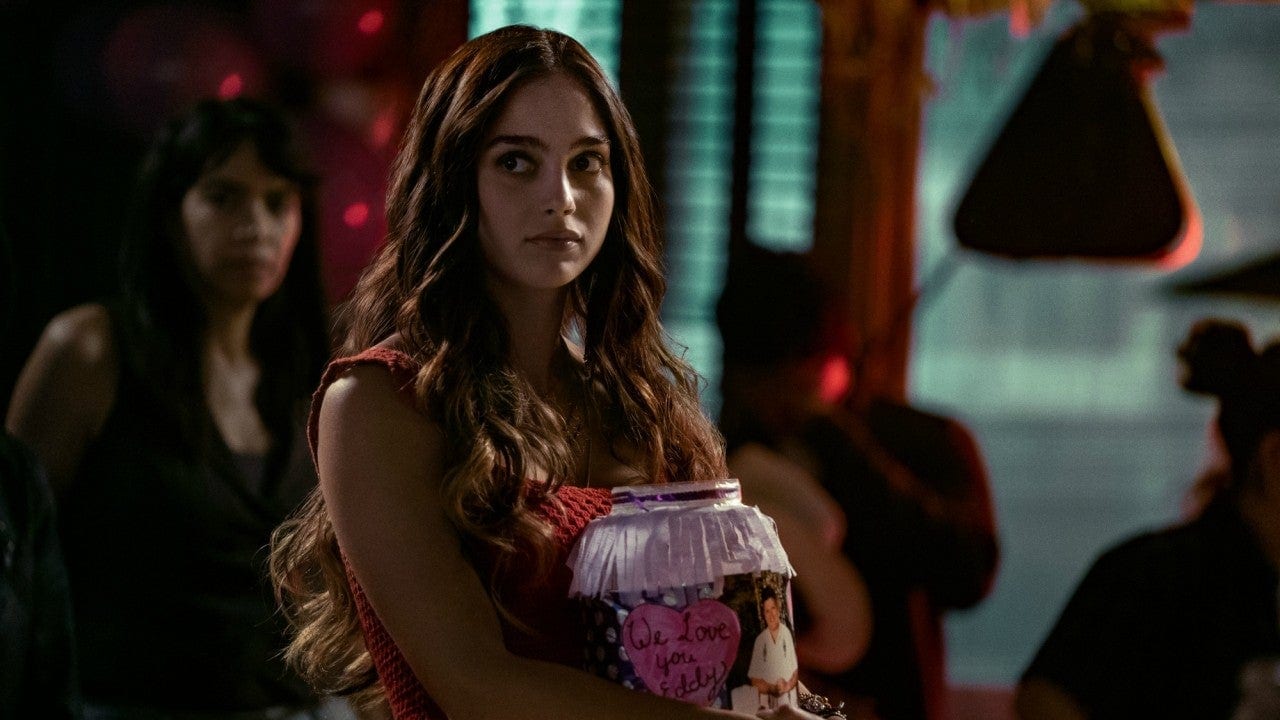 Ghostface is putting together his new hit list. According to a Deadline exclusive, Melissa Barrera has joined the cast of Scream 5. Barrera is best known for the Starz series Vida and will star in the upcoming movie In the Heights, based on the Broadway musical. Scream series regulars Courteney Cox and David Arquette will be reprising their roles of Gale Weathers and Dewey Riley in Scream 5; Neve Campbell is in talks to return as heroine Sidney Prescott. Scream 5 will be directed by Matt Bettinelli-Olpin and Tyler Gillett of Ready or Not fame, and written by James Vanderbilt and Guy Busick. Original writer Kevin Williamson will serve as an executive producer.  Scream 5 is scheduled to begin filming in the fall in Wilmington, North Carolina (somewhere that was scouted, but ultimately rejected, for the first film).

Casting for Scream 5 is in the cannon fodder phase, it would seem. That means I should get set to hear a bunch of names I’m too old to be able to recognize. Melissa Barrera is the first; I don’t know her from Adam, but she’s a pretty young person, so she fits the genre. It isn’t clear exactly what part she’ll play, so we can’t guess as to how long into Scream 5 she’ll make it. Unless they really screw this up, Sidney will be the final girl again (Scream 4 played with this idea quite inventively), so a great death will probably be the best these new people can hope to achieve. This is fine, and to be expected; Ghostface has to kill somebody. Courteney Cox and David Arquette are coming back, and it sounds like Neve Campbell will return as well; as long as the leads are still there (and the movie is good, of course), I’ll be happy.

Have you seen Melissa Barrera in anything? Are you looking forward to Scream 5? How much mileage do you think they’ll get out of smartphones? Let us know in the comments and stay tuned to Geeks + Gamers for more movie news!