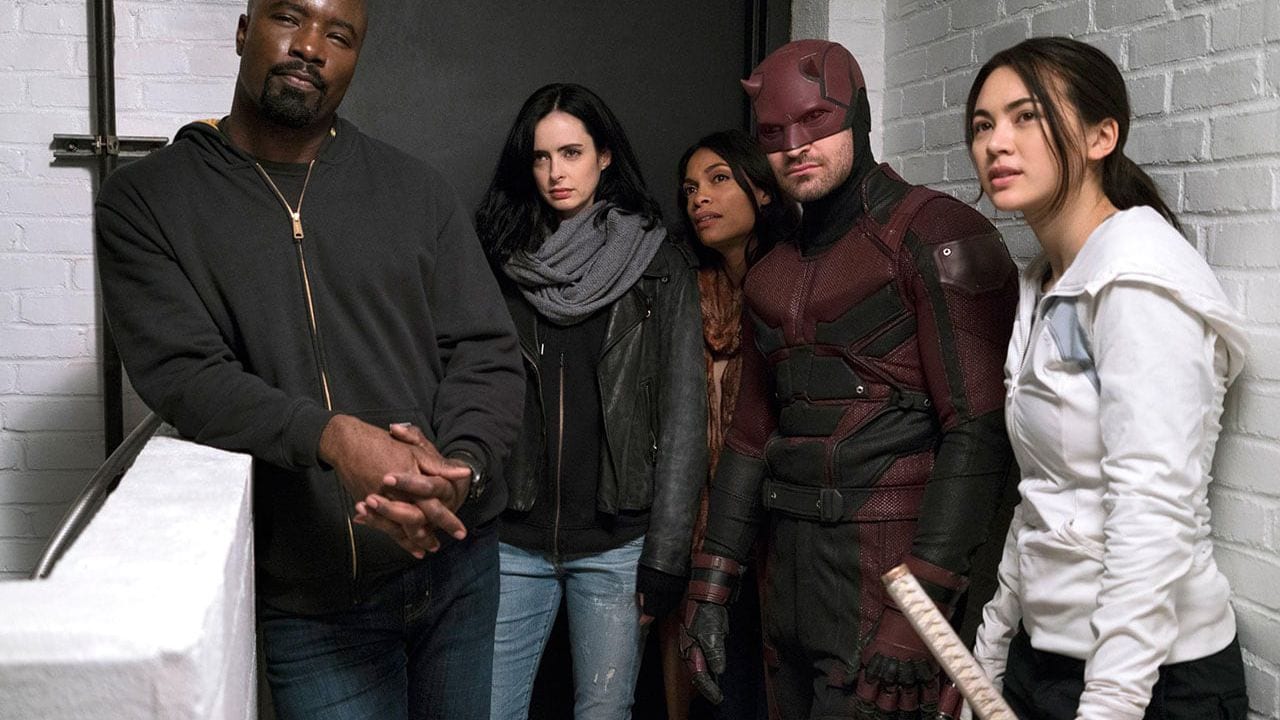 The Defenders may be returning, but not quite as we know them. According to That Hashtag Show, Daredevil, Jessica Jones, and the Punisher will show up in the Marvel Cinematic Universe, and they’ll be played by Charlie Cox, Krysten Ritter, and Jon Bernthal, as they were on their Netflix series. Vincent D’Onofrio will also be back as arch-villain Wilson Fisk, the Kingpin. Luke Cage and Iron Fist – whose shows weren’t as popular – won’t be arriving till later, and Mike Colter and Finn Jones will be recast. The rumor says that the characters will show up in supporting roles here and there, with Daredevil appearing in Spider-Man: No Way Home (along with everyone who’s ever been in a movie) and Kingpin in Echo, or possibly as a cameo in Hawkeye. Jessica Jones and The Punisher will pop up elsewhere on Disney+. Strangely, though, the characters will not be the versions from the Netflix series, but different versions played by the same actors.

That last part makes me think this is likely not true. I know Disney – and Hollywood in general – makes a lot of dumb decisions, but this is too weird. Why go to the trouble of bringing the actors back only to jettison all the character development from their previous appearances? Are they that desperate to keep from giving Netflix any business? It’s especially grating (if it’s true) because those shows went to a lot of trouble to fit into the MCU without disrupting the continuity – which is more than can be said for things like Agents of SHIELD or even Captain Marvel. I loved the way Daredevil used the Battle of New York at the end of The Avengers to establish why Hell’s Kitchen had become a crime-ridden hellhole again, rather than the safe neighborhood it had become since the character’s comic-book inception. Daredevil will be the biggest loss overall; the shows vary in quality, sometimes even from season to season, but Daredevil is in a class of its own, and the whole run is superb. If they wipe that out, they’re crazy. But, again, I suspect this is either untrue or just one of several ideas they’re kicking around the office at Marvel Studios.

Do you think this rumor is true? Would you like to see the Netflix Marvel heroes back? How hard do you think they laughed when asked if they should bring back Iron Fist? Let us know in the comments, and stay tuned to Geeks + Gamers for more Marvel news!

I’m kind of worried of how they will portray these already established characters to the MCU movies. If the rumors are true that they brought back the original actors to play their characters, I will be really excited as a fan of those shows. Not only that, I heard Kevin Feige wants to throw away the stories that these characters went through, if he does this, the fans of the Marvel TV side will be very disappointed. Doesn’t he want to please the fans of those shows? I heard from some rumors that he doesn’t consider the TV series of Marvel such as Agents of Shield, Daredevil, Jessica Jones, Cloak and Dagger, Runaways, etc canon to the main MCU because Jeff Loeb made them and supposedly him and Kevin Feige don’t get along; plus Kevin supposedly wants to create his own version of the characters. I would be really bummed if he doesn’t consider them canon and he doesn’t bring back the same actors from their respective roles of the shows. My favorites were Daredevil, Agents of Shield, Luke Cage, Punisher, Agent Carter and Jessica Jones(S1). Runaways and Cloak and Dagger were okay at best, those shows needed better writing in my opinion.

I would love for the Punisher to return. That show was awesome (especially first season). And I hope they would use Barracuda as a new villain. (first step is admittedly bringing the show back in the first place)