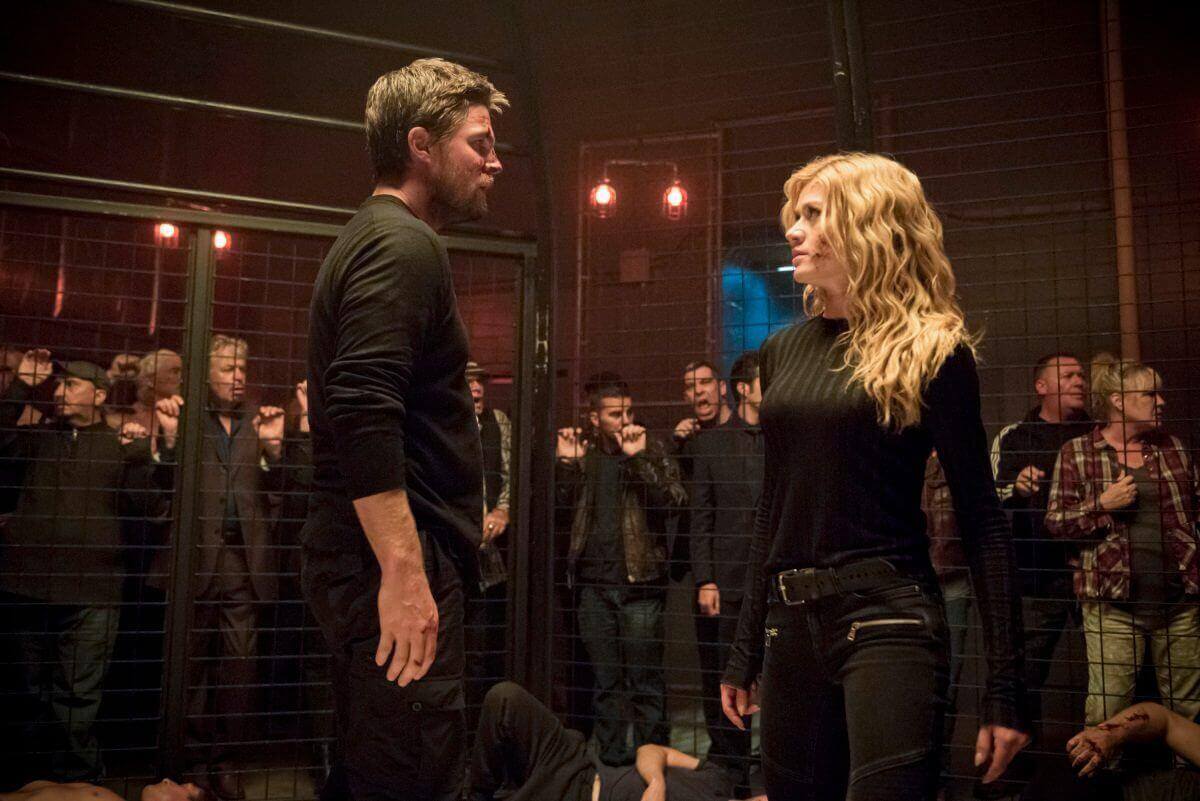 We have some new insight into what the much-anticipated Arrow spinoff will look like courtesy of the description of this season’s ninth and penultimate episode. The episode, entitled as both “Green Arrow and the Canaries” and “Livin In The Future,” finds Katherine McNamara’s Mia Queen living in 2040, having the life she’s always wanted, until Dinah and Laurel ask for help in tracking down a kidnapping victim, thus putting the three together to carry on Oliver’s crusade.

While this description gives us a few answers about what this Oliver-less episode will entail (something that still doesn’t sit right with me, especially given Oliver’s status as the Spectre, but I‘ll save that for the review), it also raises more questions. For one, it ratchets up the intrigue in the “Crisis on Infinite Earths” crossover’s final night. Mia always went by the last name “Smoak,” so I like the idea that she changes her name ostensibly to honor her father; this brings to mind a bit of early Arrow, in a way. Oliver’s daughter has constantly been fighting ever since we first met her in season seven, so it will be nice to see her content for a change, if only for a moment. I’m glad McNamara’s getting the chance to carry the Arrowverse forward, so here’s hoping that this backdoor pilot for the Arrow spinoff will live up to this heroic legacy. In addition, given the plans Rene, Laurel, and Dinah were making at the end of “Present Tense,” I’m excited to see the end result in this episode, and hopefully beyond when Green Arrow and the Canaries debuts this fall.

Are you excited to add a few new arrows to the quiver, or are you ready to fade out when the mother ship show comes to an end on January 28th? Let us know in the comments and stay tuned to Geeks + Gamers for more Arrowverse content.