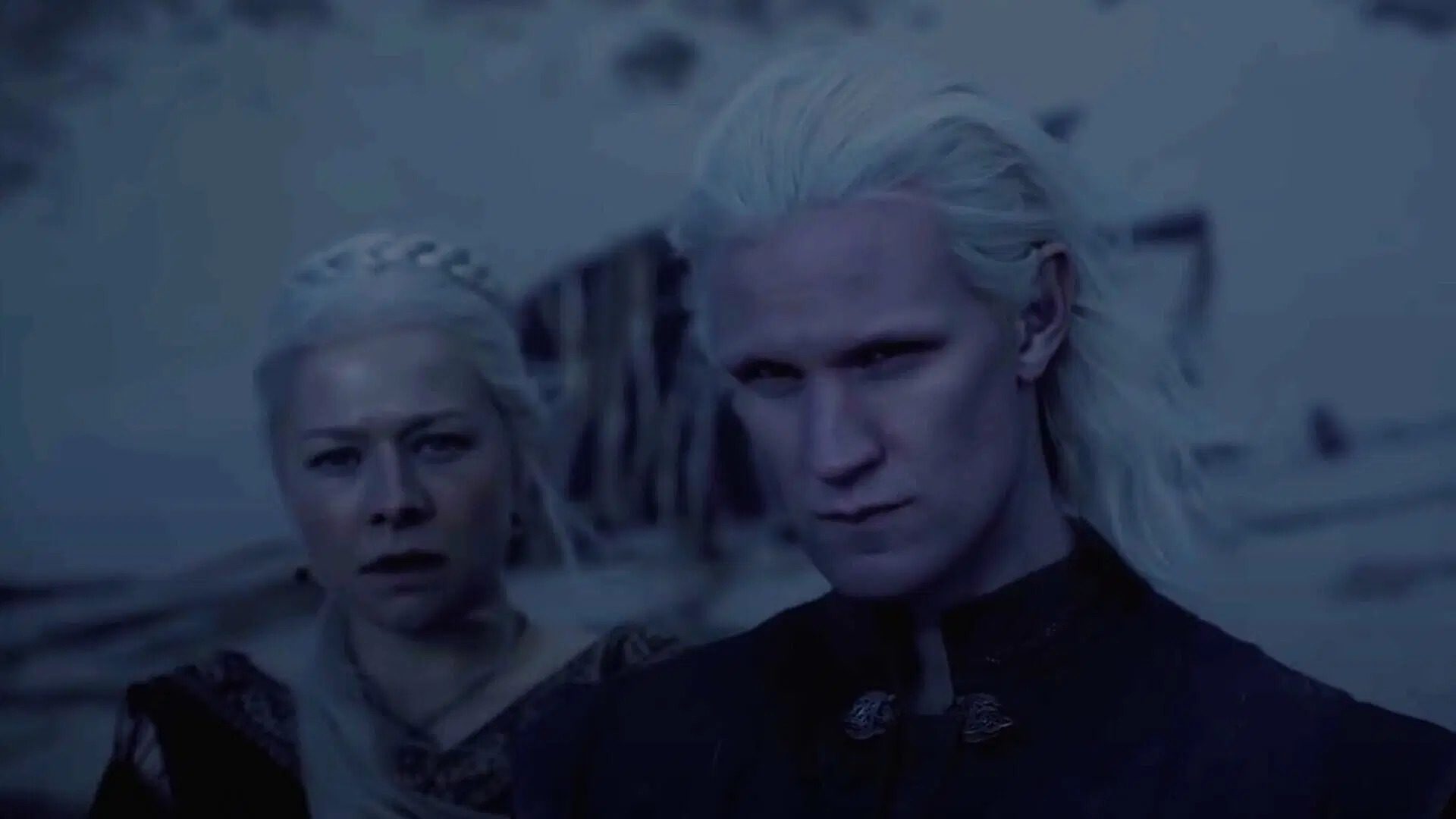 HBO is hoping people still want to see some fire and blood, as they’ve released a new House of the Dragon trailer. A prequel to the beloved-then-reviled fantasy series Game of Thrones (and based on George R.R. Martin’s A Song of Ice and Fire prequel novel, Fire and Blood, which he probably wrote specifically for this reason), House of the Dragon charts the downfall of House Targaryen, the lineage that would eventually produce Daenerys Targaryen and is, therefore, automatically the best one in the lore. Created by Martin and Ryan J. Condal, the latter of whom is serving as co-showrunner with Miguel Sapochnik, House of the Dragon stars Matt Smith, Emma D’Arcy, Paddy Considine, Olivia Cooke, and Rhys Ifans. It will premiere on HBO and HBO Max on August 21, 2022, and run for ten episodes in its first season. Check out the new House of the Dragon trailer below:

There’s no denying House of the Dragon looks good aesthetically. There are some great shots in the trailer, and the production values are excellent. I’m sure there’ll be cool battles and gory deaths, and the dragons will wreak havoc. But let’s be real; it’s hard to care about this show one way or the other. By and large, Game of Thrones fans feel burned (yep) by the series’ unceremonious wrap-up, a rushed ending forced by two bored hacks who wanted to move on to bigger and better things (and in doing so, ironically, assured they never would). Who cares about learning what led up to a disappointing story that went pretty much nowhere, especially one detailing the lineage of one of their most desecrated characters? What I noticed most in the trailer outside of the visuals is that HBO seems to get this, and House of the Dragon feels – albeit just from the advertising – like an attempt at a do-over. There’s a focus on the Iron Throne and who sits in it, women plotting while looking out of windows, implied treachery over power, and, most flagrantly, talk of “winning” an “ugly game.” Is this their way of saying, “We promise to get it right this time?” It’s probably the smartest move they could have made, but I don’t think it’ll be enough; we wanted to see this story told well through the characters we loved, not a bunch of stand-ins. And that’s not considering that this story can’t end like Game of Thrones did/should have, but that’s the folly of prequels.

What did you think of the House of the Dragon trailer? Will you be watching the show? Are the dragons going to burn a group of thinly-disguised “fans” who don’t like the way a play ended or something? Let us know in the comments, and stay tuned to Geeks + Gamers for more TV news!

Great article Unfortunately, this will probably be woke trash. I hope they at least make the Dragons smart. The ones in GOT were dumber than cats.

Right up until the last one suddenly understood symbolism and destroyed the Iron Throne in revenge for its representation of his mother’s thirst for power.