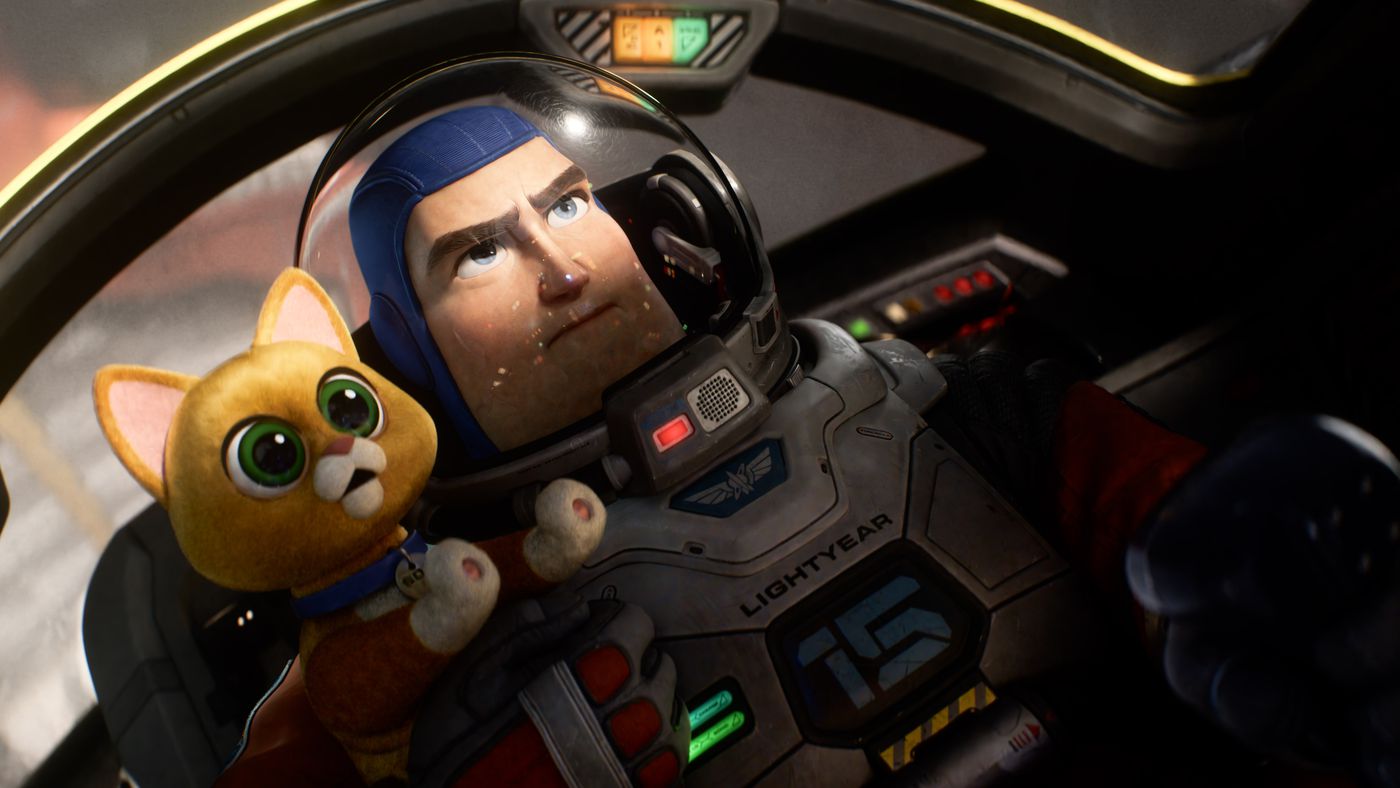 On Tuesday, February 8th, Disney/Pixar released the second trailer for their upcoming movie Lightyear. The film stars Chris Evans in the titular role and tells the story of the “real” Buzz Lightyear that inspired the action figure. This trailer reveals more than the first one, with Buzz stating that he and his co-workers have been stranded on a planet for a year. We also get a better look at Sox, his robot-cat companion. Lightyear comes out exclusively in theaters on June 17th. Check out the latest trailer here:

It goes without saying that the animation is spectacular. I especially like the effect where the stars stream over Buzz’s ship windows; it’s like jumping into hyperspace in Star Wars in reverse. The character designs are just the right amount of cartoony, neither falling into the uncanny valley or the dreaded CalArts art style. I would say I’m happy Lightyear is receiving a theatrical release, but it comes as no surprise. This movie is a Toy Story spin-off and a guaranteed money maker, unlike Pixar’s recent original films, which have all been relegated to free Disney+ premieres. Turning Red comes out in March and will be unceremoniously dumped on the streaming platform at no cost. Clearly, Lightyear is the studio’s A project this year, leaving the original story as the red-headed stepchild. It’s troubling that Disney sees Pixar’s content as unprofitable direct-to-streaming garbage unless it stars well-known characters.

As for the trailer itself, I don’t know how to feel. It looks great visually and has a distinct tone, but I just don’t see the need for another Buzz Lightyear origin story. I wish these resources and creativity went into a new project. We don’t need a pseudo-prequel to a franchise that should have stayed in the 90s. I’m going to see Lightyear out of curiosity and a sense of obligation. I’d be lying if I said I was excited for it, though.

Are you going to see Lightyear? What did you think of the trailer? Let us know in the comments below!

“It’s troubling that Disney sees Pixar’s content as unprofitable direct-to-streaming garbage unless it stars well-known characters.” – That’s not exactly the right take, Bob Chapek sees streaming as the future, so he’s putting most his eggs (content) in one basket (Disney+). Chapek is trying to turn Disney+ into a must-have streaming service so he’s putting as much content both original and legacy onto the platform as he can.