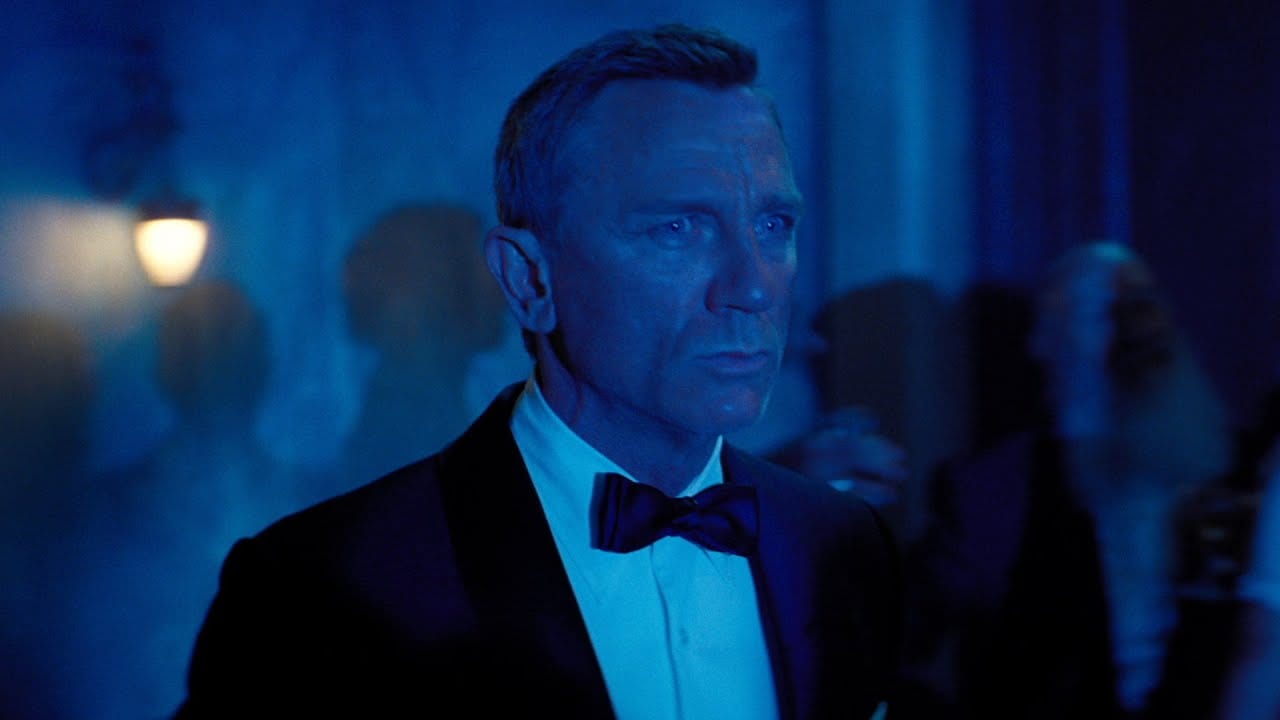 This Thursday marks the release of the second trailer for No Time to Die. Like basically every major movie originally slated to come out this summer, the 25th installment in the long-running James Bond film franchise has been delayed, in addition to suffering from behind the scenes complications. The latest, longer trailer provides a better look at Rami Malek’s Safin and comes as a sort of promise to stick to the new November release date. Check out the new No Time to Die trailer below:

Alex: The first thing that struck me about the new No Time to Die trailer was the music. The James Bond theme plays throughout, and it feels closer to the classic John Barry version than the newer ones in the more recent movies. That, combined with the title’s font – which is very reminiscent of From Russia With Love – and the Aston Martin DB-5, give it an old school Bond feel, and that excites me more than anything.

Virginia: I agree. I’ve had problems with some of the series’ music going back to the techno sound of the Brosnan films, and even the very dated sound of the Moore movies, to a lesser degree. The first spoken line in the trailer actually really hit me, and I may be reading into it, but I took it as a kind of refutation of the “Let the past die” nonsense we got from Star Wars (until they took a hard turn in the opposite direction). Also, this has nothing to do with anything important, but I just wanted to point out how gorgeous Ana de Armas looks in this trailer (as she always does).

A: That has everything to do with everything. She was a fantastic pick for a Bond Girl, and it looks like she’ll acquit herself well in action too (and we’ll have to pretend this is new for a Bond movie). That was a good line, and it reminded me of “The dead are alive” from SPECTRE, particularly because, right after he says that, Blofeld shows up again. I know Rami Malek is the main villain, and I’m sure he’ll be great, but I’m relieved we’re not done with his arch-nemesis.

V: People do love to forget that Bond Girls have always been badass as well as gorgeous. They do this a lot with older female characters in general. One comes out that kicks butt, and the media (as well as less knowledgeable film fans) claim it’s some kind of cinematic political revolution. I remember hearing that Christoph Waltz wanted to return if Daniel Craig did, so I’m not surprised he’s back, although it is a good thing. I look forward to seeing how he relates to and plays off Safin as the movie’s major threat. This trailer, much like the last one, has me wondering what it is that Madeleine is hiding. As an aside, I found the bit of dialogue between Lashana Lynch and Moneypenny kind of obnoxious. I know it’s basically standard trailer dialogue, but it leaves a bad taste in my mouth.

A: I didn’t mind Lashana Lynch as much this time. The last one felt like they were trying to play her up to Bond’s detriment, but this time he was squarely the focus. It sounds like that rumor that she would be the new 007 was wrong, or at least that they’ve changed it; Bond just refers to her as a new 00. I hope that means the fears were unfounded, and this will be classic Bond territory. Madeleine’s dark past should be intriguing; I assume it’s tied to Rami Malek, and Blofeld refers to him as his and Bond’s “common enemy.” What complicates that even more is that her father was one of Blofeld’s henchmen.

V: I think we talked about this after the first trailer, but I always suspected people were overreacting to Lynch’s character or exaggerating her importance. Madeleine will be a bigger part of the movie than her, and I even think de Armas could be. I think Lynch could even be good; in Captain Marvel, she frequently outshone the lead and she wasn’t even in it that much. For some reason, this character just seems annoying to me. She comes off as confrontational. But I don’t take trailers as any kind of indication anyway, so it doesn’t matter. I really like Safin’s mask and the voice Malek is doing, which is different from anything I’ve seen/heard from him.

A: The masks are very cool; they look a little like the Court of Owls from the newer Batman comics. His dialogue indicates that he’s a misguided altruist, maybe something akin to Thanos (which is funny when you consider Silva’s Joker-like escape from Skyfall). I think he’ll be great, and I look forward to seeing how he shakes out and how he draws Blofeld’s ire. I’m also glad Felix Leiter is back, after just getting a mention in SPECTRE.

V: Hopefully, they give Jeffrey Wright more to do than that last season of Westworld. He’s a great actor when he’s used well, and I’ve liked him as Felix (although my favorite Felix is David Hedison).

A: Mine is Rick Van Nutter; the perfect image of Felix from the books. But I liked Jeffrey Wright quite a bit in Casino Royale, and felt bad for him in Quantum of Solace, when it looked like he’d have his own subplot, only for it to dissipate into nothing, probably because of the writers’ strike. The No Time to Die trailer also has some spectacular-looking action; I love the shot of the Jeeps and motorcycles launching over the hill, and the slim little plane he and Loretta Lynch get into.

V: If the trailer is any indication, the movie should be gorgeously photographed too. It looks great when Safin looks down on what appears to be a frozen river.

A: It does look great, and that’s another relief after Sam Mendes left the series. I didn’t think we’d see anything close to his beautiful cinematography, and while we won’t know for sure until the movie comes out, it looks good so far.

What do you think of the new No Time to Die trailer? Are you excited for James Bond’s return? Will this movie actually be released in November, or ever? Let us know in the comments and stay tuned to Geeks + Gamers for more 007 news!

if this second trailer was the ACTUAL first and only trailer for the new bond film, i’d prob go see it opening weekend.
but since it isn’t, i will prob skip unless the youtube reviews are decent enough.
that first trailer was such a fucking turn off its unbelievable. rogue defected Bond for the 4th? straight fucking movie. how fucking many times are we going to see daniel craig leave the queens service? the color schemes looked horrible. the dialogue was shaping up to be a mess. and they didnt even look/feel like it was supposed to be a postive action film
even old slower calmer bonds from back in the day always had a decent positive vibe. you were following a dude as he saves the day some how some way. daniel craig bond is barely even a spy at the point. the series is a shootem up shit version of john wick style stories.( not throwing shade at wick, its just u dont watch wick for the plot)

I’m ready for Craig to mosey along. He’s by far my least favorite, and while I’ve grown to enjoy his movies for what they are, I want classic Bond back. Another thing that annoys me, and this seems to be a trend in movies and television lately, is watching him constantly have to learn and re-learn “how to be Bond.” Casino Royale was a reboot, then Quantum of Solace was more of that, with him finally becoming Bond at the end. Then he quits in Skyfall and has to spend the rest of the movie becoming Bond again. SPECTRE finally had him as Bond, but then he quits again at the end, and I’m sure in the next one he’ll have to learn how to do it again. It’s enough already. So I’m looking forward to a new Bond, hopefully one who actually wants to play him, and a return to the fun of old.