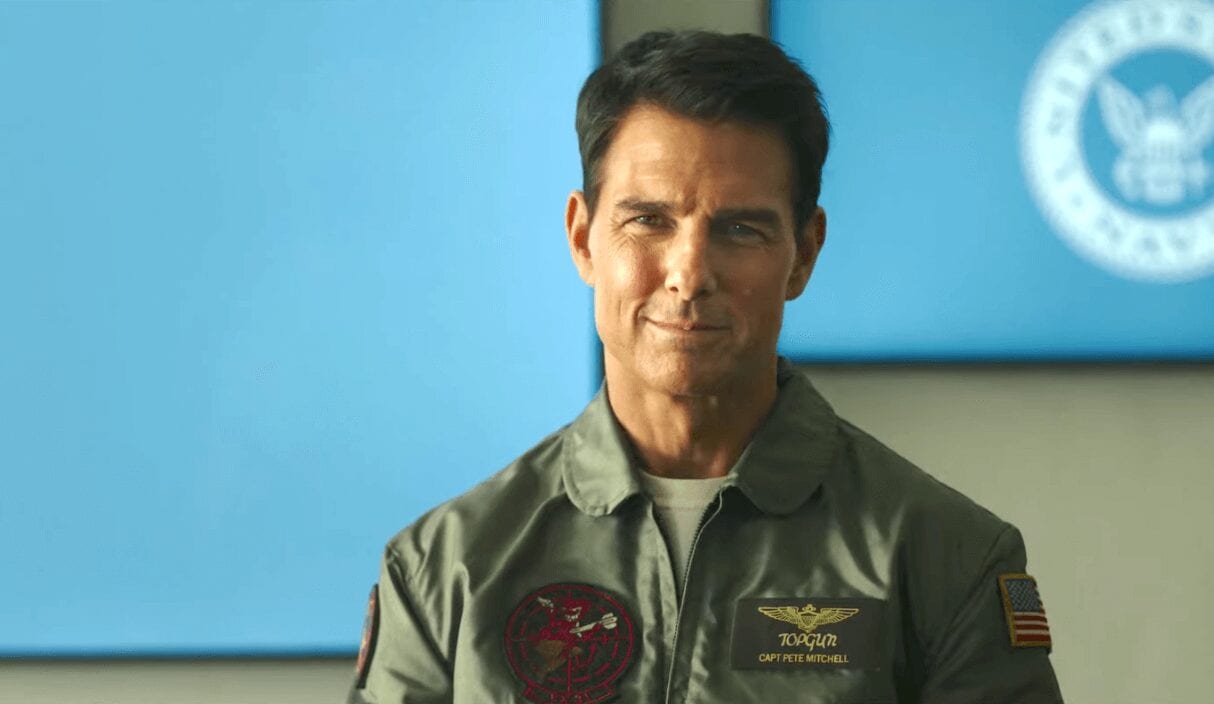 The Top Gun: Maverick trailer opens with a fighter jet flying over the mountains, followed by shots of our titular character as the Rear Admiral tells Maverick’s new students how their instructor’s exploits are legendary and that he has a lot to teach them. These words almost feel a bit meta given Cruise’s stature in the industry and the importance the Maverick character has had in pop culture, especially in terms of what the original film did for Navy recruitment. Save for a better look at Miles Teller‘s Bradley Bradshaw and Cruise’s Maverick saluting at what looks to be a funeral, this trailer covers pretty much the same territory the last one did, infusing the film with even more 80s nostalgia. With Kosinski having worked with Cruise before and given his past effort to bring back another legacy franchise with Tron: Legacy, I would expect nothing less. Not only has Cruise remained one of our few remaining movie stars, but his business acumen has been second to none as he continues working with artists who have proven their filmmaking mettle. In addition, while all too often there’s an attempt to reinvent the wheel when it comes to legacy characters, the Top Gun: Maverick trailer gives audiences what they’ve wanted for over 30 years: Tom Cruise back in the cockpit with a need for speed. I can’t wait to see more when the film hits theaters this June.

Does the Top Gun: Maverick trailer take your breath away, or are you done being Maverick’s Wingman? Let us know in the comments and stay tuned to Geeks + Gamers for more movie news!