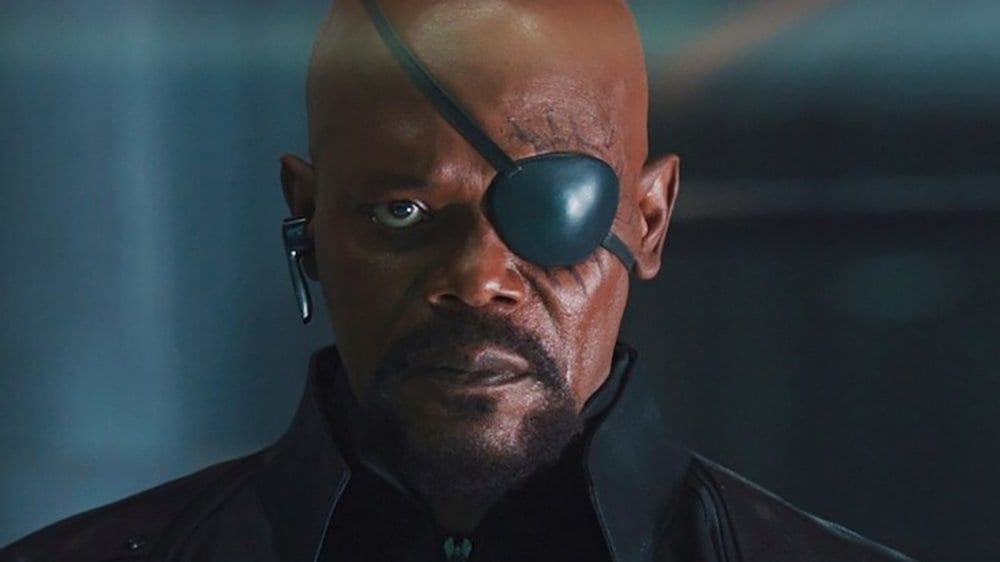 Marvel’s spymaster is making the most of his un-snapping. Variety exclusively reports that Nick Fury will be the next Marvel Cinematic Universe character to get his own TV show on Disney+. Samuel L. Jackson will return to play the role he made famous across the three phases of the MCU, and multiple sources tell Variety that Kyle Bradstreet – who has written for TV series Mr. Robot, Borgia, Copper, The Philanthropist, and Berlin Station – will serve as executive producer. There’s no word on when the Nick Fury series will take place, or what the plot will be. After the decimation of his agency SHIELD in Captain America: The Winter Soldier, Fury has been a sort of independent spy working to support the superheroes he once gathered. He was last seen in Spider-Man: Far From Home, having his actions throughout the film negated with the reveal that he and second-in-command Maria Hill were replaced by Skrulls while he was taking a fake vacation on a spaceship. There’s no timetable for the series either, but it’s safe to assume it will come after She-Hulk, which has just had its lead cast.

If they somehow retcon Nick Fury losing his eye because he played with a silly little kitty cat, I will forgive this show of any sins it may commit. I’m not sure what this series will be about; Nick Fury is great in the movies, but his role is a supporting one. I can imagine doing something with a younger Fury as he rises through SHIELD’s ranks, becoming more cynical and losing his ability to trust along the way, but I doubt they’re going to spend the money it would take to de-age71-year-old Samuel L. Jackson for an entire season of television. And in the wake of Black Widow, making yet another prequel probably won’t do the MCU’s momentum any favors. Speaking of Black Widow, it’s hard not to notice that Marvel seems to be throwing projects at every one of the old guard it can, no matter how much of a stretch it is. Robert Downey Jr. and Chris Evans probably aren’t coming back – not easily or cheaply, at least – but Scarlett Johansson can be coaxed back with the promise of taking center stage at long last, and Samuel L. Jackson will do pretty much anything he’s offered, so we’ve got a prequel with a dead character and a show about a guy who mostly either recruits or backs up superheroes. I get the impression Marvel is scared of jumping into untested waters, and while they will take some risks and try new things, they’ll also buttress those risks as best they can.

What do you think of a Nick Fury show? Is Marvel reaching too much in its efforts to keep some of its popular characters in the mix? Will a series based on that computer nerd from Winter Solider be next? Let us know in the comments and stick around Geeks + Gamers for more Marvel news!