The Aegis Blade Drives Her Way Onto the Ultimate Roster 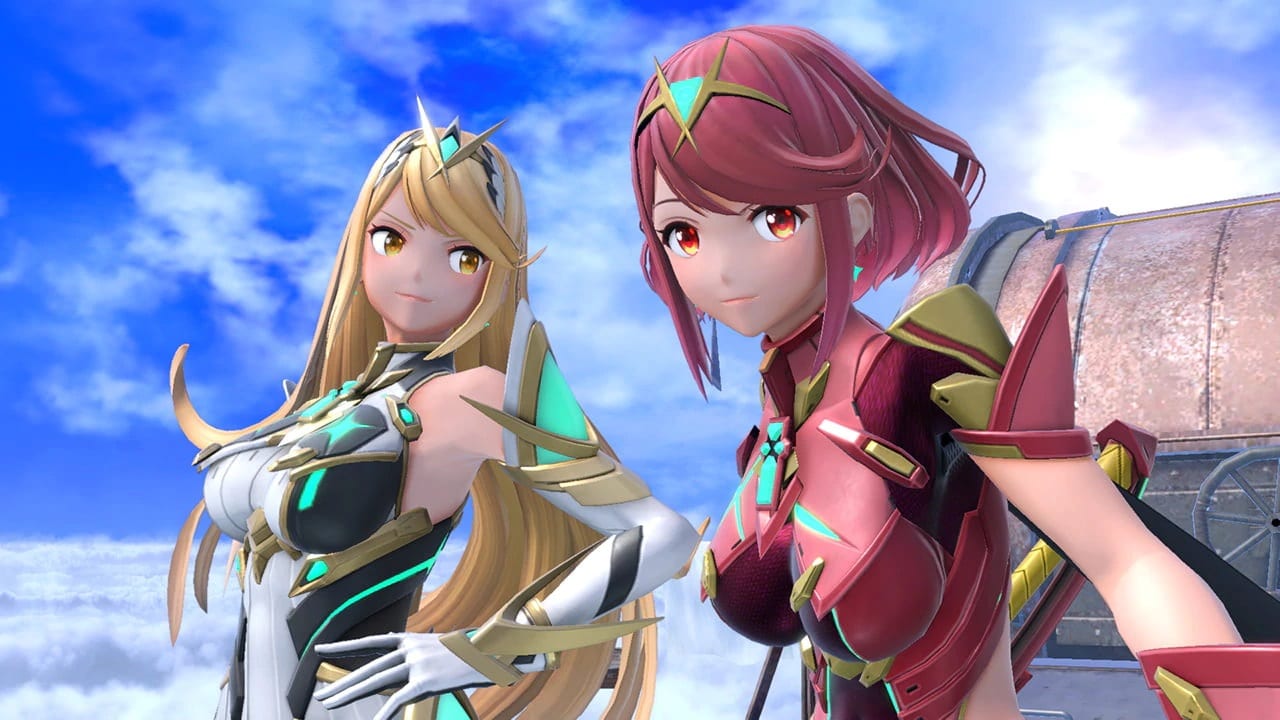 A new challenger has appeared! Each new fighter announcement for Super Smash Brothers Ultimate is always an event unto itself. The level of anticipation that leads up to the official announcement for the next addition to the party fighter’s roster cannot be overstated. And usually, so long as it isn’t the 85th character to be added from the Fire Emblem franchise (no hate here, I love using both Roy and Byleth) or something that no one – literally no one – asked for (I’m looking at you, Steve from Minecraft…), then it tends to be something that Smashers are eager to get their hands on and try out their honed skills with. Something special that Super Smash Bros. has been doing lately is pulling characters from franchisees that have never had a combatant in the series before. Last year we got Joker from Persona 5, one of my all-time favorite JRPGs, and now we have a fighter arriving from one of my other favorites!

Fans of Monolith Soft knew right away that they had something special in their hands when they picked up Xenoblade Chronicles 2. The developer is renowned for its fantastic storytelling and even more memorable characters. The main blade, a living weapon “piloted” by protagonist Rex, is Pyra. Pyra is known as the Aegis Blade, the most powerful of all, and she has unique powers and abilities afforded to her as a result. Additionally, Pyra is actually only 1 of the Aegis’ forms, and she has two more as well. Leading up to this Nintendo Direct, in which we had already been told we would be receiving a new Smash fighter announcement, I was once again praying for Rex to be a playable character. My hope was that he would function similarly to Pokémon Trainer in that he could swap the controlled fighter between the Aegis’ Pyra, Mythra, and Pneuma forms. That isn’t what we got, but I have no real complaints.

Pyra hits hard, utilizing her control over the fire element to burn away all opponents in her path. She looks to be of a mid-speed and weight tier amongst the roster. In addition to the ability to power up her smash attacks with fire, she has access to many of her signature elemental attacks from Xenoblade Chronicles 2, including Flame Nova, Prominence Revolt, and Blazing End. But there’s more; remember those alternate forms I mentioned? Well, Pyra can swap to her other primary form, Mythra. Mythra, who appears to play measurably faster than her fire-affinity counterpart, has an entirely different move set with access to Lightning Buster, Photon Edge, Ray of Punishment, Chroma Dust. To shake things up even more, Mythra gains access to another ability from Xenoblade 2, Foresight, which functions as a counter of sorts, similar to that of Marth, Roy, Ike, etc. You can swap back and forth between Aegis forms at will, just as Pokémon Trainer can cycle through Squirtle, Ivysaur, and Charizard. However, just as with Pokémon Trainer, you appear to be temporarily vulnerable when swapping, so timing will be critical. Her Final Smash attack also varies with her form: Burning Sword for Pyra and Sacred Arrow for Mythra. 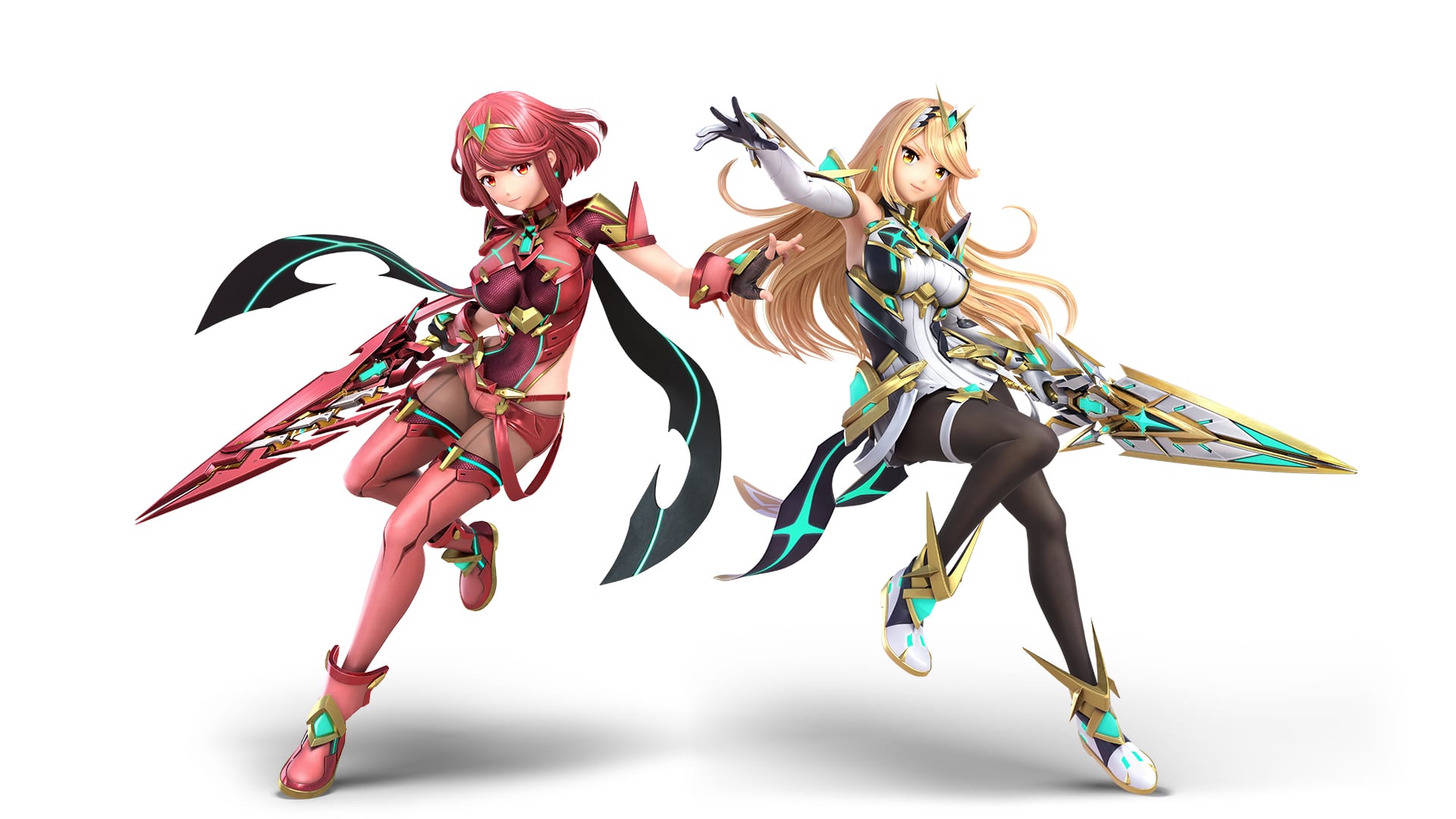 New fighters always bring with them new stages and music tracks from their respective games, and Pyra/Mythra will be no different. The location in question is atop the back of Azurda “Gramps,” a small titan character from the game. Functionally, it’s relatively small – comparative to Kirby’s Dreamland stage in its size, so there won’t be a lot of wiggle room, which could potentially work in Pyra’s favor, as she seems to have substantial reach. Pyra/Mythra, along with her stage, will be coming in March 2021 on the Nintendo Switch eShop or included in the Super Smash Bros. Ultimate Fighter Pass 2 if you have that.

Are you excited for the next challenger to arrive in Super Smash Bros.? Who were you hoping to get announced? Who would you like to see announced as a future DLC fighter? Let us know in the comments below!

Every new fighter this season has disappointed me. I have little hope left, but the two characters I would love to see are waluigi and Master Chief. Pray for me.

I was ecstatic to learn about their inclusion! I love Xenoblade Chronicles 2 and they fight as perfectly as I could imagine. Most of the Ultimate newcomers I have no particular interest in, and they were great choices in my opinion. I can’t wait to see who the last two are. i’m hoping for Crash Bandicoot for at least one of them, and maybe Dante, fropm DMC.