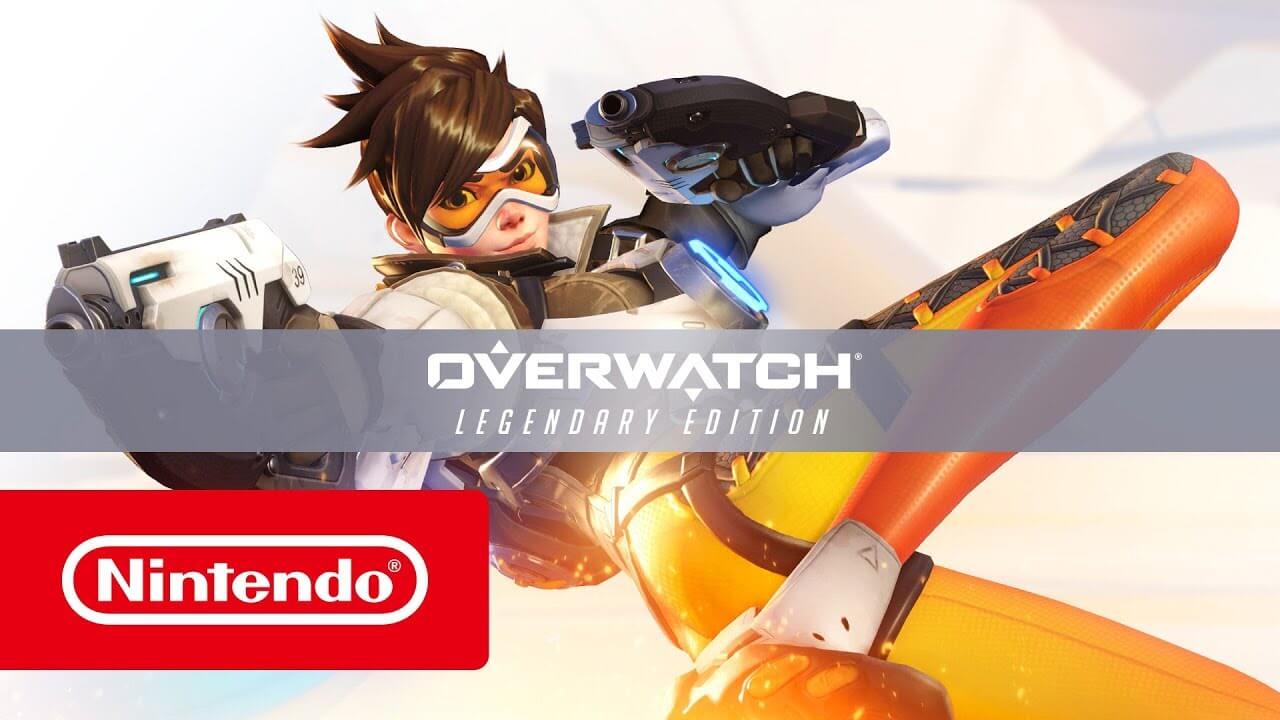 As has become standard fare for Nintendo since even before the start of the Switch’s console life cycle, this week’s Direct brought a bevy of title reveals both new and newly fleshed out. Some of the announcements came as a big shock while others confirmed long-hypothesized rumors. Now that we are well into the back half of 2019, we’re gearing up for the veritable title wave that September and its succeeding months tend to bring. This month, the gaming giant kicked off the fall season with a host of game release announcements that set the internet ablaze!

Since Blizzard’s porting of their mega-hit dungeon-crawler, Diablo III: The Eternal Collection, on the Nintendo Switch, fans of the famous developer have been clamoring for one title, in particular, to make its way over to the hybrid console: Overwatch. The objective-based, 6v6 team shooter has been an astounding success from launch, and adding this title to the available multiplayer games that aren’t named Mario Kart 8 Deluxe or Super Smash Bros. Ultimate will be a massive boon for the system. The Switch already has Fortnite and Minecraft, so the hardware has already proven itself capable where more animated graphics are concerned. This, combined with Overwatch’s comparatively small storage requirements and a far more all-audiences set of content, makes the Nintendo Switch a perfect addition to the platforms it can call home on October 15th.

Something that Nintendo fans have grown accustomed to is new Super Smash Bros. content being revealed during many of these Direct streams, and this one was no exception. Not only did we receive new gameplay for Banjo & Kazooie (who were also given the surprise release date of dropping almost immediately after the stream ended), but it was also revealed that Terry Bogard from Fatal Fury would be joining the Super Smash Bros. Ultimate roster sometime this November. We were also treated to more skins for the Mii Fighter characters, including some Mega-Man love! Additionally, it was announced that even more characters, beyond the initial 5 for the Fighter Pass, are in development right now, so we can expect this to truly be the Ultimate roster for the series! Following the stream, Super Smash Bros. franchise director Masahiro Sakurai showed off some far more in-depth gameplay for Banjo & Kazooie, including their entire move set and showing them in action against a pair of CPU characters. Sakurai-san also set Twitter on fire by comically thanking Microsoft, who presently owns the rights to the Banjo-Kazooie franchise, for allowing them to join the battle and telling everyone to go download and play the original three games on an Xbox One console.

It would be a gross understatement to say that fans of the Animal Crossing series were disappointed when Nintendo announced that the game would be delayed until spring of 2020, but that hasn’t stopped them from teasing players with tantalizing tidbits of gameplay features. This Direct marked the most extensive look that we’ve had at the game since its announcement, and from what we’ve seen so far, Animal Crossing for the Switch is looking to set sail for New Horizons for the franchise!

The most important title(s) for Nintendo this year are, of course, none other than Pokémon Sword and Pokémon Shield in November. Pokémon is nothing short of a mega-hit seller whenever a new game comes out, and the first true, full-fledged, new outing on a home console is just the NOS boost that the Switch could use going into the Christmas season. While not a great deal of time was spent on the tandem of games, we were introduced to two new Pokémon species as well as some new features for the games. Trainers will be able to set up campsites in the wild to rest their tired Running Shoes and the paws of their Pocket Monster companions. In addition, there is a multiplayer facet to camping which allows trainers to bring their Pokémon to play with those of others. Cooking is also a new feature with various benefits, but the fact that it is curry on rice that you’re making is enough to have me sold. Arguably, the most important revelation from the Direct was the new depth of customization of your trainer character which we are afforded. Far beyond the formerly present handful of hairstyles, hats, tops, and pants, we may now add additional layers of clothing like outerwear, and the number of clothing pieces appears to have been dramatically increased even to include some outfits worn by gym leaders. Far more hairstyles seem to be available, and they’ve also added makeup options for female trainers. While the game is a far stone’s throw from being Skyrim in its customization options, being able to make a far more unique trainer to your liking adds a personal touch that has been missing from the series for a while now and I’m thrilled to see it.

As previously stated, some of the reveals at the Direct were out of left field, and arguably none more so than the announcement of a sequel to the GameCube psychological thriller Deadly Premonition. Deadly Premonition 2: A Blessing in Disguise will be out in 2020, but to tide gamers over, Deadly Premonition: Origins was announced as a remastered port of the original game and made available on the Switch eShop right away!

I’m going to have to geek the heck out at this next one; ever since the release of Xenoblade Chronicles 2, fans of Monolith Soft’s storied sci-fi fantasy RPG franchise have pleaded for ports of the prior entries in the series. We now have confirmation that next year, Nintendo Switch owners will be able to play the original Xenoblade Chronicles, which was originally released for the Nintendo Wii console. Apart from altered controls and cleaned up visuals, not much can be garnered from the brief trailer, but this does give one hope that we may also see the underrated Xenoblade Chronicles X and perhaps even the Xenosaga Trilogy make its way onto the platform – one can only hope…

One of the biggest announcements of the day was something that Switch owners have been expecting for some time now: Super Nintendo titles are coming to Nintendo Switch Online. Twenty titles will be available at launch, including some of the most important ones, such as Super Mario World, The Legend of Zelda: A Link to the Past, Super Metroid, and Yoshi’s Island. Nintendo also revealed a special SNES wireless controller that will be available for pre-order and purchase to add some more authenticity to your retro gaming experience. The highly anticipated Halloween release of Luigi’s Mansion 3: Haunted Hotel also showed off a new multiplayer mode called ScreamPark, wherein up to 8 players can split into teams of 2 in a race to see who can capture the most ghosts. Between ScreamPark and the previously revealed Scarescraper modes, Luigi’s Mansion 3 is shaping up to be a great spookfest of fun for the whole family!

Some surprise ports were announced at the Direct as well, including the Assassin’s Creed: Rebel Collection (which bundles Assasin’s Creed IV: Black Flag and Assassin’s Creed: Rogue), Divinity Original Sin II, Outerworlds, and more. But none came as more of a shock than Doom 64 and Star Wars Jedi Knight 2: Jedi Outcast. That last title is a fan favorite among Star Wars games, and the complete surprise announcement of the port to the Nintendo Switch immediately had gamers doing headspins. Many other previously announced Switch games received brief screen time to show off new gameplay as well, including The Legend of Zelda: Link’s Awakening, Tokyo Mirage Sessions #FE Encore, Trials of Mana, and Dragon Quest XI S: Echoes of an Elusive Age. Nintendo was heavily criticized the last two console cycles for not having enough (or the right kind of) third-party software support, but they are clearly looking not to make the same mistake thrice.

Which Direct-announced titles are you most excited for? Personally, I am beyond hyped for Xenoblade Chronicles and Trials of Mana. Stay tuned to Geeks + Gamers for more Switch news! And if you didn’t catch Mr. Sakurai’s post-stream gameplay video of Banjo & Kazooie, be sure to check it out below!